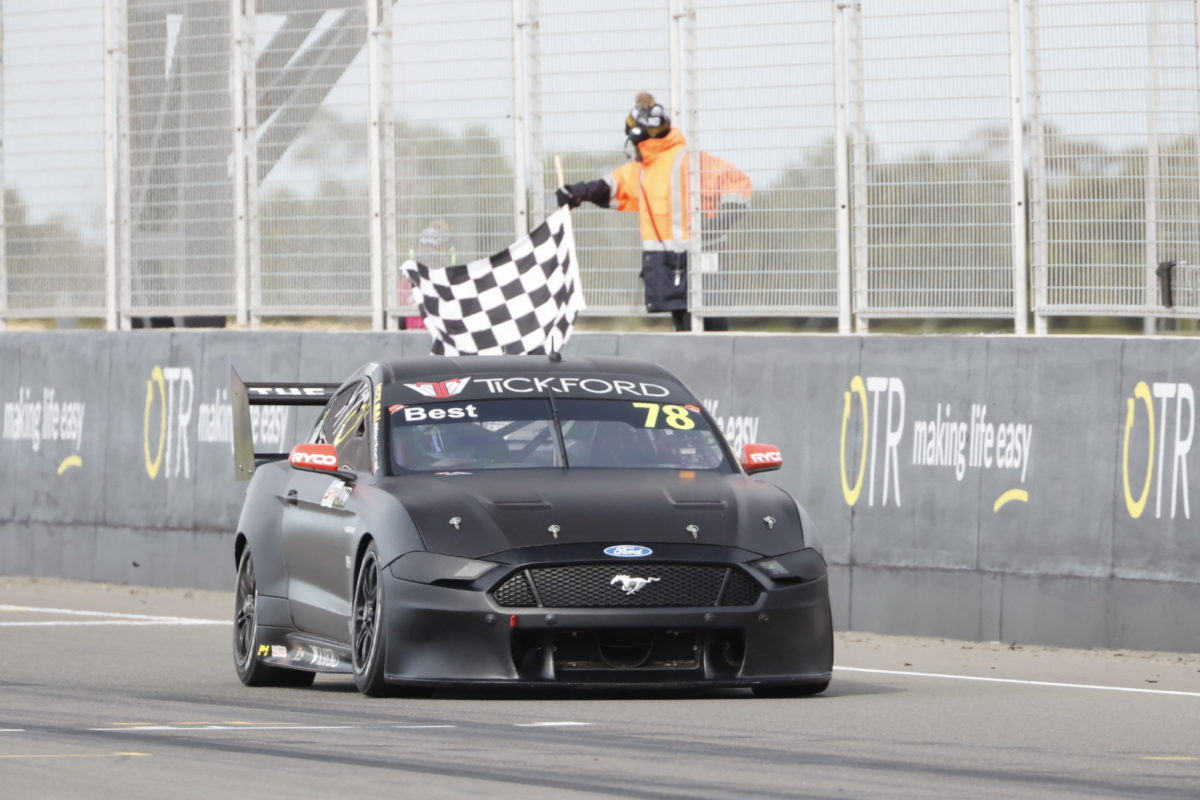 Zak Best has been left almost speechless after qualifying on pole position for Race 21 of the Repco Supercars Championship at The Bend.

In just his second event start as a solo driver, the Tickford Racing wildcard will be at the head of the field when lights go out for the opening 24-lap encounter at the OTR SuperSprint.

“I wasn’t expecting this; I don’t really know what to say,” remarked Best.

“Just pieced it all together finally, and it was good enough for pole.”

The 20-year-old went early for his only run in Part 3 of the knockout session and clocked a 1:47.8168s which proved 0.0223s than Shane van Gisbergen could manage.

Best is thus set to share the front row with none other than the two-time champion.

“Just got to get it off the line first thing and then just try and stay out of trouble, it will all sort itself out.

“I didn’t expect all these cameras down, this end of pit lane.

“It’s just so surreal; I don’t know what to say really.”

Two Tickford cars made the top three, with Waters, who won the final race of last year’s Tailem bend event, clocking a 1:47.9387s in the #6 Monster Energy Mustang.