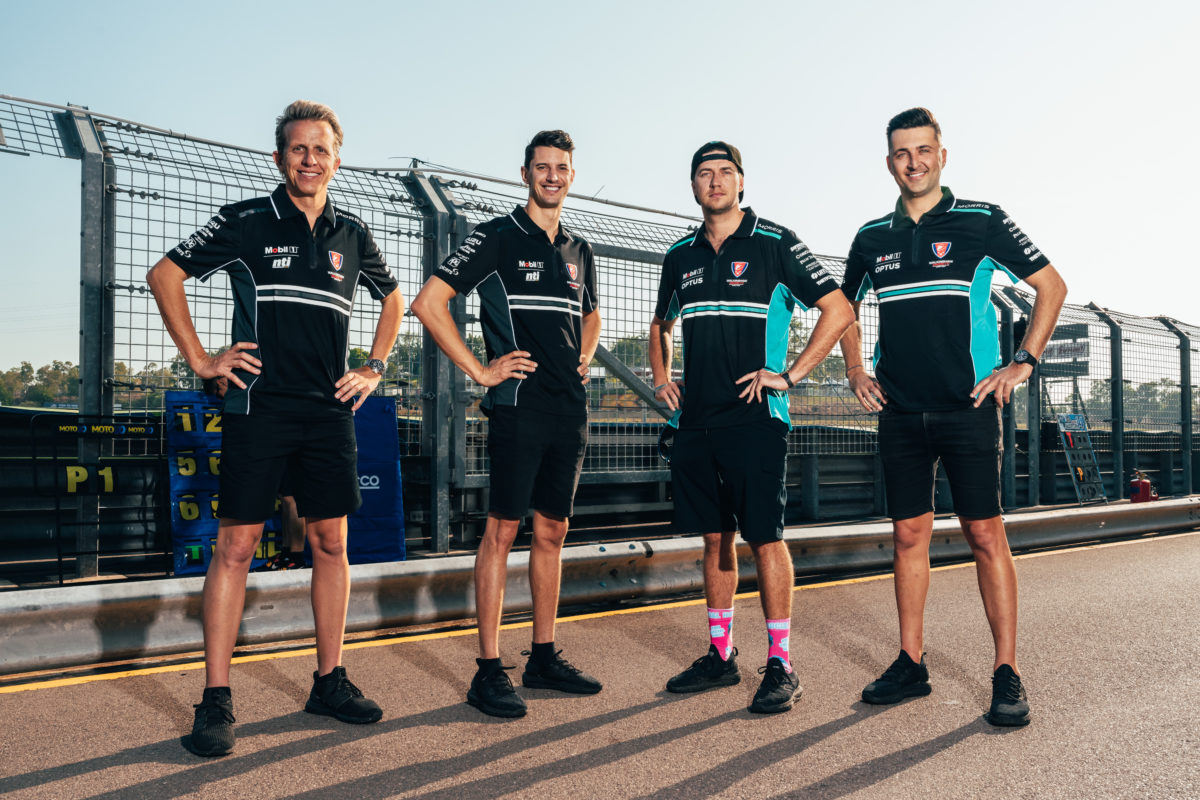 Walkinshaw Andretti United has finalised its driver pairings for this year’s Repco Bathurst 1000.

As expected, 2021 Great Race winner Chaz Mostert will be partnered by Fabian Coulthard in the #25 Mobil 1 Optus Racing entry, and Nick Percat by Warren Luff in the #2 Mobil 1 NTI Racing entry.

For Coulthard, the drive represents a return to the team after two years full-time with what was known then as Walkinshaw Racing, in the 2010 and 2011 Supercars seasons.

In the years since, he has had stints at Brad Jones Racing, DJR Team Penske, and Team Sydney, before the latter abruptly morphed into PremiAir Racing in the last off-season.

It was then that he was snapped up for enduro duties by WAU, and has also been getting seat time with race-winning performances in the Supercheap Auto TCR Australia Series.

“I’m really excited to be teaming up with Chaz in the Mobil 1 Optus Racing No. 25 this year; we are working really well together,” said the 2017 Great Race podium finisher.

“Being close to the team inside the garage has been awesome, I felt right at home from that start, and it’s been great spending time at the track and seeing how everyone works operationally – it all helps with just the one enduro this season.

“We will have one final test day before we head to Bathurst which will be important, but I’m really excited to see what we can achieve at The Mountain in October that’s for sure.”

Luff is preparing for his ninth Bathurst 1000 with WAU, having already scored four Great Race podiums for the team out of his six in total.

“It’s fantastic to be alongside Nick this year in the Mobil 1 NTI Racing No. 2,” said the two-time Sandown 500 winner.

“It’s been great working with him so far this year, I think we are very similar in terms of what we would like out of the car, so it’s all been really smooth.

“I’ve spent a lot of time inside the garage this year which has been great, and something that wasn’t as easy the last few years, so that definitely helps as well.

“Bathurst preparations will start to ramp up soon, I’m looking forward to getting back in the car for our final test day, and then of course getting to Bathurst.”

Holdsworth was set to stay on as a co-driver until WAU opted to release him such that he could make a return to full-time Supercars competition this year with Grove Racing.

Coulthard’s signing was announced in February, although the Clayton-based outfit did not confirm driver pairings at that time.

Event 8 of the Supercars Championship takes place this weekend at The Bend, with Practice 1 at the OTR SuperSprint taking place tomorrow from 09:45 local time/10:15 AEST.