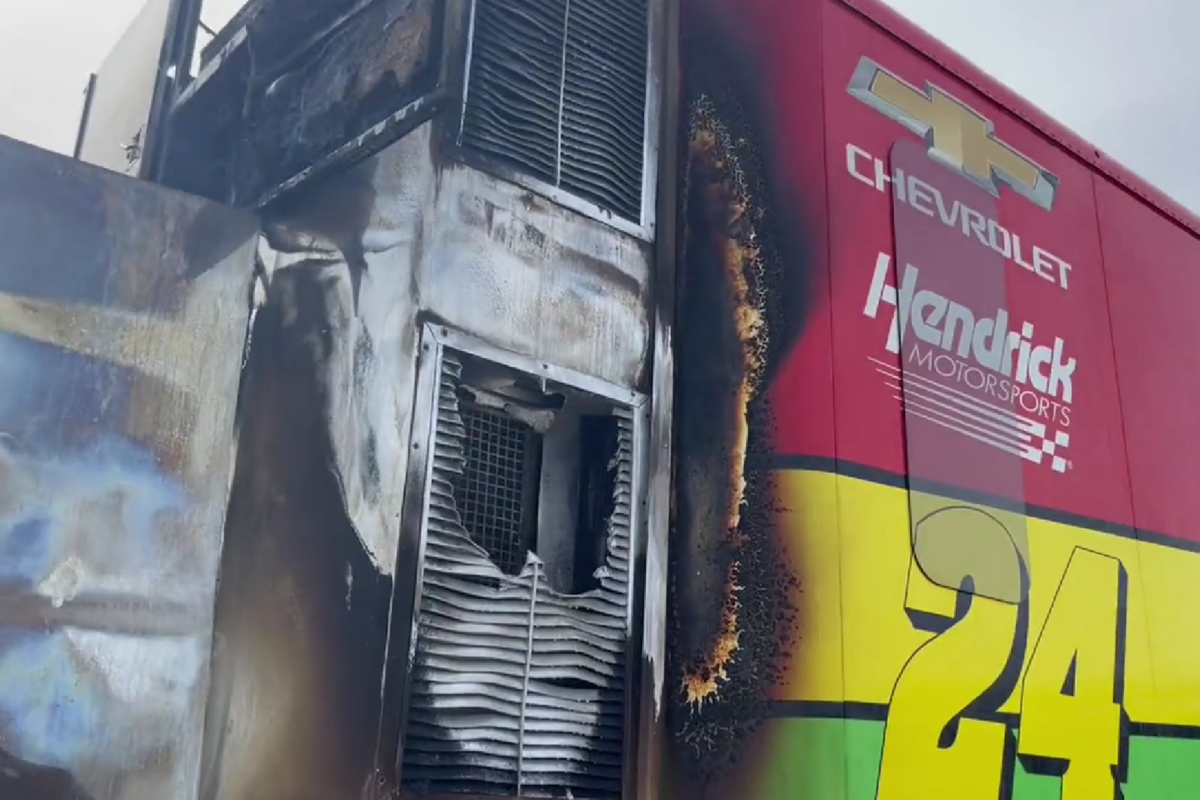 A Hendrick Motorsports transporter has caught fire outside Indianapolis Motor Speedway ahead of this weekend’s NASCAR/IndyCar event.

Footage of the incident, said to have occurred across the road from the race track, was captured by Fox Sports (United States) NASCAR reporter Bob Pockrass.

The transporter in question was that of William Byron, who drives the #24 Chevrolet Camaro in the Cup Series.

The car was unloaded by the team and appears to have not sustained any damage, although it seems to be covered in soot.

Reportedly, no one was injured as a result of the blaze, which occurred in the generator unit at the front of the transporter.

Hendrick is currently on top of the NASCAR Cup Series standings courtesy of Chase Elliott, who was classified the winner last time out at Pocono when two of the Joe Gibbs Racing Camrys were disqualified.

In the other Hendrick entries, Kyle Larson holds fourth, Byron is ninth, and Bowman 11th.

The Brickyard road course plays host to IndyCar and the top two tiers of NASCAR this weekend, practice for the former tonight at 23:30 AEST.

IndyCar Practice, Qualifying, and the Race itself can be seen live and ad-free on Stan Sport.

The William Byron hauler generator apparently caught on fire. Team has unloaded the car and it appears OK. pic.twitter.com/VLCfGZE1dh