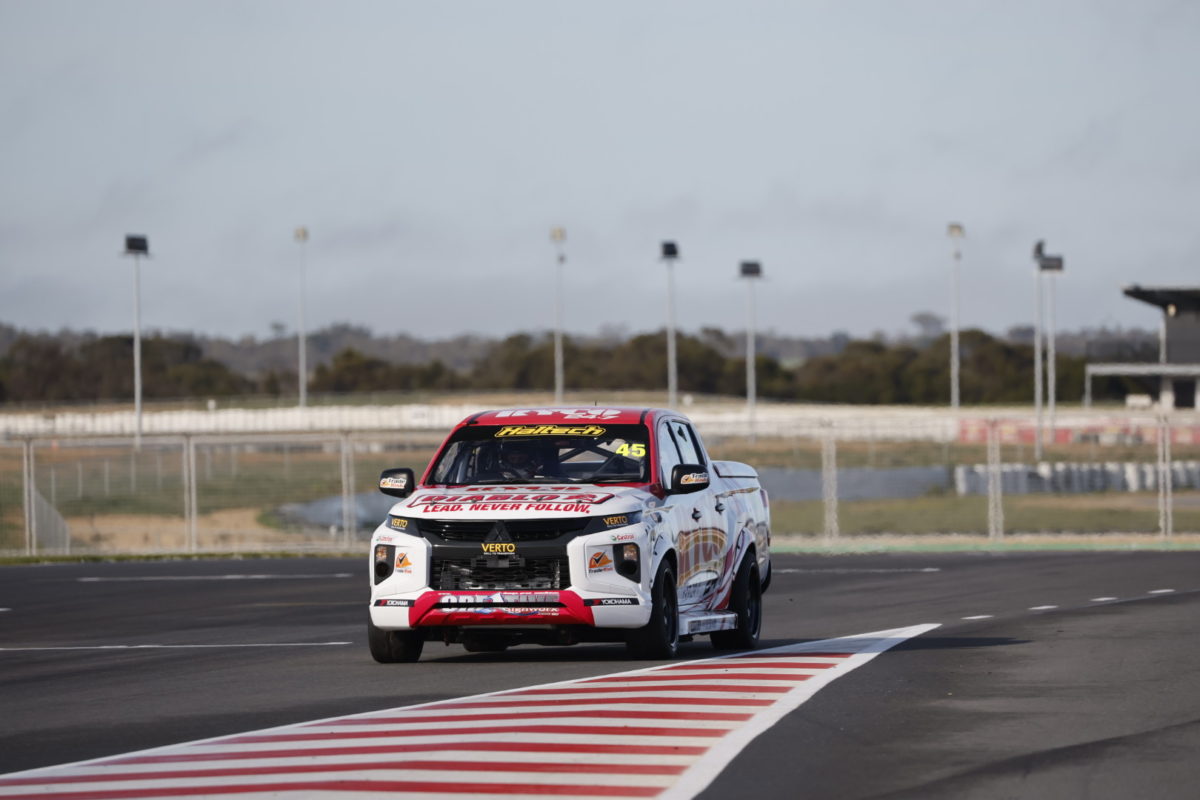 The former Dunlop Super2 Series and V8 Utes driver posted a 2:12.0415s on the opening lap of the 15-minute hit-out, to secure pole position in his Ryco Racing Mitsubishi Triton.

It marks an impressive outing for the West Australian, who is substituting for Craig Dontas, who is recovering from a hand injury he sustained during the previous round in late May.

Series leader Aaron Borg in the ACDelco Sieders Racing Team Holden Colorado qualified on the front row of the grid with a 2.12.0985s, while team-mate David Sieders was third fastest with a 2:12.1027s in his Mitsubishi Triton.