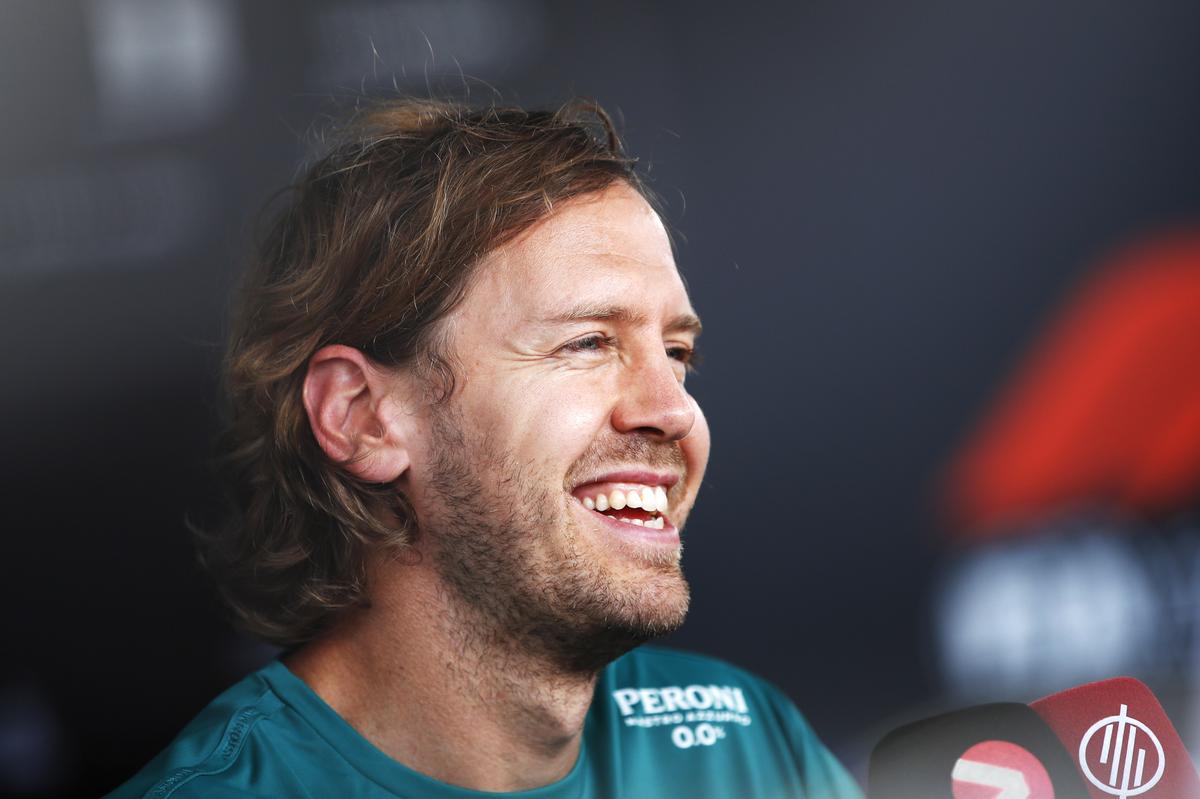 Sebastian Vettel’s rivals have paid tribute to him following news he’ll retire from Formula 1 at the end of the season.

Vettel will bring the curtain down on an F1 career that began in 2007 and has seen him claim four world championships to become a giant of the sport.

While a divisive personality at the height of his powers in F1, when he was partnered by Mark Webber at Red Bull, his public persona has eased in latter years as he has increasingly championed social and environmental issues.

Vettel is also a key figure within the sport as a director of the Grand Prix Drivers’ Association (GPDA), where he works on behalf of all 20 drivers for improved safety and representation in decision making processes.

“It’s sad, of course, because you’re losing a bit of a legend of the sport really,” began Daniel Ricciardo.

“Obviously, I personally spent some time alongside him, which was for sure a privilege.

“It’s one of those; you’re sad, but also happy for him now to start chapter two of his life.”

Ricciardo was team-mate to Vettel at Red Bull, winning their intra-team battle in 2014 before the German headed to Ferrari the following season.

“He’s fast, but he’s just, I think, very in tune, very knowledgeable about the car, the team, the sport,” the Australian said of his time alongside Vettel.

“He just lived and breathed it.

“I know it sounds kind of simple, but he just knew everything that was going on.

“You can never count him out, you know.”

“He’s achieved so much in this sport,” the Canadian said.

“He’s been a great team-mate. I’ve really enjoyed working alongside Seb for the last year and a half – we still have half a season to go.

“This was a chapter in his life that he’s now moving on from, and he has a family and home and other things to look forward to in life, so I wish him all the best going forward.”

Vettel enjoyed the bulk of his success, and all of his world titles with Red Bull, with the team’s most recent world champion also paying tribute.

“He has achieved so much in the sport that it’s fully understandable for him to retire,” said Max Verstappen.

“He’s a great ambassador for the sport,” he added.

“I think it’s important now that he’s just going to enjoy his life with the family, because everyone has such a short period of time in your life that, you work so hard to achieve all these things he has achieved, and now it’s time to enjoy it.”

George Russell, who is also a director of the GPDA, said Vettel will be difficult to replace.

“The intellect that Sebastian has, and sharing quite a few meetings with him behind the scenes talking to the FIA or F1 or whoever it may be, you do learn how much general knowledge he has, how much Formula 1 knowledge he has,” Russell said.

“I’m sure that also goes into the technical side, so I think it’s quite inspiring to see how he conducts himself and his business.

“Above all, he’s just a great, great bloke, great human being, and I think in the world today we lack a lot of people like Seb, so I’m sure he’ll be missed.”

Valtteri Bottas went so far as to suggest the German should remain in his role with the GPDA.

“It’s quite hard to replace Seb in that kind of role, because [of] the way he is,” the Alfa Romeo Sauber driver ventured.

“He’s really straightforward and direct, doesn’t go around things to say things as they are, and questioned many, many things loudly.

“I hope he continues,” he added.

“Not sure if he’s keen, but if would be great if he can continue.”

At season’s end, Vettel will leave the sport with four world titles, 53 wins, 122 podiums, and 57 pole positions and, all going to plan, 299 grand prix starts.

It’s a record that leaves him third on the list of most race wins, and tied with Alain Prost for third when it comes to the most world championship victories in F1 history.