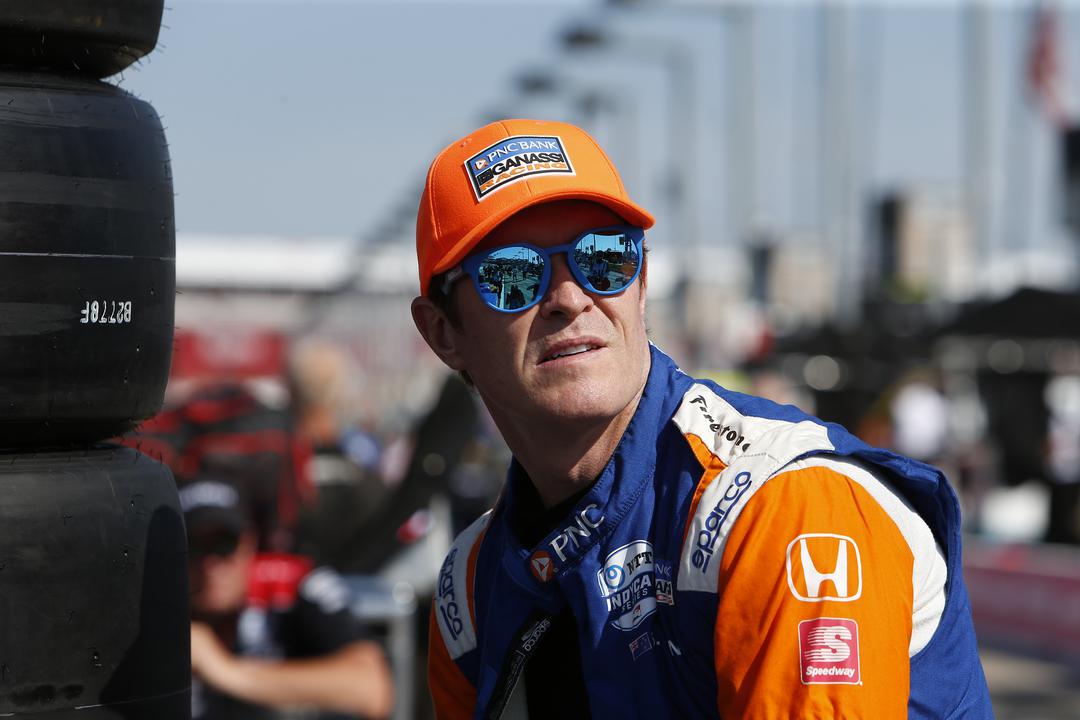 Scott Dixon is still trying to rebuild his IndyCar campaign after a mistake at the Indianapolis 500 which ‘crushed’ his title hopes.

The Chip Ganassi Racing driver had just notched up a 95th lap in the lead when he was pinged for speeding on his way into pit lane with 25 laps to go back in late-May.

Instead of finally winning the race for a second time, Dixon came home in 21st on a day when team-mate Marcus Ericsson prevailed on IndyCar’s biggest stage.

He was ‘heartbroken’ then and the New Zealander is still feeling the ramifications now, as the field returns to The Brickyard for a second race on the road course in 2022.

Ericsson leads the series while Dixon is tied for third at 34 points off the pace, having ceded 76 to the Swede as a result of locking the rears on his way into the lane in the 500.

“If you look at the last two seasons, if I finish in the top three at the 500, you’re talking about a different [points total],” he noted.

“Finishing 21st as I did this year, I think I lost 70-something points to my team-mate. Marcus is only 34 ahead of us now.

“If I’d have had a top three finish we’d be leading the championship now, but that’s couldas, shouldas and maybes, and those don’t count.

“Look, Indy is a big deal for many reasons, but for the championship it’s double points and that’s really huge.

“With how competitive it is now, if you have a big [mistake], man, it crushes you.”

Just five races remain this season and ‘The Iceman’ is still well in contention to secure a seventh IndyCar crown.

He need only outscore Ericsson by an average of seven points per event from now on, and Will Power and Josef Newgarden by even less, to clinch the title at Laguna Seca on September 11, but is not thinking of it that way.

“I feel like each weekend now you solely focus on that weekend,” said Dixon.

“I think it’s very hard to pace it out these days and say take six races and average a certain [finishing position].

“In the past, maybe you could focus on this [driver] or that one, but those days are gone.

“Look at this year with how close it is between the top six [44 points]; it’s spread quite wide.”

Practice at Indianapolis starts tonight at 23:30 AEST and Qualifying tomorrow morning at 03:00 AEST.

Both those sessions and the race itself will be live and ad-free on Stan Sport.