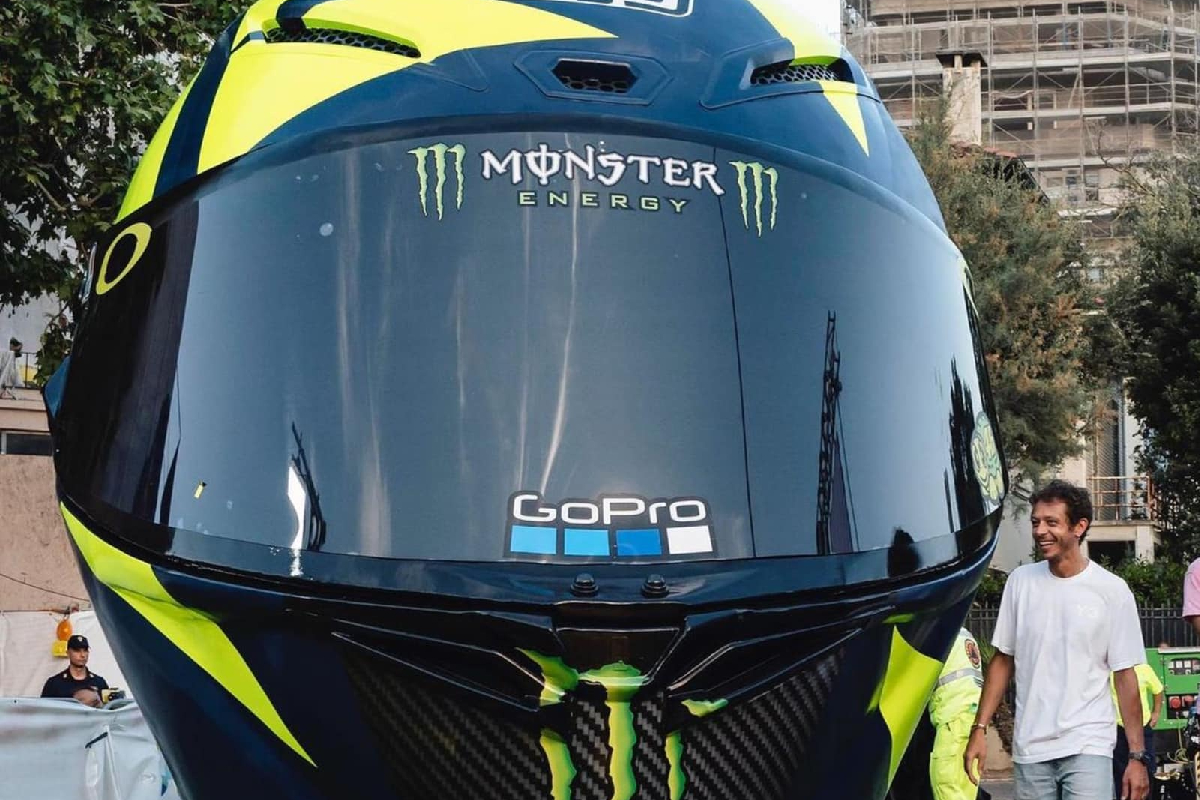 Seven-time MotoGP champion Valentino Rossi has been recognised with the world’s largest helmet.

The giant 4m x 6m helmet was unveiled in the Italian town of Pesaro, near Rossi’s hometown of Urbino, at a special ceremony.

Designed by Riccardo Sivelli, the 3D-printed helmet weighs over 400kg and is made out of polystyrene, wood, iron and resins.

The largest motorcycle helmet in the world, it has been officially recognised by Guinness World Records.

‘The Doctor’ was elated by the tribute.

“From the first moment, I really liked the helmet, I’ve always been a great fan of helmets since I was a child,” Rossi said.

“Thank you to the municipality of Pesaro for this tribute.”

Pesaro Mayor Matteo Ricci said it was an apt way to recognise the record-breaking rider.

“We wanted to beat the Guinness Record, as Valentino did in his career,” Ricci said.

Rossi has had a long and successful career, taking part in over 400 grands prix.

In the premier class, Rossi made 372 race starts, collecting 89 wins and 199 podiums.

Following his retirement last year, the MotoGP Hall of Famer has kept busy both on and off the track.

He entered his motorcycle racing team, VR46 Racing Team, into the premier class in its own right for the first time this year, while he has also swapped two wheels for four wheels in retirement and currently competes in the GT World Challenge Europe driving an Audi R8 LMS evo II GT3 for Audi Sport Team WRT.

As part of his GTWC Europe commitments, Rossi is set to compete in the 24 Hours of Spa this weekend.