Nothing ‘special’ coming from Power in IndyCar title bid

Nothing ‘special’ coming from Power in IndyCar title bid 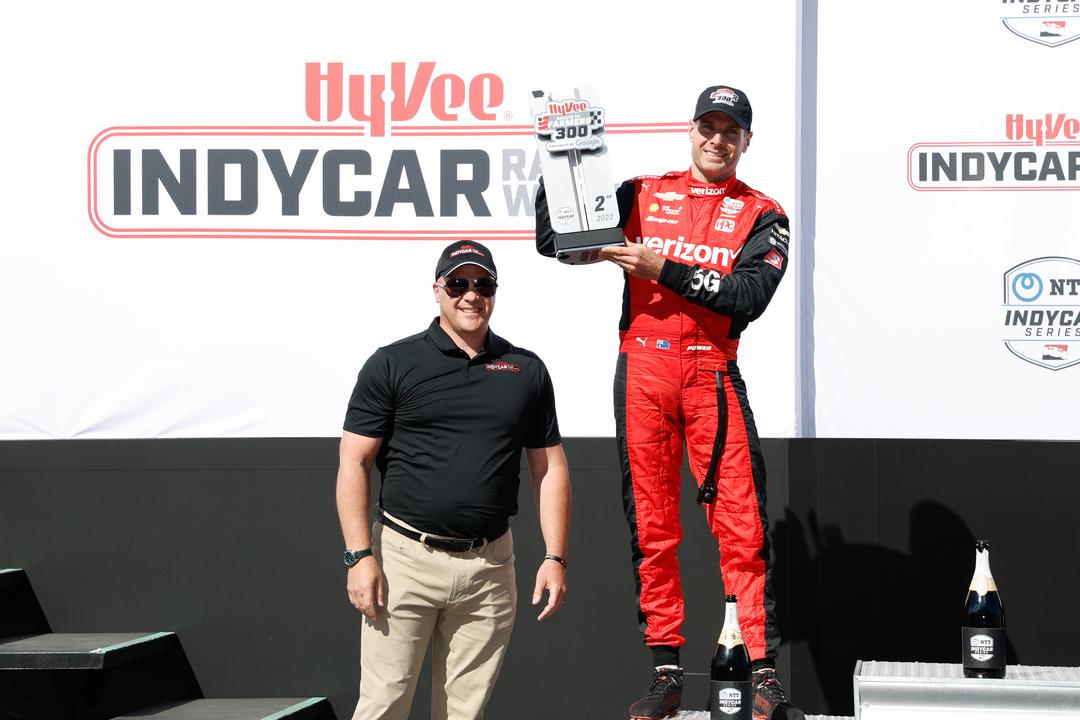 Will Power with a second place trophy at Iowa

Will Power is forecasting more of the same despite being in the thick of the IndyCar title fight with just a handful of races to go.

The Queenslander is just eight points behind leader Marcus Ericsson in the season standings with 270 on offer across the final five events of 2022.

While Ericsson’s cause has been helped by winning the Indianapolis 500, which pays double points, Power’s bid for a second crown has been built on remarkable consistency.

The Team Penske driver has just one win in the 12 races so far this season, but has finished in the top four on nine occasions in total.

Despite heightened attention on the points table given the Laguna Seca finale is on the horizon, Power is not about to change his approach just yet.

“Just doing what I’ve been doing; simple as that,” he said.

“We’ve been executing, not really doing anything special.

“[We need to] Get on top of the qualifying thing because we cannot have what we had in Toronto; definitely got the pace.

“Yeah, putting it together for the next – how many left? – five. It’s getting down to the wire.”

It is a mindset consistent with the changed man that Power seems to have become in 2022.

The man himself has said that he has “changed my whole mentality” this year, and despite obvious frustration when a red flag trapped him on Row 8 in Qualifying at Toronto, he even accepted partial blame for letting himself be in a vulnerable situation.

At Iowa, he led early on in both races but missed out on victory each time, with finishes of third and then second.

However, the 41-year-old was largely upbeat about the final outcome, if disappointed to err on the side of caution.

“Would have loved to have got a win. Tough competition, man; you can’t let up one bit.

“The car was really good. I probably could have been more aggressive in that second-to-last stint because it seemed like there’s a lot less deg[radation].

“Must have cooled or the track took a lot of rubber or something. The track was really fast.”

The season continues this weekend with a race on the road course at Indianapolis as part of shared billing with NASCAR.

The sole practice session takes place on Friday night at 23:30 AEST before qualifying on Saturday morning from 03:00 AEST, with those sessions and the race itself live and ad-free on Stan Sport.