Miller happy to be over one-year contract ‘shit’

Miller happy to be over one-year contract ‘shit’ 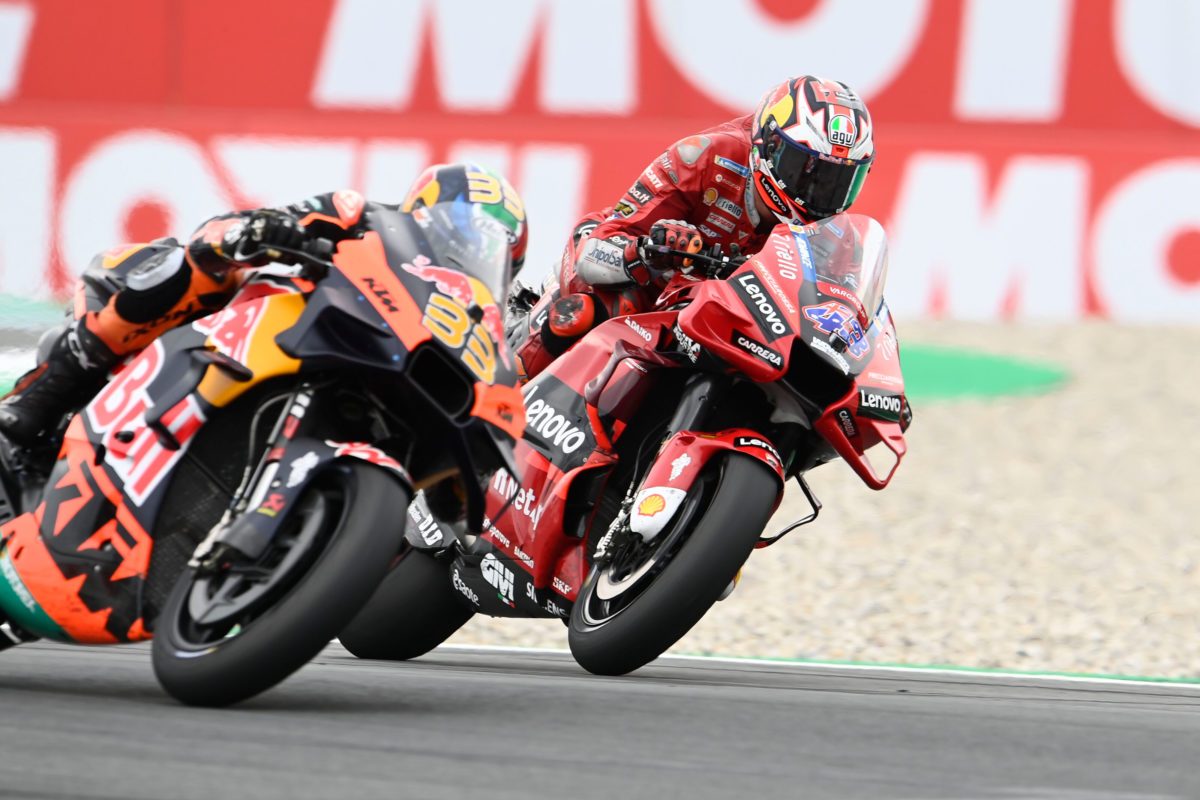 Jack Miller is happy that he does not have to go through another one-year contract after inking a two-year MotoGP deal with KTM.

The three-time premier class race winner will join the Austrian marque in 2023 after five seasons as a Ducati rider, the latter two at the factory team.

Miller was only ever on one-year or ‘one-plus-one’ deals during his tenure with the Bologna marque, and stated after signing his current contract that the term was “never my idea”.

The short terms can be partially explained by circumstance, with the Queenslander being granted his 2021 promotion before Danilo Petrucci got a chance to save his factory team ride during 2020, but Ducati management has also expressed a view that contract pressure can be productive.

Miller, however, admits he has been negatively affected by the lack of security.

His KTM deal is thus not only better in being a genuine multi-year agreement, it also contains an option to extend the term further, according to the man himself.

“And potentially more,” he told the Australian Grand Prix Corporation’s In the Fast Lane podcast regarding the two seasons he is locked in for.

“There’s an option there for some more as well.

“I’ve never had that since Honda, and every single other contract I’ve ever had has been a one-year contract, so it’s kind of nice not to have to do this shit every single year.

“Sorry to say it like that, but I hate that whole negotiation thing.

“It just takes that one thing out of the back of your brain.

“Even though as a rider you say, ‘Ah, it doesn’t affect me’, that shit definitely gets to you.”

Who replaces ‘Jackass’ at the Ducati Lenovo Team is yet to be announced, with the seat alongside Francesco Bagnaia to either go to Prima Pramac Racing’s Jorge Martin or Gresini Racing’s Enea Bastianini.

Miller appeared to be mulling over going back to Pramac, essentially Ducati’s B team, but decided he preferred the challenge of developing the KTM RC16.

“At this point in my career, that’s what I feel is best for me; that’s a best-case scenario for me,” said the 27-year-old.

“I can hang around [at Ducati], maybe keep my job, maybe not, maybe go back to Pramac, but for me this challenge excites me, it keeps me keen.

“It’s finding what keeps you excited, what motivates you, and I think that’s what motivates me the most, the project and the idea of hopefully going over there with the knowledge that I’ve gained in my time in MotoGP and taking that knowledge to KTM, a brand that’s so hungry to try to succeed in MotoGP.

“I’m keen to get amongst it and see what I can do on that bike as well, to challenge myself.”

Miller is seventh in the championship ahead of the resumption of the MotoGP season from its summer break with the British Grand Prix on August 5-7.