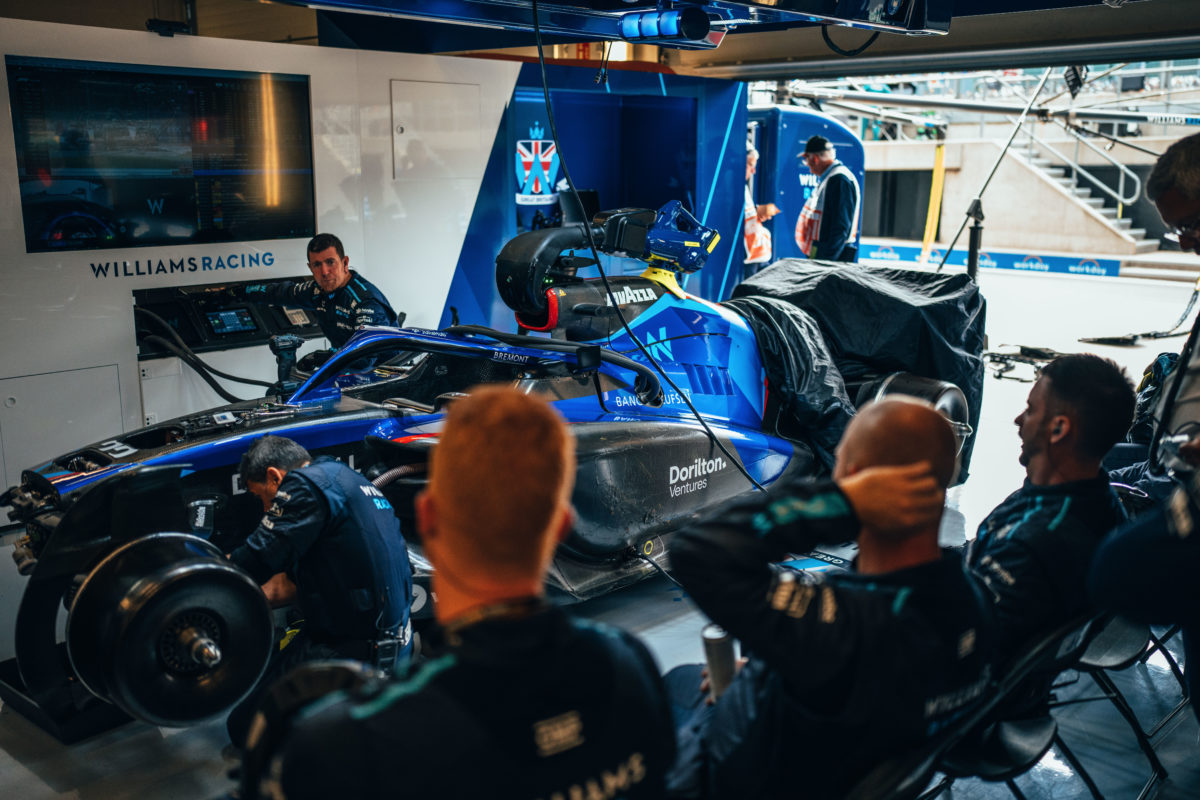 When Alex Albon crashed at the start of the Formula 1 British Grand Prix, it triggered a frantic period of work both at the track and at the team’s Grove base.

The British Grand Prix was the first leg of a double-header, the sport heading to the Red Bull Ring for the Austrian Grand Prix in the days immediately following the Silverstone event.

It was a significant event for Williams, which had debuted an upgrade package on Albon’s car – the squad having worked hard to produce just a single version of a number of key components.

Williams’ car assembly manager, Jim Barker, peeled back the curtain on the process of assessing and repairing the damaged FW44 and ensuring it was fixed in time for the Austrian Grand Prix.

“It’s pretty horrendous,” Barker said of the incident which saw Albon nose into the pit wall, necessitating a trip to Coventry Hospital.

“Obviously so disappointing to have that incident on the first lap in Silverstone.

“The factory worked so hard to produce some beautiful pieces, and we were truly proud of that car as we rolled it out of here to get to Silverstone for Round 10.

“Not to make it passed the first corner of the first lap was really, really hard to take, just because of the amount of effort that everybody in the factory had put into that particular package.”

Barker is not one of the travelling members of the team and was instead watching the race on television at home.

However, he immediate switched into work mode upon seeing the incident.

“It does, unfortunately, impact your enjoyment of a Sunday afternoon pretty heavily,” he said.

“It’s not a case of maybe having a glass of red wine, it’s a case of getting the laptop out, opening the laptop and then understanding the reports that are come in from trackside.

“Trackside engineering produce very good damage reports for us that allows us to immediately understand what our priorities are going to be on Monday morning.

“What we need to really put all our attention into, first thing, is pretty much the chassis,” he added.

“The chassis is a major part of the car, so understanding whether there’s any damage to the chassis that would therefore mean it’s not available for the next event.”

Albon’s damaged car was retuned to the Williams’ Grove base on Monday morning, where the team already had a list of tasks which needed to be performed based on the reports generated at the track the previous afternoon.

“The crash structure has done its job,” Barker said of the damaged car.

“It was a huge impact and thankfully Alex [was] okay.

“A lot of time and effort goes into building a nose box and the front crash structure. Unfortunately, that’s an item that we’ve lost.

“The sort of tally of parts that we lost were really the front wing, the nose box, the front suspension, front corners, both front wheels were broken, the left-hand sidepod and the left-hand radiator.” 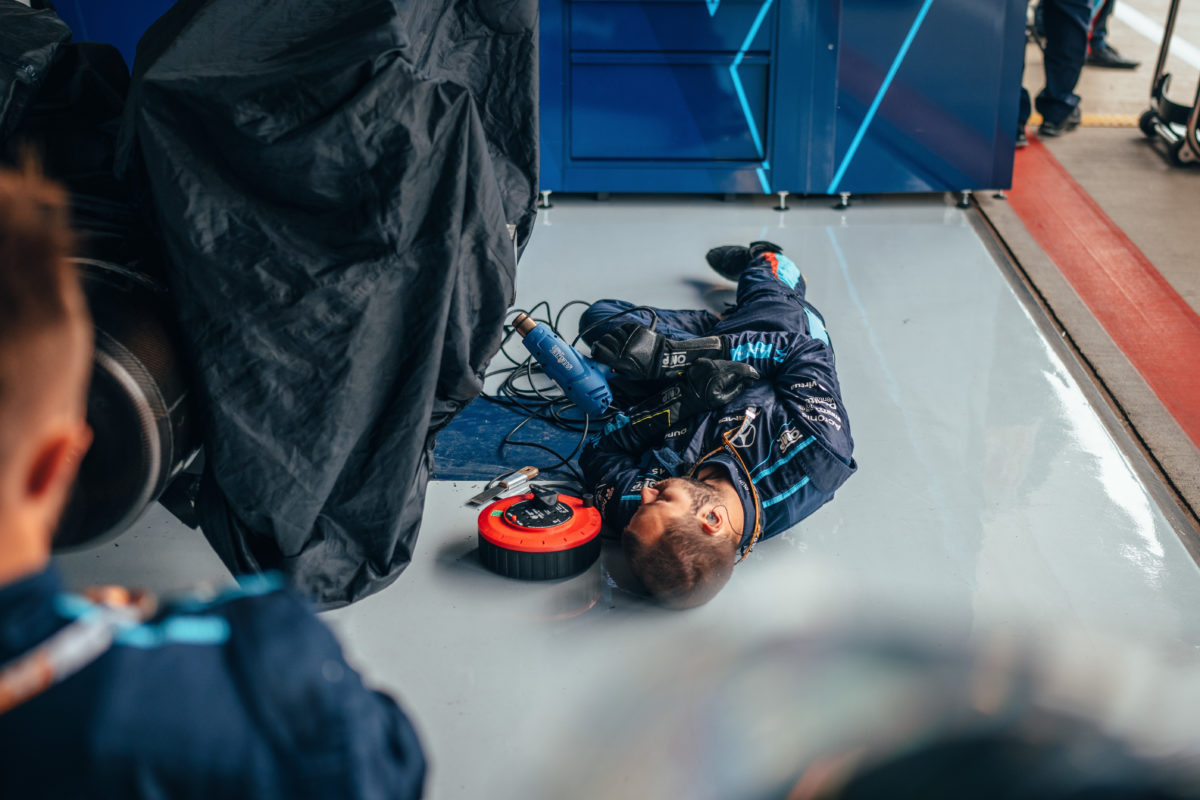 A mechanic working on Albon’s car at Silverstone

With that understood, it becomes a case of managing repairs and replacements where necessary, all to an almost impossibly tight timeline given the car needed to be in Austria on Thursday.

“It becomes a bit of a logistics nightmare,” Barker conceded.

“Thankfully we were at Silverstone, we’re an hour down the road from the factory here in Grove. It’s about trying to get that car back to us as quick as possible.

“We rely on trackside engineering to photograph and document everything, literally as the car is back in the garage and the mechanics are stripping it.

“Design are already working on that Sunday evening, so before that car is really even fully stripped at the circuit, Design are assessing the photographic images that we’ve got Sunday night – the information is already starting to flood through.

“We have a crisis group, which is heads of departments that are involved in those different structures, they start to look at that Sunday night, so when we come in [at] six o’clock on Monday morning, we are in a position where we know exactly what we’re doing.

“No one is stood around waiting for anybody, we’ve got all of the various departments lined up already to make sure that we can work as efficiently as possible.

“That chassis came back here at six o’clock Monday morning, and it was back out of here at Tuesday lunchtime.”

However, while the car made it to Austria in ample time for the following weekend’s event, timing was rather tighter on the front wing.

With the sole example of the upgraded part damaged in Silverstone, it was only on Thursday morning that a replacement was shipped directly to the circuit.

It made it in time, and Albon went on to record a 12th place finish at the Red Bull Ring.

Such is the ceaseless march in Formula 1 that, at the French Grand Prix two weeks later, Williams’ manufacturing programme had recovered sufficiently that both Williams cars have the upgrade package available, as had originally been planned.