McLaughlin: Newgarden incident could lead to changes at IndyCar tracks

McLaughlin: Newgarden incident could lead to changes at IndyCar tracks 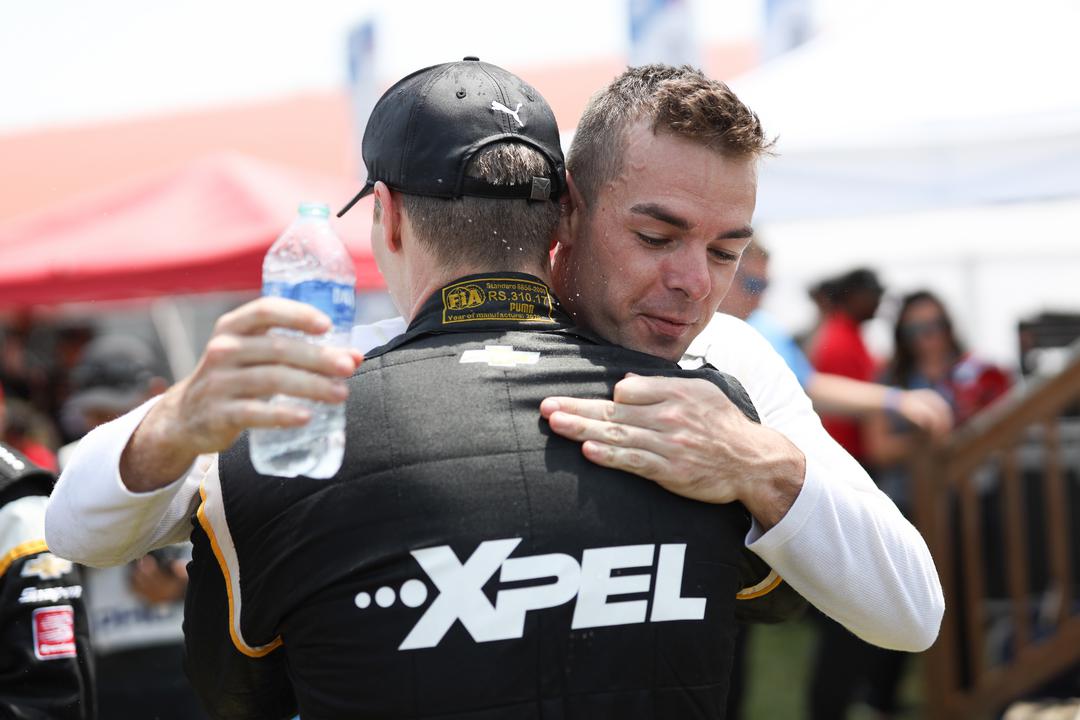 Scott McLaughlin has defended IndyCar’s medical capabilities, although he believes Josef Newgarden’s collapse in Iowa could still lead to changes at tracks.

Newgarden is in doubt for this weekend’s Indianapolis road course event, with Santino Ferrucci to replace him in the #2 Team Penske entry if he does not pass medical on Thursday (local time).

The two-time champion crashed heavily in Race 2 of the Iowa double-header, but appeared to be largely unharmed when he left the circuit’s medical centre and fronted for a television interview before the chequered flag had even flown that Sunday afternoon (local time).

However, he subsequently lost consciousness and fell as he exited a transporter, sustaining a cut when he hit his head.

Newgarden was then airlifted to hospital, where all scans came back negative and he was released the next morning.

According to IndyCar Medical Director Dr Geoff Billows, there was not the capability to conduct imaging at Iowa Speedway.

On whether the Tennessean was displaying symptoms consistent with concussion, Dr Billows told Associated Press then, “This is what makes it confusing.

“He crashed, and he was evaluated here after the crash and he was fine.”

The drama raises questions as to how thorough IndyCar’s procedures actually are, and McLaughlin, a team-mate of Newgarden, was asked how he felt as a fellow driver.

He broadly defended the series, but admitted the incident could lead to changes.

“I think they do a tremendous job – IndyCar, AMR Safety Team, everyone – to make sure we have the best care possible.

“I think even just having a chopper there on the weekend is a big deal regardless.

“Sometimes it’s hard; certain incidents, freak accidents, you can’t prepare for, and maybe this changes things in a way that tracks are prepared for certain bits and pieces.

“But, I know for a fact, an MRI machine is a pretty big machine, so it might be difficult to have at the track.

“The main thing is we have true professionals and the right care for us when needed at the track.

“If the call is to be put on an air ambulance, like a helicopter, that’s the call. I back our safety crews, 100 percent.

“They’ve been great for me. I’ve openly tweeted about it all year, about how thorough they are, how quick they are to respond to our race cars when we have a crash.

“When we need anything… For God’s sakes, my mum’s been really sore, the last little bit, with her shoulder, and the medical team at IndyCar have been fantastic looking after her. She’s not even a driver, obviously.

“I’m very privileged to be part of this community. Yeah, it’s a hard thing. It’s very circumstantial, that answer.”

Newgarden was airlifted to hospital because of the driving distance and traffic outside the circuit, according to a Penske update on his condition in the hours after the race.

Regardless, the incident sent a scare through the IndyCar paddock, including McLaughlin.

“It was actually my wife that told me something had happened with Josef,” he recounted.

“But I didn’t see Josef, no. I just took Joey, his dad, to the medical centre. He didn’t know where it was. I was actually there Saturday night so I knew exactly where it was, for an IV drip.

“Obviously just was trying to help him as much as I could.

“I don’t want to get involved. He’s in the best care possible and I just wanted to give them the space they needed as a family.

“It wasn’t my way getting in. I just wanted to help where I could.

“Obviously at that point, it was a big shock what happened because obviously he got cleared and whatnot.

“Just, these freak accidents happen, and the main thing is we just want him to be okay.”