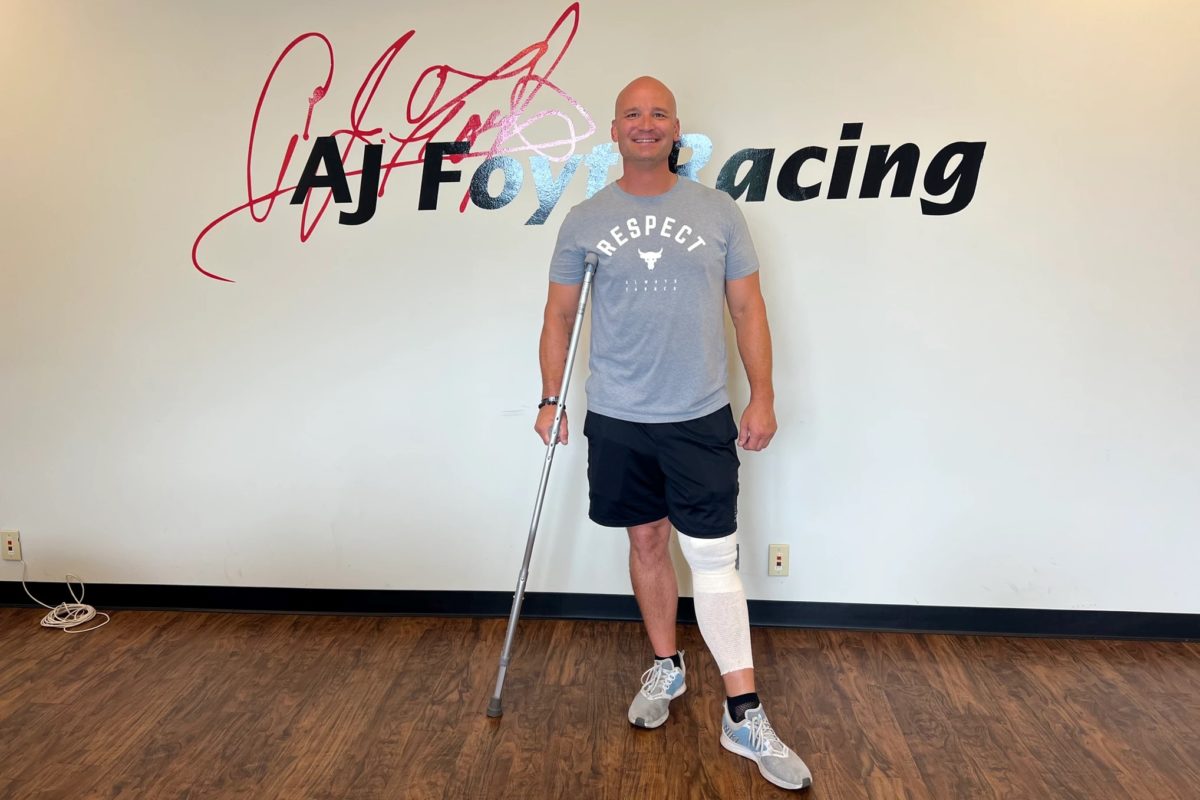 The AJ Foyt Racing crew member who was hit during a pit stop in Iowa is set to return to action in the IndyCar season finale at Laguna Seca.

Chris McFadden suffered significant leg injuries when he and fellow inside tyre changer Shelby Tracey were struck by Foyt’s #4 entry of Dalton Kellett in Race 2 of the double-header at Iowa Speedway.

The United States Army veteran, who is also the team’s pit crew trainer, is set to miss at least four races as a tyre changer but will be present in Nashville in just over a week’s time for the 13th event of the season.

“McFadden, the inside rear tyre changer who was injured in a pit lane accident at Iowa Speedway on Sunday, stopped by the team’s race shop in Indy on Wednesday,” read an update from the team.

“He is aiming to be back in action for the final race of the season in Laguna Seca, Calif.

“It will depend on the progress he makes in the next 10 days as to when he can start seriously training.

“He plans to be at the Nashville race as an observer.”

IndyCar’s rapid-fire run of events continues this weekend with a race on the Indianapolis road course as part of a shared billing with NASCAR.

Josef Newgarden’s participation will depend on whether or not he passes medical on Thursday (local time).

He collapsed in the Iowa paddock despite being released from the medical centre after a heavy crash in Race 2, with Santino Ferrucci on standby to drive the #2 Team Penske entry.

The sole IndyCar practice session at The Brickyard takes place on Friday night at 23:30 AEST before qualifying on Saturday morning from 03:00 AEST, with those sessions and the race itself live and ad-free on Stan Sport.