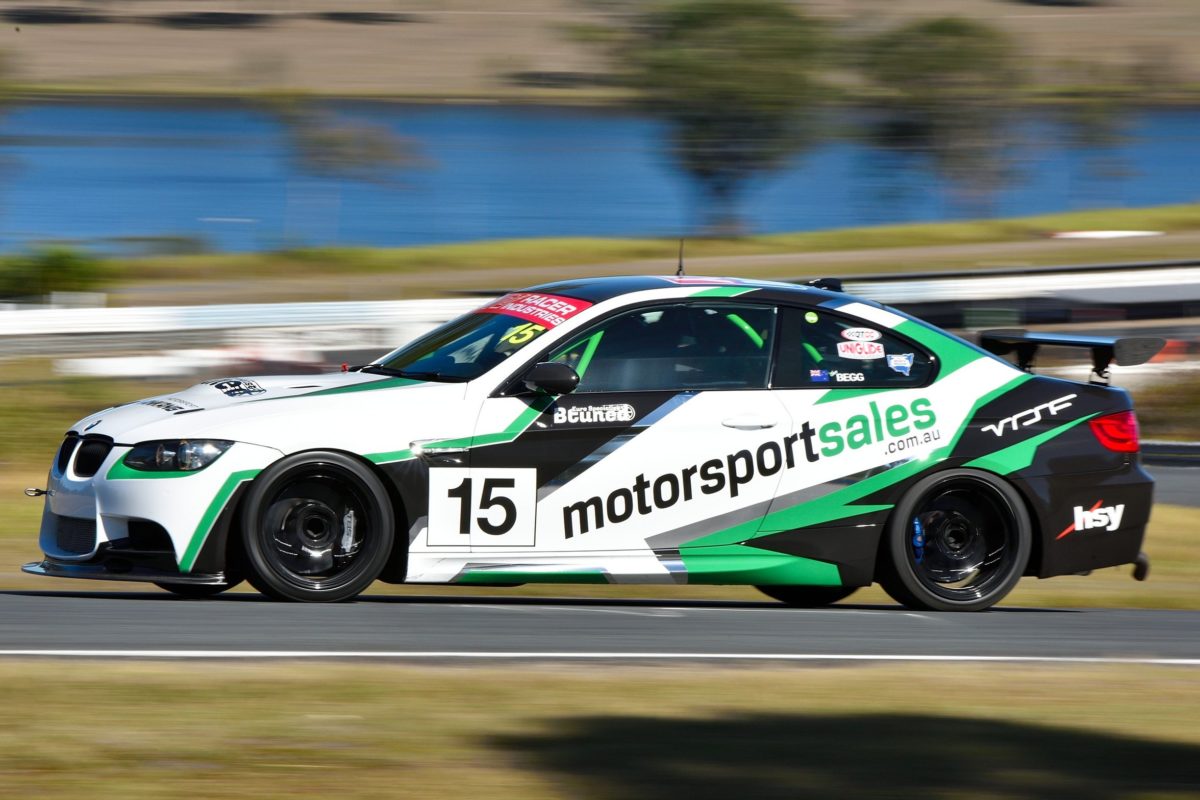 The BMW M3 Hooper and the Beggs will race

Ashley Hooper is poised to make his Australian Production Car debut as part of a family effort when the competition heads to Queensland Raceway next month.

Hooper will join step-father Chris Begg and step-brother Karl Begg at the wheel of a BMW M3, having had previous experience in the Queensland Production Cars and Queensland Touring Car Championship.

“The APC is a great category to be involved in, especially with the number of different classes in the one field allowing for competitors with a range of budgets,” said Hooper.

“The entire meeting was on the Clubman circuit, which was awesome and very different to drive in the R8 compared to what I was used to.

“Heading to the APC this time around, I am definitely rusty, not to mention a little unfit as I haven’t been in a race car since August 2019 – I did spin a few laps in a high-powered road car at QR at a recent test day!

“I have never driven a night race before either so that will be all new to me,” he added.

“I have watched a few night races at QR and it is a great spectacle, so I am looking forward to it.”

The event will mark the first time Hooper and the Beggs have competed together, having raced one another separately on previous occasions.

For Chris Begg, his focus is on simply enjoying the weekend and the opportunity to share the car with his family.

“I am going to QR with absolutely no goals or expectations whatsoever, I am completely just there to have run and race with my sons,” he said.

“The reason I got back into racing is so I could race with Karl and Ashley, and they are much better steerers than I am!”

Hooper’s ambitions are slightly loftier with targets locked on a class podium.

“The overall goal for me is to win class A2 and put down some decent times,” Hooper asserted.

“My expectations are that we will likely be in the top three in class, providing the drivers and the car perform.

“I do enjoy racing with my family,” he added.

“I race for enjoyment more so than the results, and I am usually happy if the car is straight in the trailer at the end of the weekend – if we have placed, that is a bonus.

“In saying that, I am a very competitive driver went on track, and I will defend and attack (within the rules of course) if and when required.”

Hooper is yet to drive the BMW he’ll campaign next month, though there are plans for a test day ahead of the weekend.

The Queensland Raceway outing will be the second round of the 2022 Australian Production Car season, which was last in action at Sydney Motorsport Park in May.

It forms part of the Shannons Motorsport Australia Championships on August 5-7, with the weekend to feature two 30-minute races and the 300-kilometre Fight in the Night on Saturday evening.