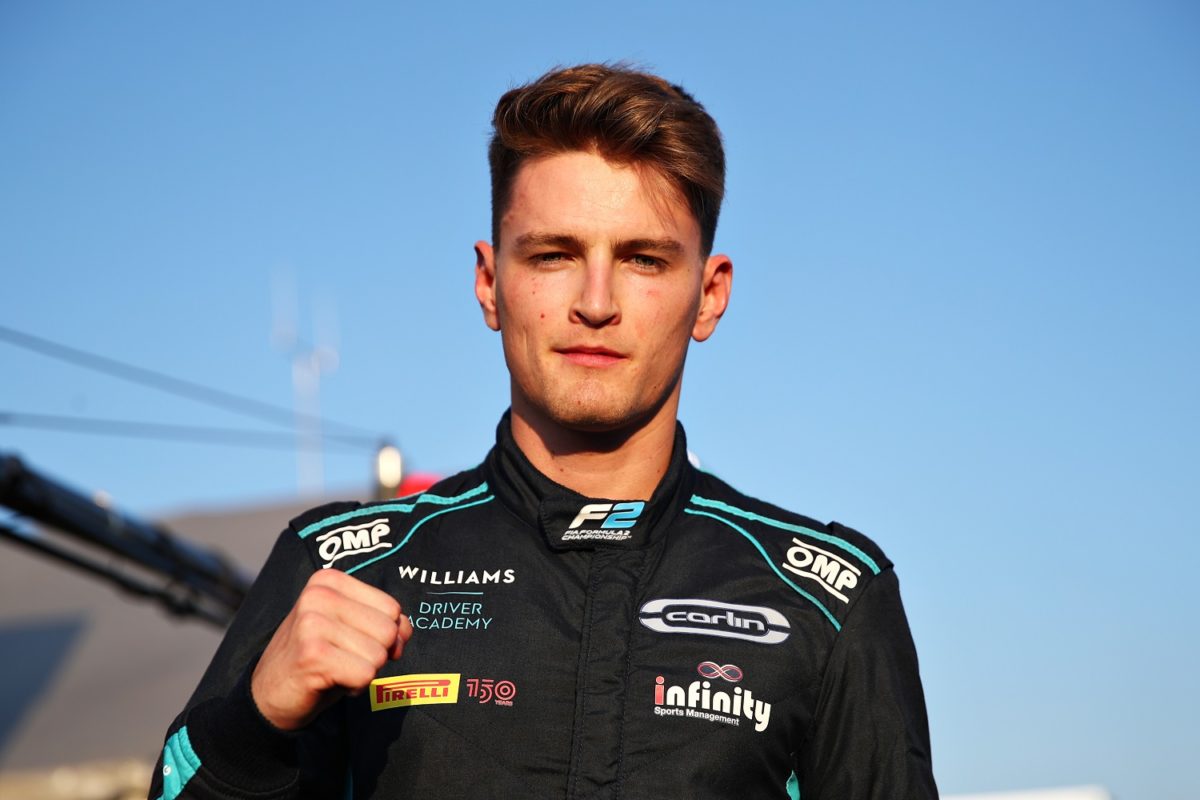 Williams team boss Jost Capito has admitted that Formula 2 racer Logan Sargeant has impressed him in 2022.

The American is part of Williams’ driver development programme, and has proved something of a stand out performer in the F1 feeder series.

At Silverstone, he claimed his first win in the championship, going on to record another victory at the Red Bull Ring a week later.

Last weekend, he qualified on pole when Formula 2 supported the Formula 1 French Grand Prix, finishing eighth in the Sprint race before being forced out of Sunday’s Feature with a mechanical issue.

In his first season in the championship, he sits third in the standings with five weekends of racing remaining.

“It’s his first season in F2, and we didn’t put any pressure on him so he has the time to develop.

“And he’s really impressed us with how fast he got his grips around the car, about tyre management, and getting results.

“I think he will be in a Formula 1 car in future, I’m absolutely convinced of that.”

Williams has a vacancy among its F1 ranks next season, with Nicholas Latifi out of contract at the end of the current campaign.

It’s widely accepted that the Canadian will not be resumed after struggling to come to grips with the latest generation of car.

Sargeant is an outside contender for the drive, though Oscar Piastri has also been heavily linked with the seat.

The Australian was even tipped as a mid-season replacement for Latifi, though those rumours have been eased by Capito’s statements of support for his incumbent pilot.

Piastri is part of the Alpine Academy, with the French car company’s CEO, Laurent Rossi, stating he’d be open to loaning the 21-year-old provided he returned in future.

Sargeant, meanwhile, has no such attachments, though is also currently without an FIA superlicence.

To obtain one, the American needs to finish inside the top five of the Formula 2 Championship.

“In the moment it looks good, but you know, you can always get the other way pretty quickly,” Capito conceded.

“It’s quite tricky to take early decisions on something on the Formula 2 driver as long as the season is not over, so that’s part of the decision making, of course.”

It is expected that Sargeant will be drafted in for Williams’ sole remaining ‘rookie’ Free Practice 1 session after Nyck de Vries performed the role at the Spanish Grand Prix.

“That would be obvious [but] we haven’t announced yet,” Capito said.

“Of course we have our young driver academy, it’s working very well.

“I think he deserves to get into the car,” he then added of Sargeant’s recent form.

The 2022 Formula 1 season continues this weekend with the Hungarian Grand Prix, opening practice for which begins at 22:00 AEST on Friday.