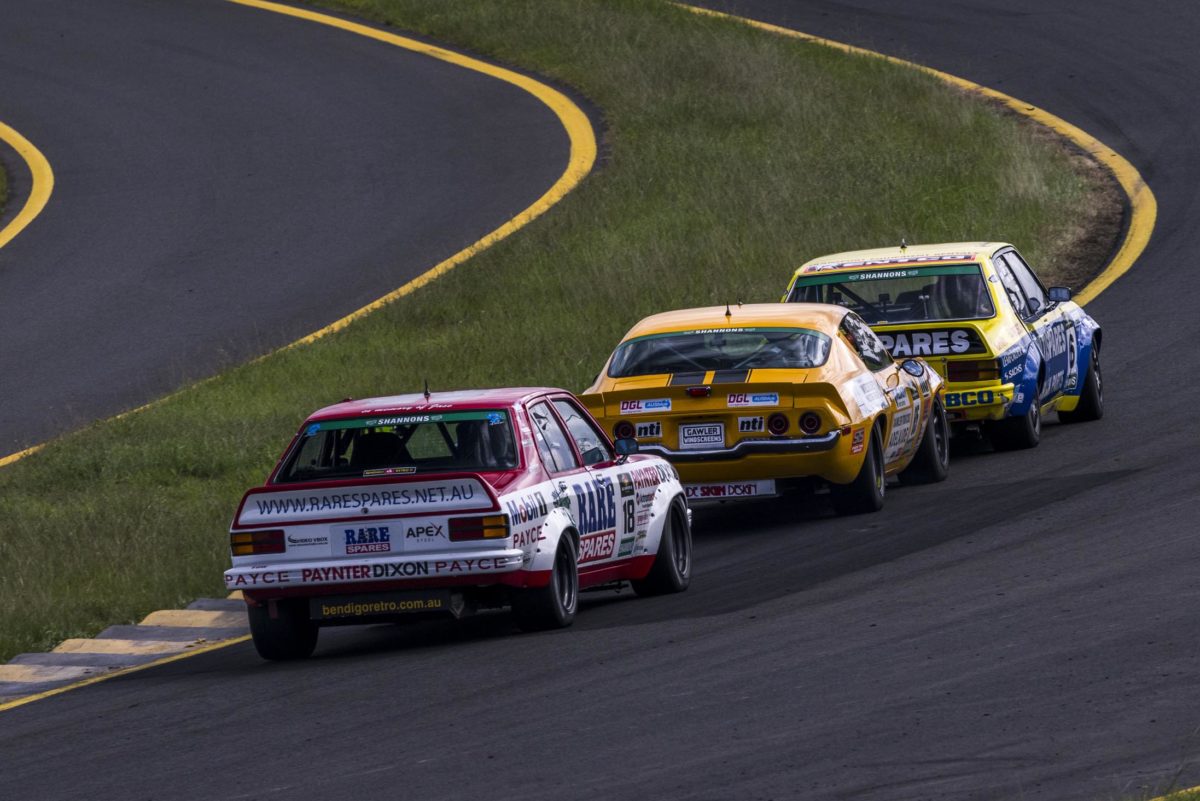 Gulf Western Oils Touring Car Masters organisers have announced a major review of the category’s Performance Adjustment system ahead of the 2023 season.

Motorsport Australia’s Scott McGrath, TCM’s official Technical Advisor, will be heavily involved in the review, while competitors will also be consulted as well.

Speedcafe.com understands that a video meeting of competitors has been scheduled for mid-August, and that they have been asked to complete a survey on the matter.

As observed by TCM itself in announcing the review, the initiative comes amid a period of dominance for Holden Toranas.

Peters Motorsport’s Ryan Hansford won both of the Series Races (ie not Trophy Race) which were completed in Round 3 at Townsville, after John Bowe picked up two wins and a second placing in another Torana at Sydney Motorsport Park in May.

It should be noted that both of the XD Falcons have been absent of late, that driven by Steven Johnson due to a sponsorship shortfall and that driven by Marcus Zukanovic due to injury.

Category Manager Liam Curkpatrick explained of the review, “The idea is to not reinvent the wheel but to go through everything with a fine-tooth comb, which is what we have been doing since ARG acquired the category prior to the curtailed 2020 season.

“The on-track product has always been a hallmark of TCM and we don’t want to change it. But there could be opportunities to improve it further and this process is centred around that.

“We want the category to continue to remain appealing to competitors with all sorts of different cars.

“This process will engage with all the competitors to get their thoughts while taking a very methodical, numbers-based approach to the ‘Balance of Performance’ in the category.

“There are many variables to take into account, including the number of competitive cars from each make or model in the field, and who is driving them at the time.

“The TCM grid includes a host of ‘Pro’ drivers ranging to newcomers or less-experienced ‘Pro-Am’ competitors doing it for fun.

“There’s a lot to account for when it comes to making sure the performance between the cars is close, without turning it into a spec formula.

“This is not about turning TCM into a complete ‘Parity’ class: that’s not what the category is about.

“The current regulations are several years old and we want to make sure what has been down on paper for some time suits where the category is at today.

“It’s been part of our ongoing process to grow the category and this was the next topic we have been keen to tackle and review.”

TCM operates to a system of both Performance Adjustments and Success Adjustments.

The latter is an entirely non-discretionary framework which is somewhat akin to the success ballast systems employed in categories such as TCR.

In TCM’s case, revs are cut with each one to two race wins for a driver, and weight eventually added if he/she continues to rack up victories, with those adjustments reversed out (on a last-in-first-out basis) for each result of fourth or worse.

Performance Adjustment, while falling under the category’s Sporting Regulations, is similar to the Balance of Performance system used in TCR or GT3 racing.

In TCM’s case, category management issues a ‘Weights and RPM Register’ prior to each round of the season, stipulating, as the name suggests, the minimum weight and maximum RPM for every car which has been entered.

The Success Adjustments are then applied to arrive at the final figures for each entry.

The baseline weight and RPM figures (ie before Success Adjustment is applied) tend not to change from round to round, although that is not always the case.

As Speedcafe.com revealed ahead of the Townsville round, Cameron Tilley’s Valiant Pacer had a discretionary cut of 300 RPM, on top of the 100 RPM Success Adjustment which he incurred for winning a race in Round 2 in Sydney.

It is now understood also that the adjustment to the Pacer’s six-litre V8 engine had been some time coming, and that the 300 RPM cut was decided upon after category management observed data from the Sydney weekend.

However, the dominance of the Toranas has also been a talking point.

Per the Townsville Weight and RPM Register, a typical Torana has a five-litre engine, minimum weight of 1370kg, and a rev limit of 8000 RPM (Danny Buzadzic’s Torana has the six-litre ‘category’ LS engine and hence is subject to a rev limit of 7500 RPM).

It has been put to Speedcafe.com that those cars enjoy a significant advantage because they are allowed 500 RPM more than any other in the field.

Why that is important is because TCM stipulates four-speed gearboxes, meaning the Toranas can be set up with a short diff ratio to enhance acceleration without costing them at the other end of a straight.

A car with a 7500 RPM limit, on the other hand, will either be worse at the low end or eventually run out of revs on a long straight.

According to TCM, of the 63 fully competitive races held since the start of the 2018 season, 39 have been won by six-litre cars and 24 by those with smaller engines.