Scott McLaughlin gives his take on the Iowa IndyCar weekend in his exclusive Hired Gun column for Speedcafe.com. 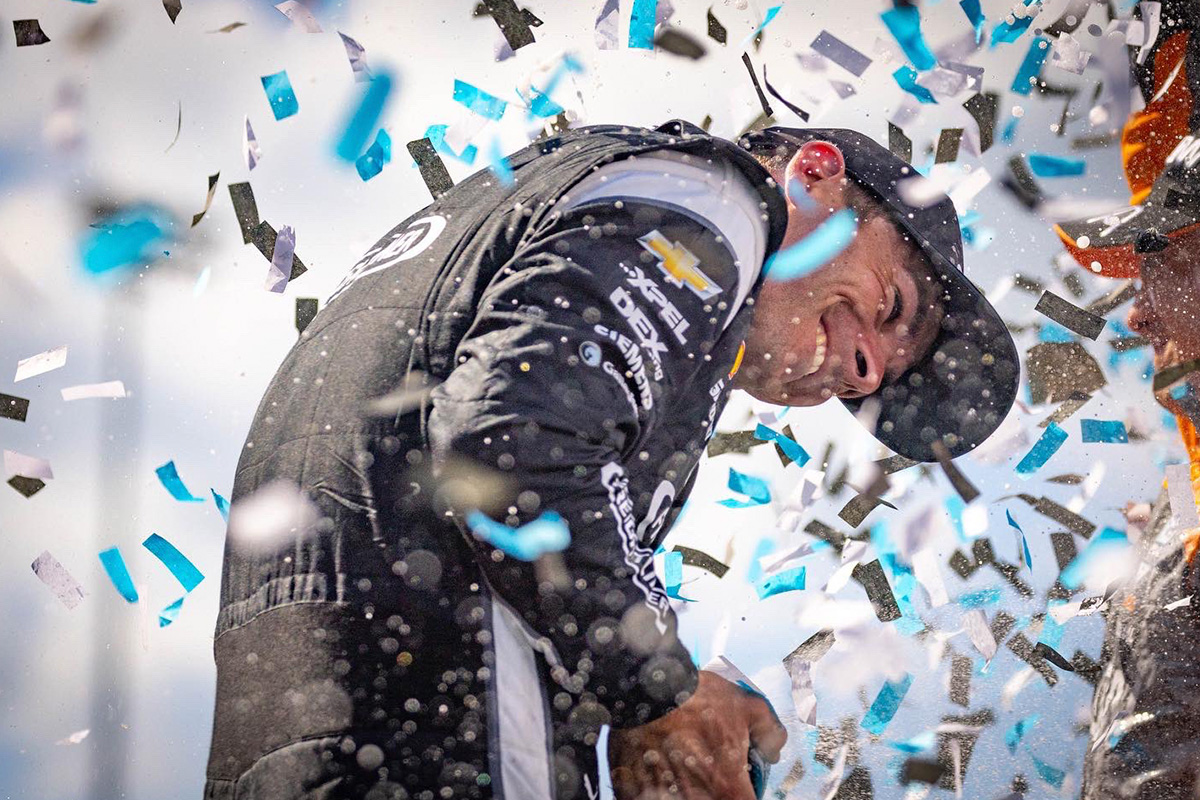 That was such a wild weekend of emotions and feelings – not to mention results!

In the end – we were on track for two cracking results – but only walk away with just one decent finish.

We had despair and pain with a late pit lane mishap which demolished our Saturday.

We got to spray some champagne on Sunday with a podium finish.

But in the end – my main concern is with my good buddy and teammate Josef Newgarden – who thankfully has just been released from hospital as I write this on Monday morning.

It was all a bit confusing after the race – I felt for him crashing after dominating the whole weekend, but then heard he’d taken a turn.

It was certainly a scare for a few hours for all of us.

The bloke owns Iowa – he was simply untouchable in both races, and it’s cruel he was denied the win on Sunday to add to his Saturday success.

Anyway, I hope he’s fit to race next weekend at Indy – but he’ll be monitored and checked over later in the week.

I was really confident heading to the circuit for the first time on a race weekend – and was really optimistic we could have great results.

And that’s how it was looking, Saturday we were running fourth and I thought we were definitely on for a podium.

We’re all pushing in this sport – and our #3 crew just pushed a fraction too hard on our final stop.

I’ve said this plenty of times to you this year – that we are pushing SO HARD in every single session, and unfortunately it just caught us out late in the piece.

The car was dropped a fraction of a second too early and we had a loose wheel which ruined our run.

The boys felt terribly about it – but I’ll never say a bad word about them… their stops have been enormous all season long.

So it was a kick in the guts – we lost a couple of laps and then finished the race down in 22nd when it all looked so good for so long.

I’ve never been so determined to make amends on Sunday.

It was such a great weekend – we caught the Gwen Stefani concert before the race – the money and promotion and effort Hyvee put into the weekend simply had to be seen to be believed.

It was so impressive and was awesome for the sport.

Even hanging out with Mark Wahlberg before the race in the hauler was awesome fun – he absolutely loves our sport. We were pumped to then jump in the car and get going and get the champagne.

It wasn’t an easy race – and was harder than Saturday.

Our car was a handful at times which worked me up – and then traffic was a nightmare, and managing tyres going off is something I’m still dealing with – so I was a tad stroppy.

But we were always up the front battling for a podium.

To fight it out with Scotty Dixon was a highlight – it still gives me tingles racing him on the track after idolising him for so long.

And then to beat him – well that was just cool.

And he’s so great with me – congratulating me afterwards with my family there was just a great thing.

So we finished third behind Will [Power] – with Pato [O’Ward] getting the win.

Anyway, we’re running again for a third straight week next week back at the Brickyard.

I hope we can replicate our pace from the start of May when we were in a position to win the thing until the rain hit late.

We’ve got four podiums now, plus two wins – so things are still good.

I’m loving every second over here and hope we can keep clocking a couple of great results before the season is done.

There’s five races left and I’ll be giving it my all.

Thanks all for the support!