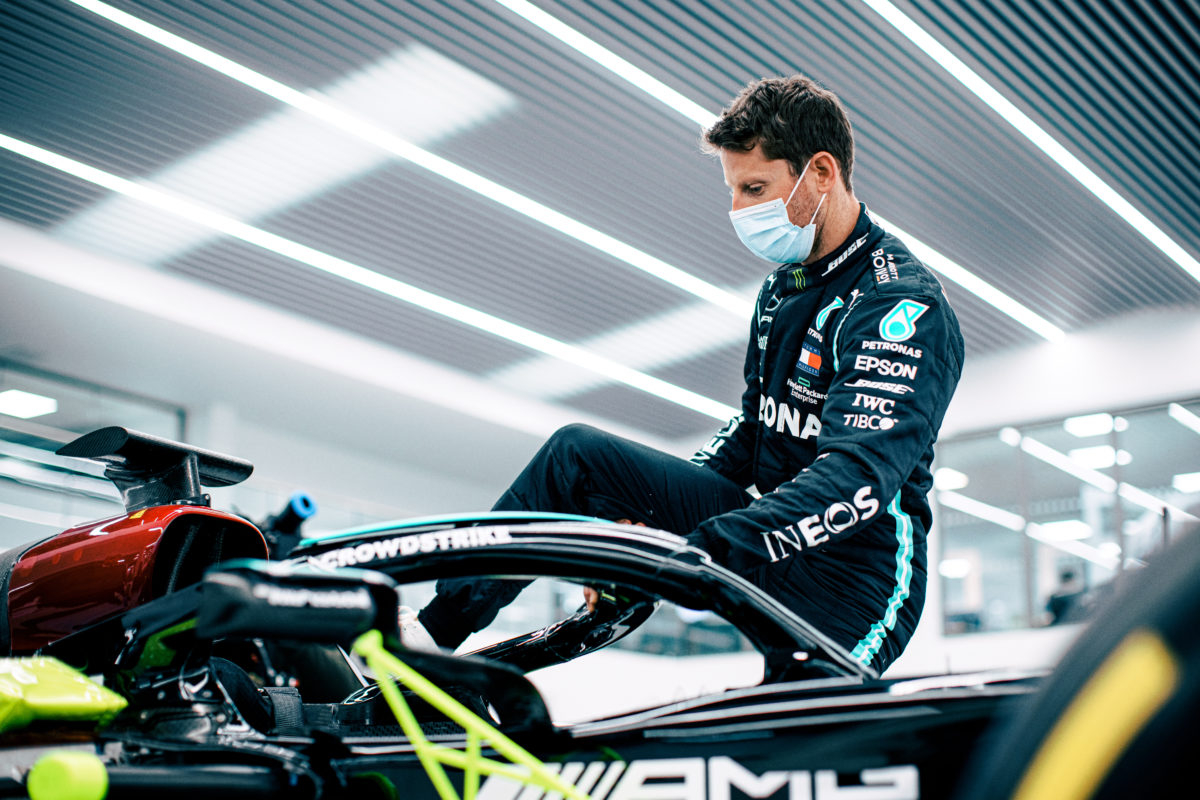 Romain Grosjean has admitted it is his fault the opportunity to drive a Mercedes Formula 1 car hasn’t happened.

The Frenchman was offered the chance to get behind the wheel of one of the squad’s world championship winning cars after he announced he would not be returning to F1.

Grosjean’s career at the sport’s pinnacle came to an abrupt end when he miraculously escaped a fiery crash at the Bahrain Grand Prix in 2020.

While the IndyCar driver and Brackley-based operation have remained in regular contact since then, Grosjean admitted his schedule made things difficult.

While the drive was initially slated for 2021, travel and quarantine restrictions made it difficult to lockdown a date.

“It is 100 percent my fault, I haven’t been able to give Mercedes some dates that I’m back in Europe,” Grosjean said.

“I was supposed to drive the Mercedes at the French Grand Prix, and then after that a test day at Le Castellet, Paul Ricard,” he said.

“Due to COVID, the date of the French Grand Prix got moved.

“I had a race the same weekend, and then we wanted to do the test day, but then there was quarantine between France and the UK, so for Mercedes it was getting very complicated.

“We had a date in September at Silverstone, but then the track couldn’t get booked.

“I’ve been with contact with Mercedes, I saw Toto Wolff in Miami for the Formula 1 GP and he told me that yes, the test was happening, and I don’t doubt it.

“Mercedes has been very good at contacting me all the time, but as I say it’s my fault that I haven’t been able to find some time to get back to Europe and do the test.”

Despite the delay, Grosjean’s excitement has not abated.

Grosjean’s admission comes as MotoGP World Champion Fabio Quartararo signalled his hopes to drive a Mercedes Formula 1 car before the end of the year.

The French rider sat behind the wheel of the W13, while attending the French Grand Prix at Paul Ricard on the weekend.

“We are working to be able to get on a Formula 1 at the end of the year, so we cross our fingers,” Quartararo said.

“Formula 1 is very different from MotoGP, but I like it a lot.

There have been suggestions he could drive an F1 car towards the end of the year.

“He was properly in awe of the car and I got the distinct impression he wanted to hang out with us lot in the garage for a lot longer than he could,” Wilcox tweeted.

If the drive take place, Quartararo would not be the first MotoGP rider to swap two wheels for four.

He will return to the track for the British Grand Prix, at Silverstone, from August 5-7 while F1 is in action again this weekend at the Hungarian Grand Prix.