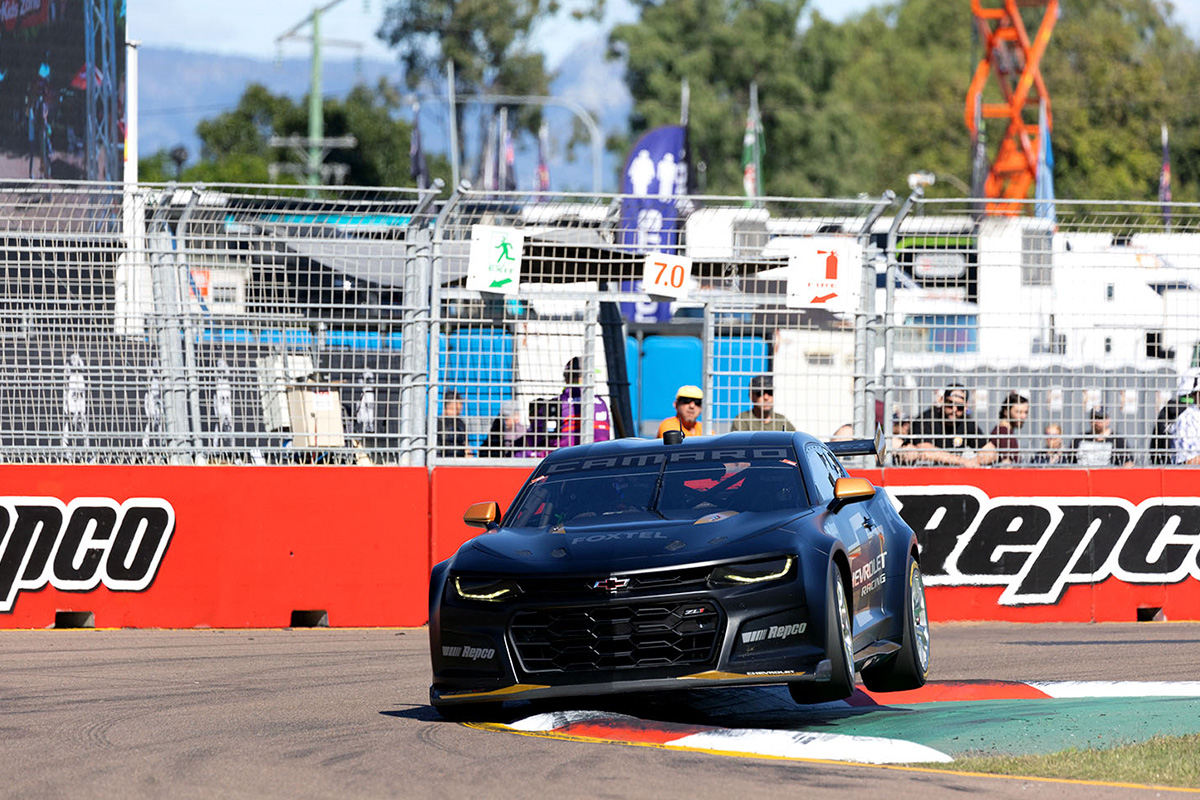 Running at The Bend will be focussed around testing Gen3’s oil system. Picture: Ross Gibb

The upcoming Gen3 test at The Bend Motorsport Park will see Tim Slade and both Matt Stone Racing drivers jump behind the wheel of the prototypes.

Supercars’ two Gen3 test mules are slated for a full day of running on Monday at the South Australian circuit following the OTR SuperSprint.

It will succeed a dedicated hour-long session on Friday as part of the Tailem Bend Supercars event itself, aimed also as a demonstration for fans.

The Friday session will feature Zane Goddard in the Ford Mustang and Luke Youlden in the Chevrolet Camaro, as it was in Townsville.

For the Monday test, Blanchard Racing Team’s Slade will share the Mustang with Goddard, while MSR team-mates Todd Hazelwood and Jack Le Brocq will drive the Camaro.

Running at The Bend will be focussed around testing Gen3’s oil system in the long radius corners in the hope that aspect of the project can be signed off.

Among other circuits, the prototypes will also run at Sandown Raceway in August and the Surfers Paradise Street Circuit later in the year.

Plenty more track time is scheduled over the coming weeks, according to Supercars’ Head of Motorsport, Adrian Burgess.

“We will take cars to [the] Gold Coast, we will take them everywhere we can fit in the programme,” Burgess told Speedcafe.com.

“We haven’t been able to do every circuit because there have been times when we’ve needed to have the cars being worked on in the factories.

“There’s been some significant updates brought to the cars over the course of the year.

“So the plan is always evolving. At the moment, we’ve got Tailem Bend coming up, and we’ve got Sandown.”

It was revealed last week by Speedcafe.com that both the General Motors and Ford engines had reached parity, marking another step in the project.