Breaking down Hamlin vs Chastain and the NASCAR judicial system

Breaking down Hamlin vs Chastain and the NASCAR judicial system 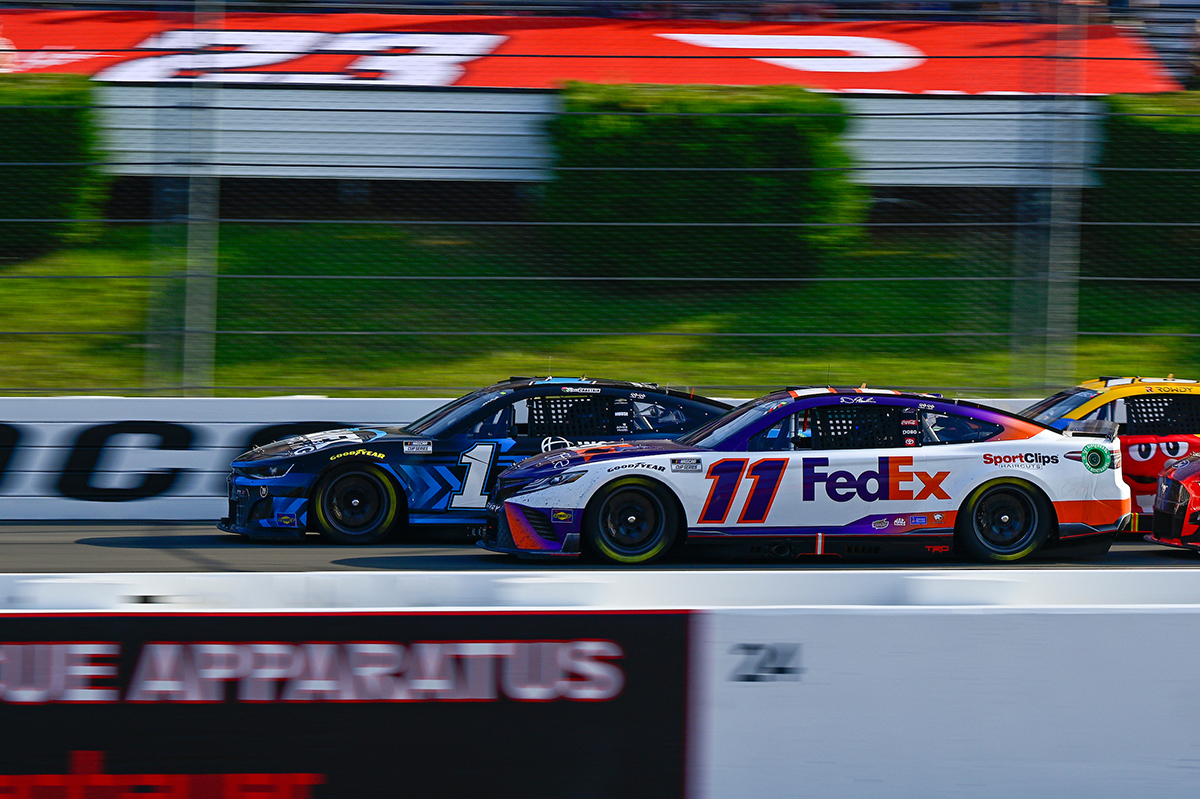 Over the 2022 NASCAR Cup Series season, a hot rivalry has emerged between Ross Chastain and Denny Hamlin.

The two first came together at the Gateway race back in June.

There, they had a number of separate incidents between laps 65 and 108, with Chastain later saying he ‘owes about half the field an apology’ for the way he drove.

Hamlin and Chastain were racing hard for position, when the latter sent his rival into the wall.

The two would eventually play a game of ‘chicken’ on the track, with Hamlin saying ‘he will get what is coming for him’.

“I was proud of Ross for taking some ownership, I thought he might have been a little over the top in beating himself up,” McReynolds said.

“You had two situations in a very short period of time that were the same; a driver was wrecked.

“But I thought in [turns] 1 and 2 I thought that Ross over-drove the corner and got into Hamlin, he wrecked.

“I’m okay if you just retaliate, but I thought it just got carried away.

“If you’re mad, wreck him and let’s be done with it, let’s move on.

“It just kept going on and it just had a bad look.”

In that encounter, the Trackhouse Racing Team driver lost the front end of his race car and went into the #11 Toyota, spinning him around in front of the pack.

“I made sure I gave plenty of room on the high side, I think Ross saw we were going to clear and it wasn’t going to be great for his positioning,” Hamlin said.

“Things just work themselves out in the end.”

The race at New Hampshire saw Hamlin’s first retaliation, when he put the bumper to the back of #1’s Chevy racing for position.

Several weeks later, they came together at Pocono while racing for the lead on a restart.

On that occasion, Hamlin ran Chastain up the race track, into the wall and around in front of the field, eliminating the latter from the race.

“We got position on him [Chastain] and he just ran out of race track,” Hamlin said.

“What would you expect me to do?

“We’re just going to keep racing hard until we get the respect from those guys.

“We’ve been wrecked four times, twice while leading in the last 10 months.

Though Chastain said post-race that he deserved what happened to him, he was speechless when he was asked if the rivalry was now over.

NASCAR does not hand out penalties if a driver wrecks another driver, they are instead saved for severe circumstances.

As Gragson wrecked Karam intentionally and collected 11 other drivers, he was handed a $30,000 fine and deducted 30 championship-points.

Part of the reason for the lack of penalties in the sport is due to the nature of the oval racing, and the aerodynamics around the car.

Drivers wreck one another as they lose front downforce when they get close to another car, making it easy to run into someone else.

NASCAR racing has traditionally been somewhat rougher than other categories, with more bumping, overtaking and sliding around.

As a result, its judicial system lighter compared to other competitions, which also serves to heighten the entertainment factor as rivalries, such as that between Chastain and Hamlin, develop.