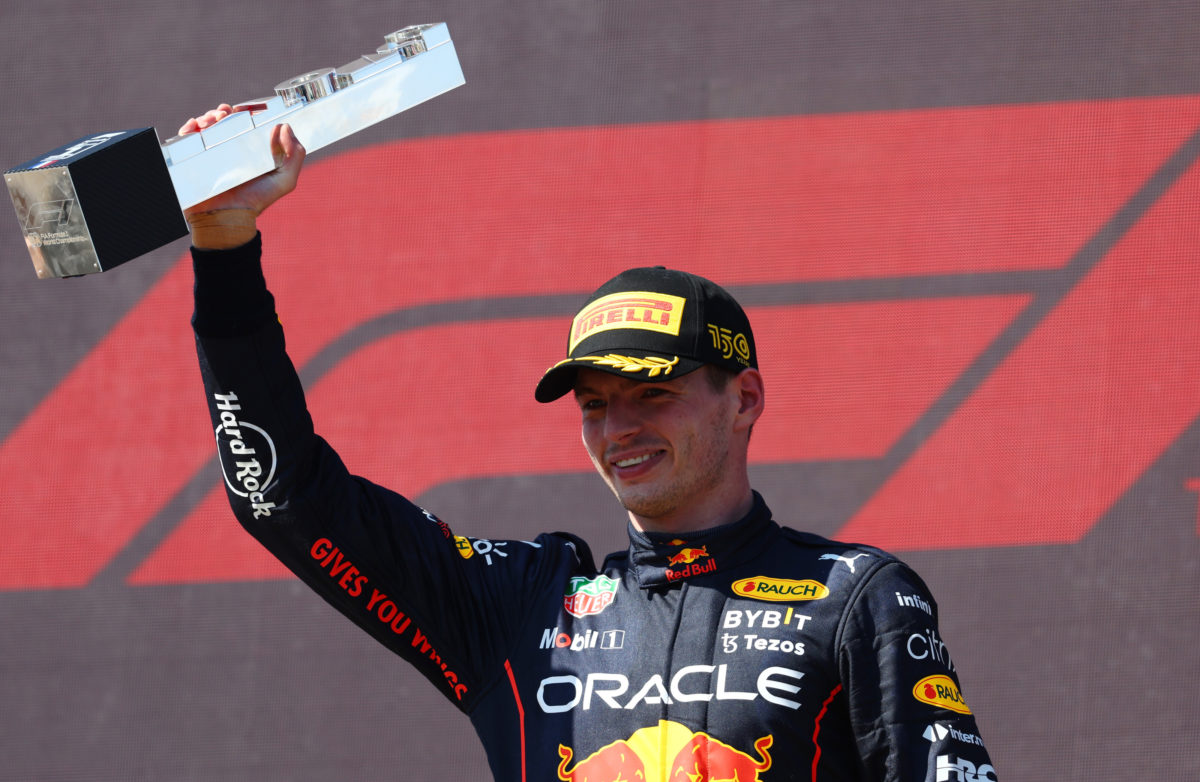 Max Verstappen said victory in the Formula 1 French Grand Prix was down to tyre management following the demise of Charles Leclerc.

Verstappen was largely unchallenged to the flag after Leclerc crashed out while leading on Lap 17.

The Red Bull drivers’ margin of victory at the end of the 53-lap affair was 10.5 seconds to Lewis Hamilton and saw the Dutchman extend his championship advantage.

“Once Charles was off, then I knew that it was all about managing the tyres to the end, because the two stop was slower,” Verstappen explained.

“I just gradually increased the gap.

“The car was good today, we had good pace, so yeah, all about managing tyres.”

After starting second, the championship leader shadowed Leclerc in the early laps but was unable to find a way through.

He subsequently pitted on Lap 16 while Ferrari remained firm in its conviction, leaving its charger out on track.

While the race ultimately opened up in his favour, Verstappen reasons those opening laps offered an important insight even though he was unable to find a way beyond his title rival.

“I was very happy because I wanted to see immediately if we could follow or not compared to Austria where it was the other way around – where I was in the lead but I could barely hold on,” he reasoned.

“This time, I think we were a lot more competitive.

“Of course our straight line speed was very beneficial, but because of that, in high speed, we had to be a bit more careful.

“I stayed in his DRS for quite a while, but around here, even driving on your own the tyres are already getting really hot.

“So I think by doing that, towards the pit stop, my tyres were a bit too hot, that’s why I think he pulled away a little bit.

“But it wasn’t anything like drastic the way he was pulling way.”

With Leclerc failing to score, Verstappen now holds a 63-point advantage over the Monegasque, with Sergio Perez seven points further back in third.

With 10 races remaining, it leaves last year’s world champion in the drivers’ seat in terms of title chances.

“It’s a great lead, but a lot of things can happen,” he warned.

“I just want to stay focused. We need a lot more good results, we still need more one lap pace.

“I also think the next race is Budapest. I think that’s going to be a bit more of a struggle for us, where I think Ferrari is going to be really, really quick.

“But we’ll see. Again, it’s all about scoring points every single race, even when it’s not your day.”

The Hungarian Grand Prix begins on Friday, with opening practice starting at 22:00 AEST.