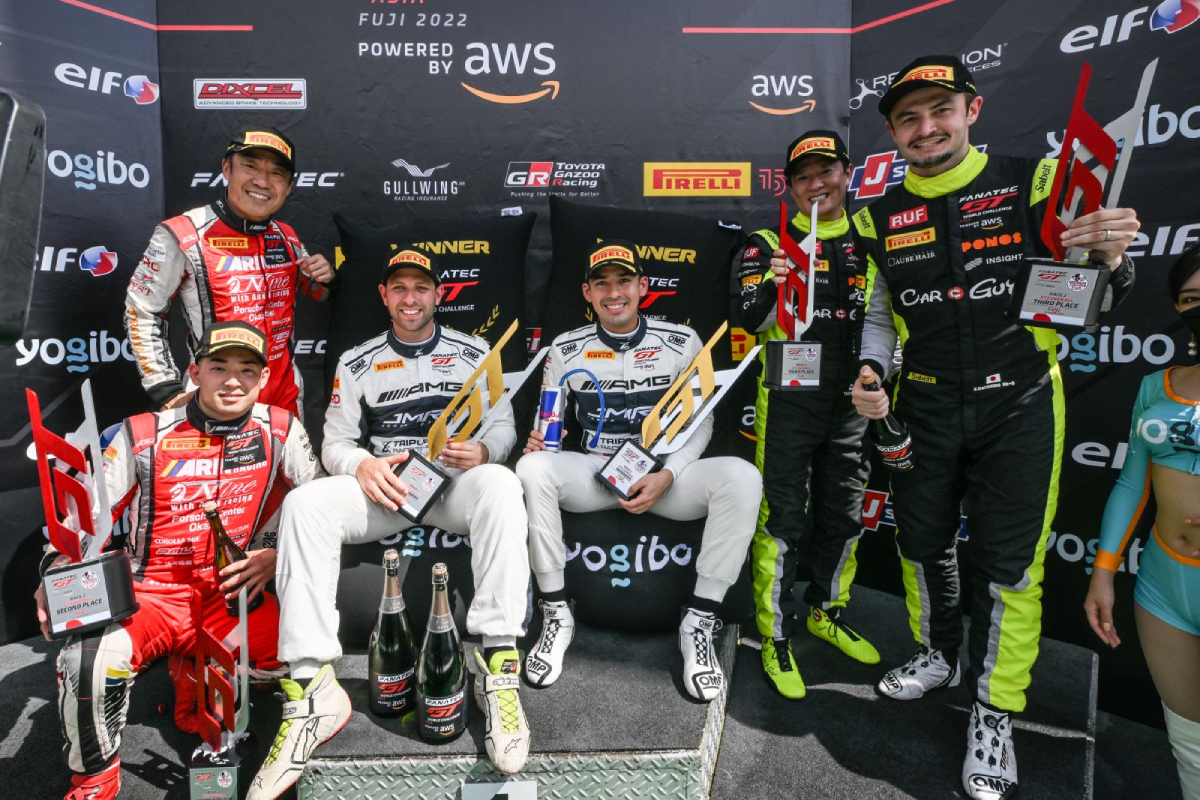 The duo were first to the chequered flag in Race 2 at of the third event of the season, at Fuji International Speedway.

While Kei Cozzolino converted pole into a small but comfortable lead for for CarGuy Racing, Foster in the the #99 Mercedes-AMG GT3 was focused on retaking the places he had lost at the start.

Lining up third but completing the first lap in fifth, he was initially content to follow team-mate Jazeman Jaafar in the #888 Mercedes-AMG GT3, who was hustling Yogibo Racing’s Kiyoto Fujinami.

The same squabble allowed Foster to pick his moment and pass both within the space of a lap before setting off after Tomonobu Fujii who was keeping tabs on Cozzolino ahead.

Meanwhile, Jaafar – who caught up with his team-mate after passing Fujinami – was black flagged for ignoring a jump start drive-through penalty.

He peeled into the pits just as Foster moved up to second by forcing his way down the Vantage’s inside along the start/finish straight.

Their battle had allowed Cozzolino to edge 7.2s clear, but Foster managed to claw back a second of that before both drivers pitted at the end of the 10-minute window.

CarGuy’s Success Penalty dropped Kimura behind Ibrahim, who emerged with a handy lead.

Ibrahim then stroked it home to win the 35-lap encounter by 7.8s.

GT World Challenge Asia now moves on to Sportsland Sugo for Races 7 and 8 of the season on August 19-21.