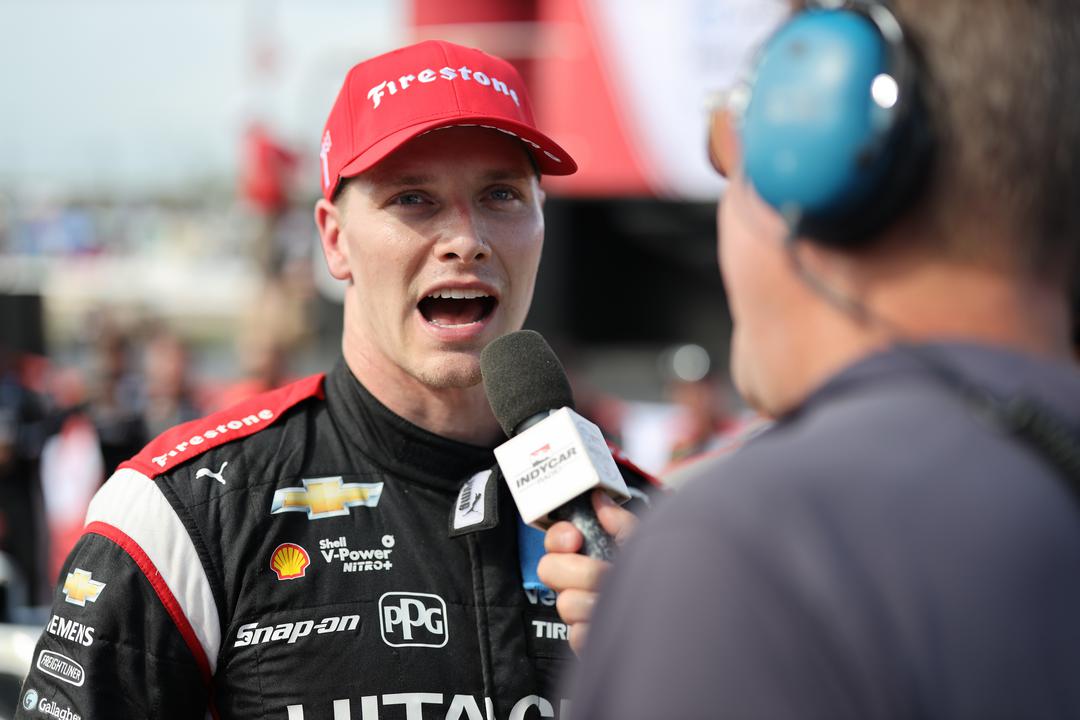 Josef Newgarden has now been hospitalised after a fall following his big crash in Race 2 of the Iowa IndyCar double-header.

The Team Penske driver was leading when his #2 Chevrolet swapped ends at Turn 4 on Lap 235 and crunched into the wall, with television replays suggesting a mechanical failure was to blame.

Newgarden was checked at the circuit’s medical centre and released, fronting for an interview on broadcast and IndyCar Radio.

However, he later fell and hit his head, before returning to said medical centre.

“After the conclusion of the race, he fell and returned to the Infield Care Center.

“He is awake and alert and has been transported to a local hospital for further evaluation.”

IndyCar Medical Director Dr Geoff Billows told Associated Press, “We want to send him downtown for further evaluation because we don’t have the ability to get more advanced imaging and radiographs. But he’s awake and talking to us.”

On whether the Tennessean was displaying symptoms consistent with concussion, Billows remarked, “This is what makes it confusing.

“He crashed, and he was evaluated here after the crash and he was fine.

“We actually went and talked to him afterwards, and then apparently after we talked with him, he exited his hauler, and he passed out or fell and hit his head.

“So as a precaution, we want to make sure that he doesn’t have a head injury.

“He seemed OK here, but we were actually going to re-evaluate him on Thursday because of the level of Gs on his accelerometer.”

Newgarden had admitted that he had been “rocked” by the impact.

“It definitely rocked me,” he said after his first visit to the medical centre.

“I got a little bit shaken from it but I’m okay.

“We have great safety in IndyCar, and the car held up good.

“So it wasn’t that bad, but it’s never nice to hit the wall at flat-chat. We’ll pick up the pieces and go on.”

The two-time IndyCar champion was on for a sweep of the weekend before his crash, with victory in Race 2 ultimately going to McLaren SP’s Pato O’Ward.