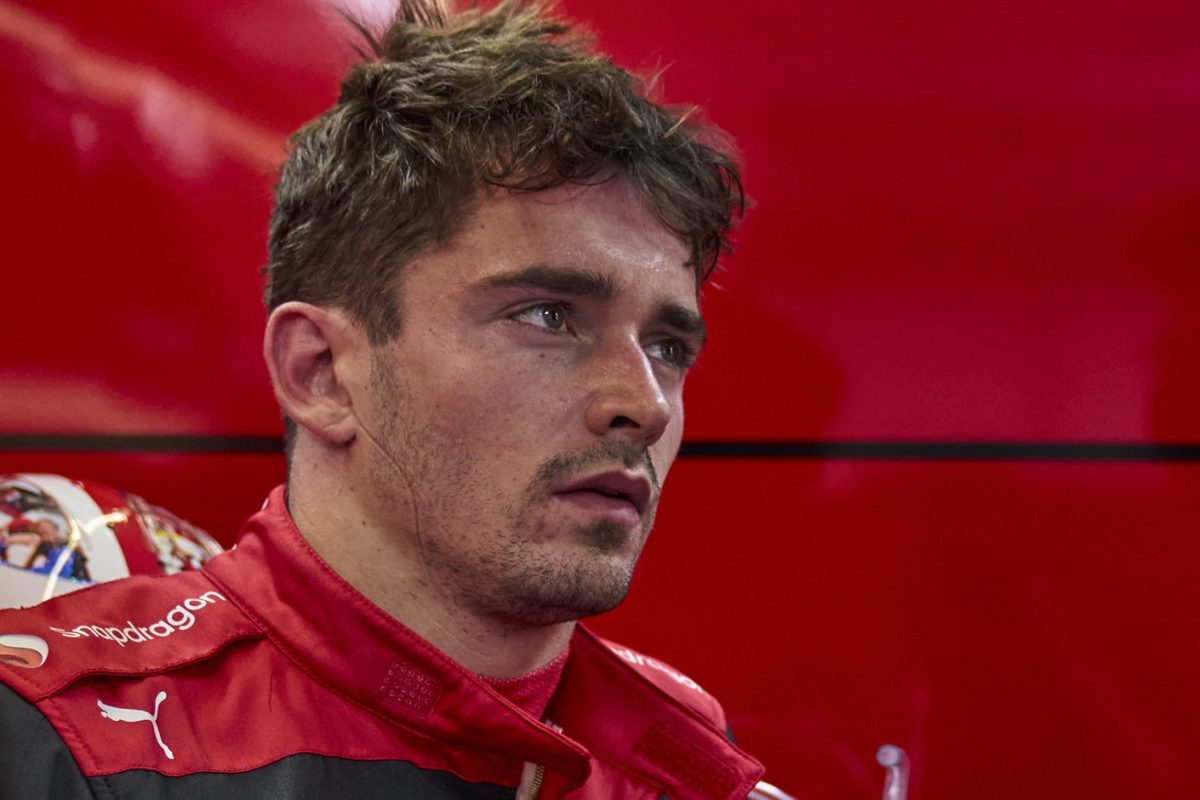 Charles Leclerc has held his hands up following his demise while leading at the Formula 1 French Grand Prix.

The Ferrari driver spun out at De Beausset shortly after Max Verstappen pitted, crashing nose first into the tyre barrier.

Leclerc appeared to lose the rear of his car around the long right-hander, spinning through the run off area.

His initial radio comments aired over the world feed implied a throttle problem, though the pole sitter has since clarified that it was his own mistake that resulted in the crash.

“It wasn’t [a mechanical problem], or at least I don’t know yet if it was,” he clarified following his early exit.

“It doesn’t look like it was, it was just a mistake.”

Leclerc had held the lead in the early stages, absorbing intense pressure from Verstappen before eking out a small advantage prior to the Dutchman’s Lap 16 stop.

Ferrari did not immediately react, leaving the Monegasque on track for another lap, when he lost the rear end.

“I feel like I’m performing at probably the highest level of my career since the beginning of the seas, but there’s no point performing at that high level if I am doing those mistakes.”

With Verstappen going on to win the race, the Red Bull driver now holds a 63-point advantage at the top of the drivers’ standings – more than two full grands prix.

“I think there are 32 points overall [dropped due to driver errors]; 25 today, I think it was likely we were going to win today because we were fast.

“Seven in Imola with my mistake, so at the end of the year we will count back, and if there are 32 points missing then I know it’s coming from me and I did not deserve the championship.”

Following the French Grand Prix, a total of 10 races remain in the season, a maximum of 268 points still on the table in terms of the drivers’ championship.

“I will believe in it to the end and I will count it at the end, but right now it doesn’t look great,” Leclerc observed of his title chances.

The Ferrari pilot started the season strongly with two wins from the opening three races of the season, but has won only once since then, last time out in Austria.

Verstappen by contrast has taken six wins, including a run of five in six races from Imola to the Canadian Grand Prix last month.

The 2022 season continues with the Hungarian Grand Prix this weekend, the final race prior to F1’s summer shutdown.