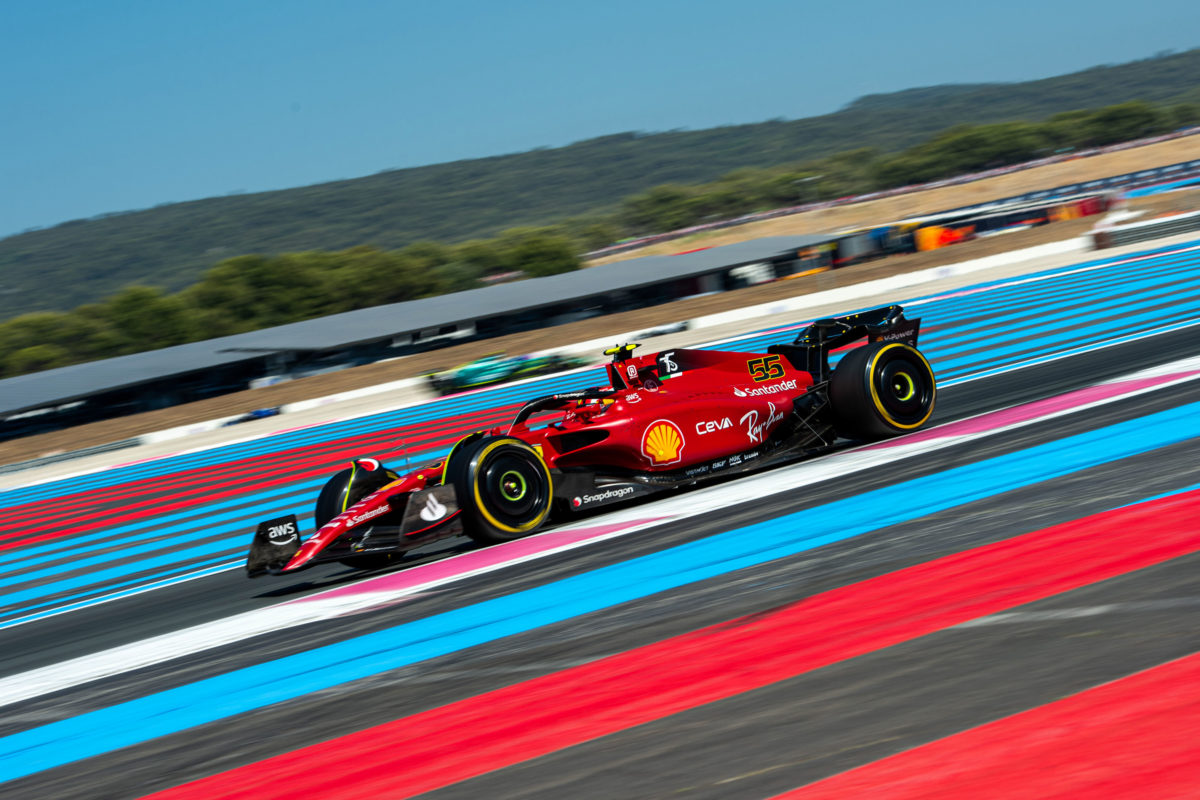 Ferrari team boss Mattia Binotto has defended the strategy calls his squad made during the Formula 1 French Grand Prix.

While Charles Leclerc was a scratching before taking service for the first time, Carlos Sainz proved a contender for a strong result after a solid opening stint.

The Spaniard had started from 19th on the hard compound tyres, rising through the field to sit 10th when he stopped on Lap 18 under the Safety Car for his team-mate’s retirement.

A set of medium tyres were bolted on, fulfilling the requirement to use two compounds of tyre, but with a lengthy 35-lap stint to the finish.

It proved a slow stop, compounded by the team releasing Sainz into the path of Alex Albon’s Williams, for which a five-second penalty was applied for an unsafe release.

“The choice we made was the proper and the right one,” Binotto told accredited media, including Speedcafe.com, following the race.

“I think that Carlos, from the cockpit, from the head, do not have all the information, so for him it was difficult to judge.

“But no doubt, I think we made the right choice.”

That choice was to pit Sainz for a second time on Lap 42, just after he’d passed George Russell to move into third place.

Indeed, the call to stop the 27-year-old was relayed while he was locked in battle with the Mercedes driver, prompting an angry response over the radio.

With strong pace, better than Russell’s at that point, it also raised questions over whether it was the right decision given Sainz fell from the podium to ninth as a result.

“As first, we are trying to extend his stint as much as possible to have the best tread on the tyres life, to make sure at least we’re not overshooting any decisions in terms of tyre life,” Binotto explained.

“But as soon as we got all the information which were required, we realised that there was not sufficient tyre life to go to the end of the race. As simple as that.

“To stay out would have been a risk in terms of safety and reliability in terms of tyre life, so we have to stop.

“More than that, I think that the pace of Carlos would not have been sufficient to open the gap more than five seconds to [Sergio] Perez and Russell somehow to cover the five-second penalty.

“So, it was important, it was right to stop.”

Sainz recovered to fifth at the flag, unable to close down the gap back to Perez in the laps remaining.

“It was hot, hard, difficult in general for me, but it was fun,” the British GP winner said after the race.

“I had a lot of fun going through the field, making a lot of overtaking.

“We had a few obstacles along the way with the slow pit stop, the penalty [for an unsafe release], but still somehow managed to make it to the podium.

“And then, obviously, with the extra pitstop and the five-second penalty, it slipped away from us.

“I think with a perfect race today we could have finished on the podium,” he added.

“But I will take P5, fastest lap, and driver of the day, and a good recovery, some good battles.”

The Formula 1 season continues this weekend with the Hungarian Grand Prix, opening practice starts at 22:00 AEST on Friday.