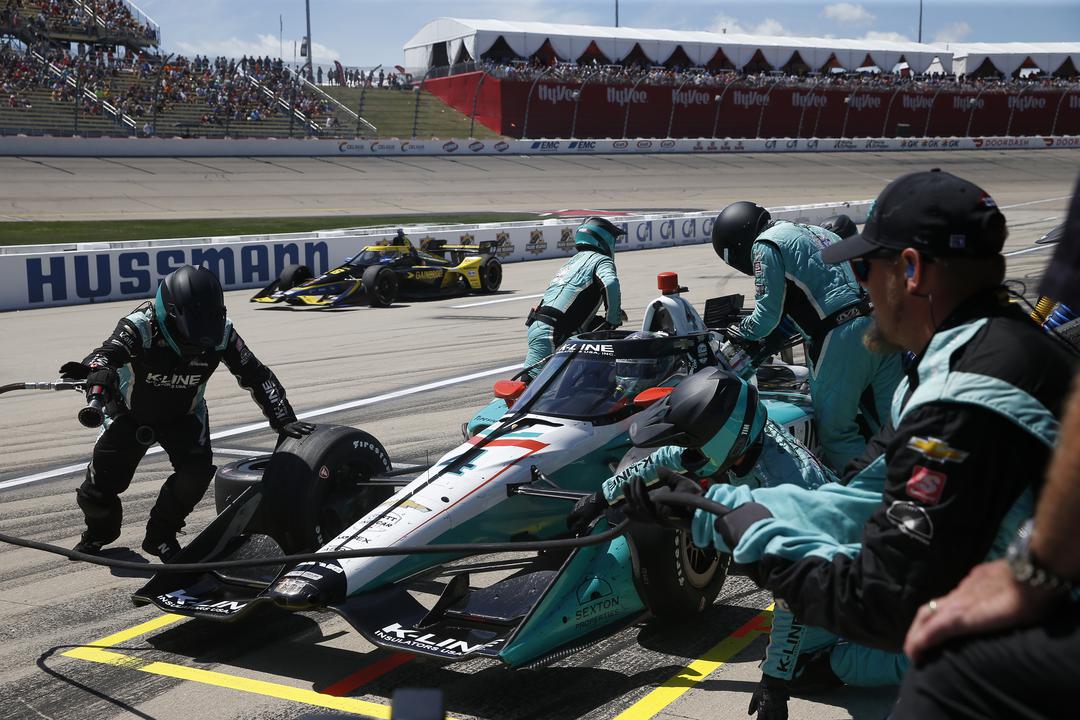 A Dalton Kellett pit stop in Race 2 at Iowa

An AJ Foyt Racing crew member suffered a fractured femur when he was hit during Dalton Kellett’s final pit stop in Race 2 of the Iowa IndyCar double-header.

Kellett was forced to serve a 30-second hold penalty for ‘hitting personnel’ during the stops which took place under the second and final Caution period of the 300-lapper.

Now, Foyt tyre changer Chris McFadden has revealed himself on social media as the unfortunate crew member, and outlined the injuries which he incurred.

“Got hit today on the last pit stop,” wrote the United States Army veteran, who is also the team’s pit crew trainer, on Instagram.

“This is the risk we take in this sport and unfortunately these things happen.

“Big shout out to my teammates who were there for me as we waited on medical.

“The [MercyOne hospital] and [IndyCar Safety Team] have been awesome!

“Thanks to [Dalton Kellett] and the entire [AJ Foyt Racing] team for checking in on me.

McFadden had been the outside rear tyre changer on Car #11, driven by Tatiana Calderon on road courses/street circuits and by JR Hildebrand on ovals, but that entry has missed the last two events due to sponsorship troubles.

The Caution period in which the incident occurred was that triggered by the crash for Josef Newgarden at Turn 4.

Newgarden was initially released from the circuit medical centre before collapsing and hitting his head as he exited a Team Penske transporter, and has now been hospitalised.

In a further coincidence, it was he who hailed the commitment of one of his own tyre changers just a day earlier when he revealed that Kyle LaPier had shown up at Iowa Speedway despite a near-death experience in a midweek hornet attack.