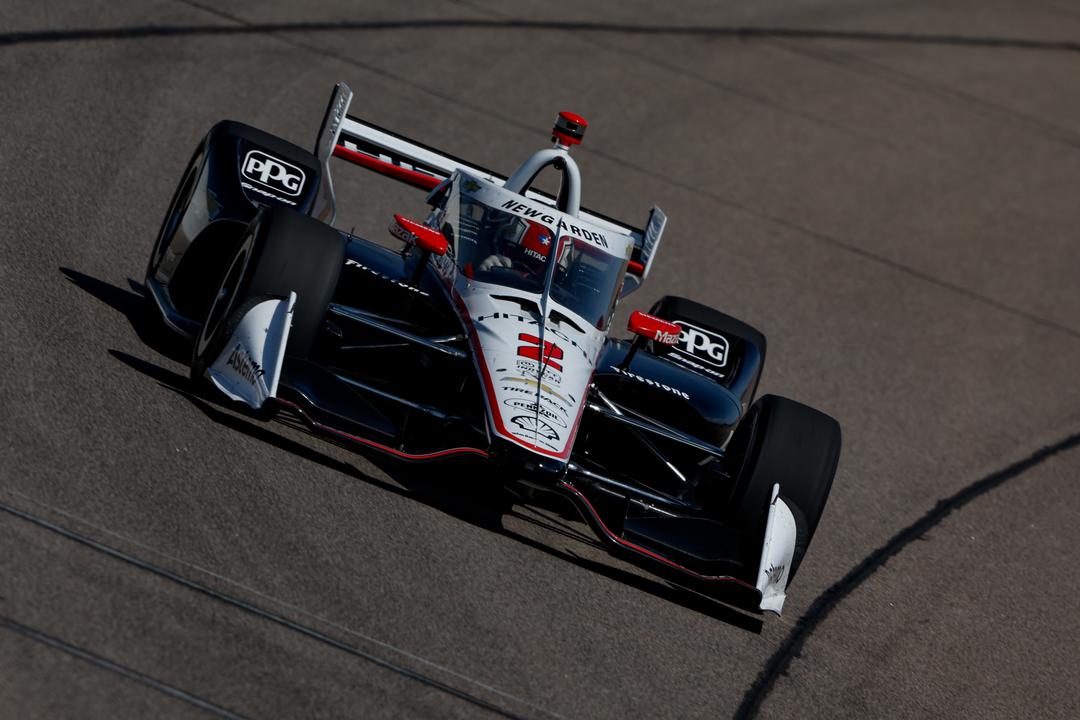 Power led initially but team-mate Newgarden would head the field for the bulk of the 250-lap contest and ultimately took the chequered flag 6.1784s up on McLaren SP’s Pato O’Ward.

Ed Carpenter Racing’s Rinus VeeKay made it an all-Chevrolet top four, with Chip Ganassi Racing’s Scott Dixon climbing to fifth in the closing stages in the #9 Honda.

Series leader Marcus Ericsson (Ganassi) ended up a lap down in eighth while Scott McLaughlin (Penske) finished six laps down in 22nd having had to pit from fourth position with a loose wheel at the fourth and final restart.

In the series, Newgarden has moved up to second spot at 15 points behind Ericsson, while Power is 22 points off the pace in third.

Power and Newgarden very nearly made side-to-side contact as they took the initial green flag, with the Queenslander leading the Tennessean, Conor Daly (Ed Carpenter Racing), O’Ward, and McLaughlin in the early laps.

Power ran about 1.6s clear until he caught the tail of the field, while O’Ward had just passed Daly when a Caution was called on Lap 17 for a Jimmie Johnson spin at Turn 4.

The Ganassi driver somehow stayed off the walls and would be among those in the back half of the field who took the opportunity to pit, before a restart on Lap 23.

Newgarden nabbed the lead at Turn 1 upon that green flag, before Ericsson rounded up McLaughlin for fifth on Lap 26, having started only 12th.

Ericsson soon overtook Daly too, before Herta, one of the early stoppers, charged from 16th at the restart to fifth when he also got by the #20 Chevrolet, on Lap 40.

Herta was into the podium positions once he passed Ericsson on Lap 46 and O’Ward on Lap 50, before catching up to the #12 Chevrolet of Power.

Newgarden pitted from a lead of more than six seconds on Lap 60, while Power managed to hold Herta at bay until both stopped a lap later.

An off-sequence Johnson pressed on until Lap 80, at which time Newgarden resumed the lead by a margin of three seconds, from O’Ward, Power, Ericsson, Herta, McLaughlin, and Dixon in seventh.

McLaughlin and Dixon soon passed Herta, whose slide would continue, while Johnson fought back from a lap down just after his second stop to pass Rinus VeeKay (ECR) for seventh on Lap 97.

Newgarden’s margin was 5.8s at the completion of Lap 100 as Ericsson got by Power for third, before Johnson moved into the top five at the expense of McLaughlin on Lap 104.

A Caution was called on Lap 111 when Felix Rosenqvist (McLaren SP) spun into the wall at Turn 1 while running ninth, wiping out Newgarden’s by then eight-second advantage.

Still, it meant Car #2 easily retained the lead when everyone filed into the pits, with O’Ward continuing to hold second, from Ericsson, Power, McLaughlin, a now strategically-aligned Johnson, and Dixon in seventh.

Herta was among the bunch to stop a second time under yellow, but that was his undoing when the #26 Honda apparently lost its clutch and he was unable to get neutral.

At the Lap 124 restart, Ericsson went under O’Ward at Turn 1 and Power passed the #5 Chevrolet for third at Turn 4, before another Caution on Lap 127, for debris.

Ericsson was keen again at the Lap 134 green flag, looking high on Newgarden before he tried the low line and they touched at Turn 4 on Lap 136.

Power capitalised on the Swede getting unsettled in Car #2’s wake by passing the #8 Honda at the end of Lap 137, restoring a Penske one-two.

Less than a second covered the top three at the completion of Lap 150 as VeeKay got by Johnson for sixth, and Dixon circulated in 10th after losing out at the restart.

O’Ward got under third-placed Ericsson on Lap 157 and when the Indianapolis 500 winner was baulked by the lapped Simon Pagenaud (Meyer Shank Racing) on Lap 163, he went high while McLaughlin went low and took fourth position.

Ericsson dropped to ninth as he got very high indeed, but at least he stayed off the wall, whereas Ed Carpenter (ECR) hit it moments later at Turn 2 to trigger the fourth Caution of the afternoon.

Once everyone pitted again, it was an unchanged top four of Newgarden, Power, O’Ward, and McLaughlin, from Alex Palou (Ganassi), Johnson, VeeKay, Dixon, Christian Lundgaard (RLLR), and Ericsson.

Just as they were about to go back to green on Lap 175, McLaughlin was into the lane again with a loose right-rear wheel, which was missing its nut.

Palou thus inherited fourth spot and turned that into third position when he immediately rounded up O’Ward, before attacking Power in the following laps.

As VeeKay and Johnson chopped and changed in the battle for fifth spot, Newgarden led Power by 0.6s at the completion of Lap 200 of 250.

O’Ward passed a by then struggling Palou on Lap 207, and duelled with Power in traffic before eventually making a move for second position stick on Lap 218, at which time Newgarden was more than two seconds to the good.

The gap from first to second ebbed and flowed in traffic but Newgarden was 3.4s up when he lapped 10th-placed Ericsson with 10 laps to go, while Power had slipped to more than 10 seconds from second spot.

With that, he lost fourth position to VeeKay, then was rounded up by team-mate Dixon for fifth on Lap 247, before being lapped by Newgarden on the Penske driver’s penultimate lap.

Still, Palou made it to the chequers in sixth, ahead of Grosjean, Ericsson, Graham Rahal (RLLR), and Lundgaard.

Johnson faded to 11th at the finish, Alexander Rossi (Andretti) was a low-key 13th, and Herta would be classified eight laps down in 24th.

The second race of the weekend starts tomorrow at 05:30 AEST, when Power will be on pole again.