Leclerc had full trust in Sainz during qualifying tow

Leclerc had full trust in Sainz during qualifying tow 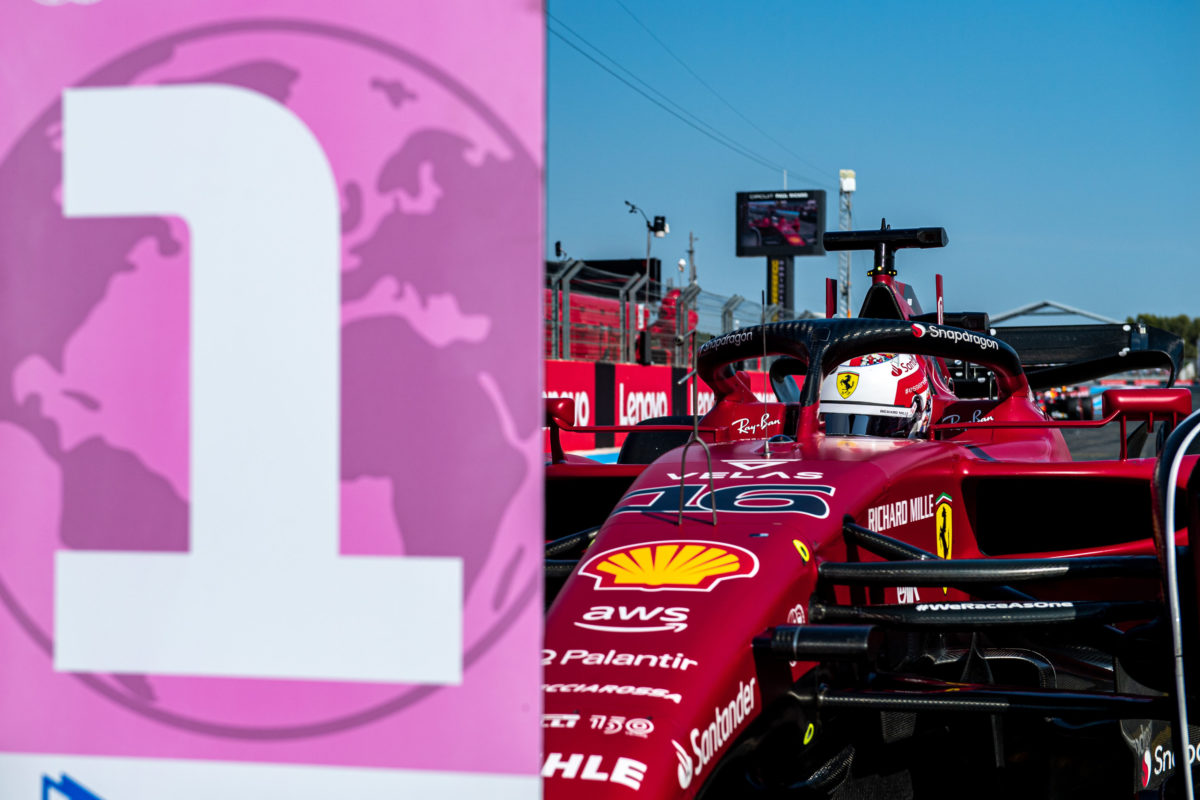 Charles Leclerc had full trust in team-mate Carlos Sainz as they collaborated to help secure the former pole position for the Formula 1 French Grand Prix.

With a rear of grid start hanging over Sainz, courtesy of taking additional power unit components before qualifying, the Spaniard worked in support of his Ferrari team-mate during the latter stages of Saturday afternoon’s session.

Having progressed to Qualifying 3, the British GP winner offered a slipstream along the second part of the Mistral Straight.

It offered Leclerc a boost that enabled him to cover off the straight-line speed advantage rival Max Verstappen had enjoyed in practice.

“I was very happy with my last lap, and obviously I got the help from Carlos also, that helped us for that lap too, so great team-work and a good lap,” said Leclerc.

The Monegasque secured pole over Verstappen by just over 0.3s, and credited the benefit afforded by the tow with a large part of that advantage.

“I think it’s around two tenths of what I remember in the car compared to the lap of Q2 without the two,” he explained of the impact the slipstream had.

“It’s significant. It will have been a lot more tight with Max without the tow.

“It’s quite tricky to get it exactly right,” he added of the difficultly in orchestrating it.

“I think the first lap, maybe we were a bit too close in [Turns] 8/9 and I lost a little bit there, and I just drove not in the best way possible.

“Then in the second lap, we adapted that, and then it was batter, and that was the lap.

“We did a good job communication wise, and also Carlos helping me was amazing.”

While the tactic was an obvious one heading into qualifying, it was not rehearsed prior to the crucial session.

“So we did quite a good job to, between the first run of Q3 and the second run of Q3, we did a good step in the right direction.”

With Sainz running ahead on track, the Spaniard had to balance pulling far enough clear so as not to upset the aerodynamics on his team-mate’s car in the opening sector, before slowing and closing the gap to offer a slipstream down the back straight without compromising the Mistral chicane.

To execute the move, the Spaniard started the lap as though he was on a qualifying run, before slowing on the first part of the Mistral Straight.

With Leclerc then in range as he slowly exited the chicane, Sainz accelerated again and lead his team-mate down the second part of the straight and through Courbe de Signes before sweeping aside on the entry to De Beasset.

“It’s all in the trust at the end,” Leclerc said.

“I knew that Carlos was going to eventually get out the way at one point, I just didn’t know when.

“But Carlos judged it perfectly and got out the way at the right moment.”

The result marked Leclerc’s 16th Formula 1 pole position, while Sainz will line up 19th of the 20 starters owing to his grid penalty.