Kostecki eager to race in Trans Am

Kostecki eager to race in Trans Am 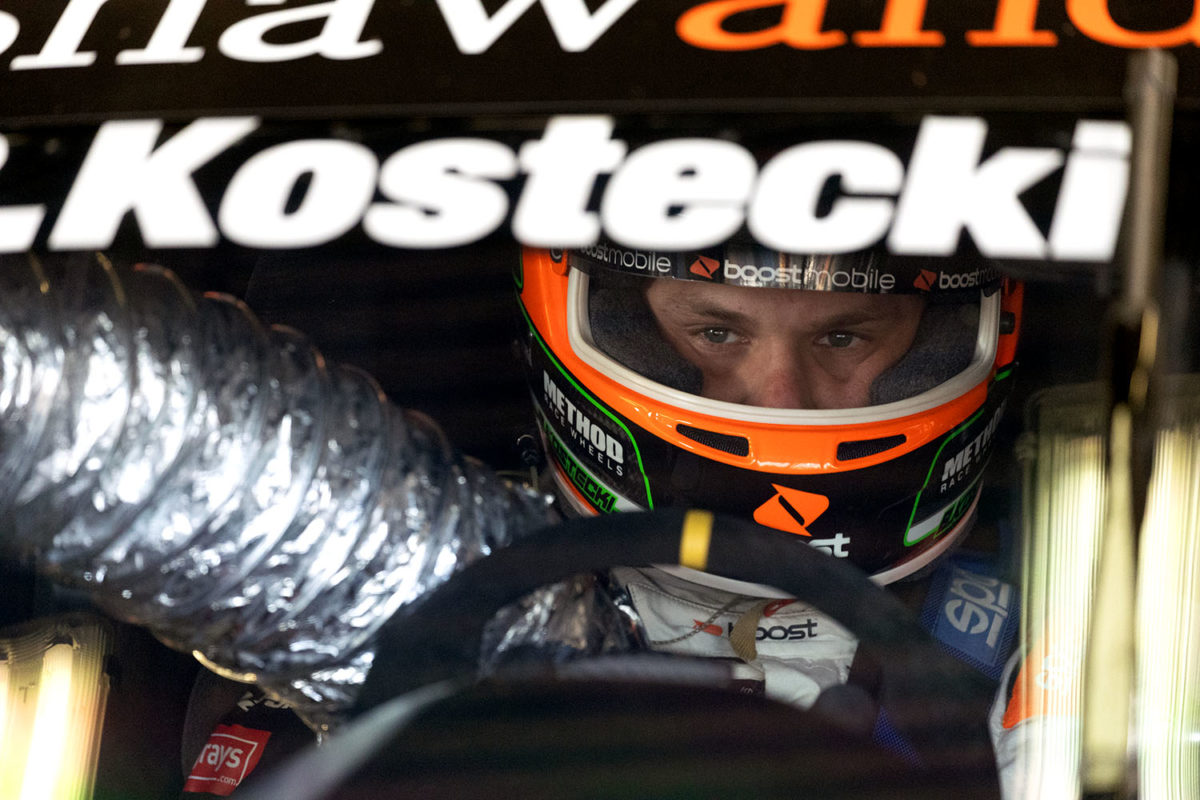 Brodie Kostecki is keen to race in Trans Am competition as preparation for a planned tilt at NASCAR next year.

The Erebus Motorsport driver is hopeful of contesting a handful of Cup Series or Xfinity Series races in 2023, when the Repco Supercars Championship calendar allows.

With that in mind, Kostecki is looking at getting himself in another raw, V8-powered category of racing.

“I’ve been trying to,” the 24-year-old told Speedcafe.com of a potential run in Trans Ams.

“It’s also good to drive something similar to what I could be driving next year over on the NASCAR side.

“It’s hard to get track time, just with how much everything costs these days, so I’ll race anything,” he added.

“It doesn’t have to be a Trans Am car or whatever, it’s just more about trying to dip my feet into more racing in general.

“That’s why I wanted to have a go in a sprintcar and I’m really excited to be having a go at that again as well coming up at the start of the season, and it’s just more about doing more racing in general.”

Kostecki is not the only Supercars driver who has been taking in sprintcar racing as an extracurricular activity.

Tickford Racing’s Cameron Waters has been doing likewise, and it has been noted that the discipline forces one to learn how to adapt to a situation.

Kostecki had a similar take.

“Supercars is one of the most competitive categories in the world, in my opinion, and it’s regarded very highly across the world of motorsport,” he observed.

“You have to be really quick on your feet and if you’re going to race against the best, you need to challenge yourself.

“So, I’m trying to sort of challenge myself as much as I can and a sprintcar’s part of that challenge.

“It’s a whole different dynamic when you go race a sprintcar to how you go drive a Supercar but it’s more about problem-solving and being able to adapt to the surroundings when you’re driving.”

“I’ve been very lucky with Betty and Barry being very supportive of what I do,” remarked Kostecki.

“I had no problems going and asking to race a sprintcar, and same thing as well trying to race other categories, whether that was wanting to do a couple of races next year overseas in NASCAR if the calendar can fit, or whether it be Trans Am.

“The team’s been very supportive of that and can’t really thank them enough.”