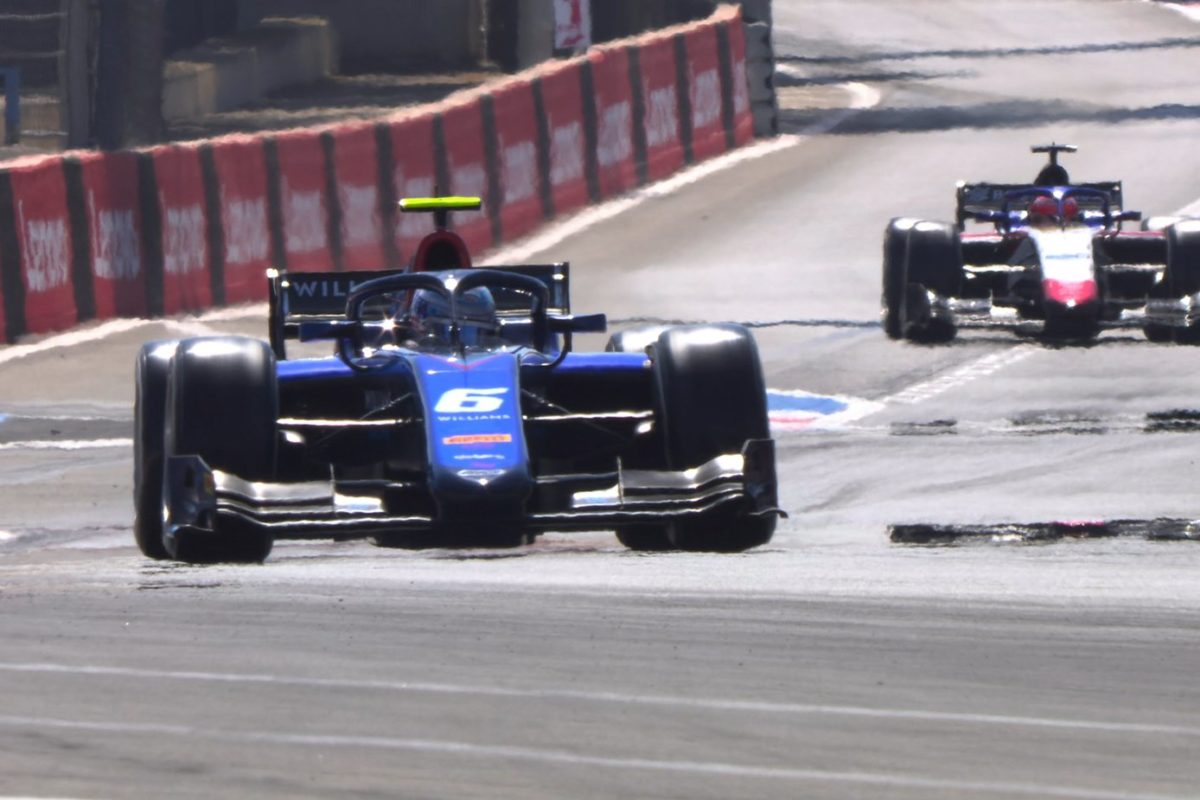 The American recorded a lap as the chequered flag waved that was just 0.006s faster than Ayumu Iwasa to secure top spot.

Jack Doohan will line up fifth on Sunday, while fellow-Aussie Calan Williams will start a promising 13th.

The opening minutes of the session saw drivers circulating to bring their tyres into the operating window, most completing two warm up laps before embarking on a timed effort.

They were the only two inside the 1:45 bracket, more than 0.2s clear of third best Iwasa.

Theo Pourchaire moved to the top of the timesheets on his second timed effort with a 1:44.941s, quickly bettered by Sargeant who logged a 1:44.599s.

Having slipped down the order as others around him improved, Doohan was only capable of a 1:44.851s on his second attempt, slotting him in second fastest.

That became third when Iwasa went quicker than the Australian by just over 0.1s to sit just behind Sargeant.

Doohan then slipped further down the order when his second lap was deleted for track limits.

A lull then fell over the session as drivers returned to the pits to bolt on a second set of the soft compound tyres, the field heading back out almost in unison with 11 minutes left in the 30-minute session.

Not among them was Enzo Fittipaldi, who climbed out of his car and took no further part in the session.

A red flag with just over seven minutes remaining interrupted the final flurry, Dennis Hauger pulling to the side of the road on the exit of Turn 2 to trigger the stoppage.

The clock was suspended during the interruption, Felipe Drugovich leading the pack out with just under seven minutes remaining once proceedings resumed.

The Brazilian completed only his out lap before beginning a flying lap, while others opted for a second preparation lap, and went quickest with a 1:44.241s, though times began to rapidly change.

For most, enough time remained to complete a cool down lap and start another flier, Doohan impatient as he found himself caught in a train of cars approaching the end of the lap.

There were no such concerns for Drugovich, who effectively had the track to himself as the first car in the queue.

Iwasa did not make it back to the line in time, preventing him from improving and leaving his fate in the hands of others.

Drugovich climbed to third with his final effort as the chequered flag waved, Vesti also improving but unable to improve on his position to stay third.

Doohan remained fourth, which became fifth when Sargeant crossed the line seconds later to go fastest, the American was 0.006s quicker than what had been set by Iwasa, with Vesti third.

The grid will then run Drugovich, Doohan, Pourchaire, Vips, Armstrong, and Lawson, while Jehan Daruvala will be on pole position for Saturday’s reverse top 10 Sprint race.

The gets underway at 02:00 AEST on Sunday morning.