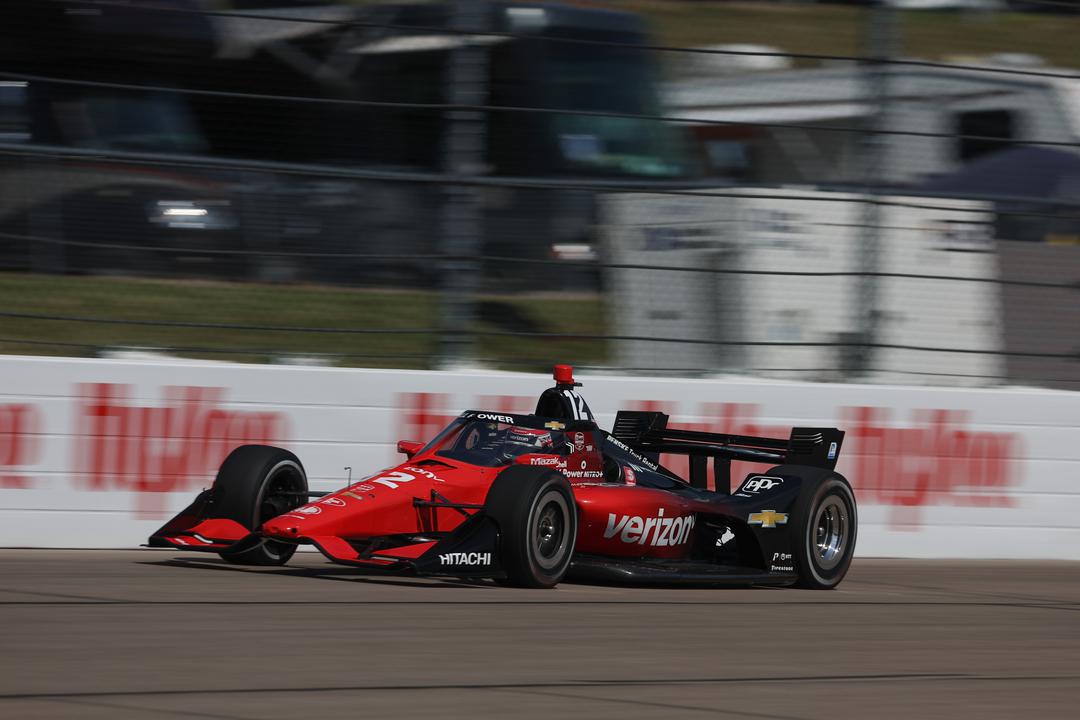 Will Power has rejected suggestions that Team Penske is a clear favourite at the Iowa IndyCar double-header, in part because driver and engineer movements have uncovered its set-up secrets.

The Queenslander set the pace in the sole, 90-minute Practice session of the event, with team-mates Scott McLaughlin and Josef Newgarden taking third and seventh, respectively.

Penske also went one-two-three in a 19-car private test at Iowa Speedway a month ago, but Power does not believe ‘The Captain’s’ men are standout contenders this weekend, notwithstanding that the team has also won the last three races which have been held on the 0.875-mile tri-oval.

Newgarden achieved two of those victories, namely the 2019 race and the latter half of the 2020 double-header, with the other going to Simon Pagenaud.

However, Pagenaud is now domiciled at Meyer Shank Racing, which furthermore has an alliance with Andretti Autosport, while Newgarden’s engineer of the day, Gavin Ward, now works as Director of Trackside Engineering at McLaren SP.

“I had cars at the test that I thought were pretty strong as well,” said Power.

“The McLarens look good… I know what teams have our set-up.

It was then that Andretti’s own Romain Grosjean laughed, “He doesn’t remember it all.”

Power responded, “He does! Yeah, right…

“He used to take screenshots of our set-up sheet, so he has it,” joked the 2014 champion.

“And he emailed it to himself.

“But yeah, I mean, maybe they don’t run that. We’ve certainly changed since ’19 – tyres change, so it is a different car – but they get the sort of philosophy.”

Power, currently second in the series, is therefore not counting on Iowa as a huge opportunity to make ground on Marcus Ericsson.

“You just can’t tell in this series; you can’t,” he declared.

“You don’t know when a yellow [flag] will fall; you just can’t say, ‘Okay, I’m going to have this race that I’m going to get points’; it just may not be the case.

“You’ve got to take every race and put everything into it because you never know.”

Power is at least hoping to convert practice pace into a decent qualifying position after an awful run of late in the IndyCar Series.

He has qualified 16th, 15th, 21st, and 16th for the last four races of the season, and while he salvaged a win and a podium during that period, he was punished last time out in Toronto with a finish of 15th.

Not all of those starting positions have been Power’s fault, at least not personally, although he did put his hand up on behalf of himself and his crew for putting themselves in the situation to be trapped by a red flag in Toronto.

Then, he noted that he has been unable to go on with strong practice performances of late, a trend which he is hoping to change at Iowa.

“You’re never going to predict who’s going to be where but I’m hoping to finally have a good qualifying and least start at the front,” remarked Power.

“I feel good about the car.”

Qualifying and Race 1 of the weekend will be held tomorrow morning at 00:30 and 06:06 AEST, with Stan Sport the only place to see those sessions in Australia, live and ad-free.