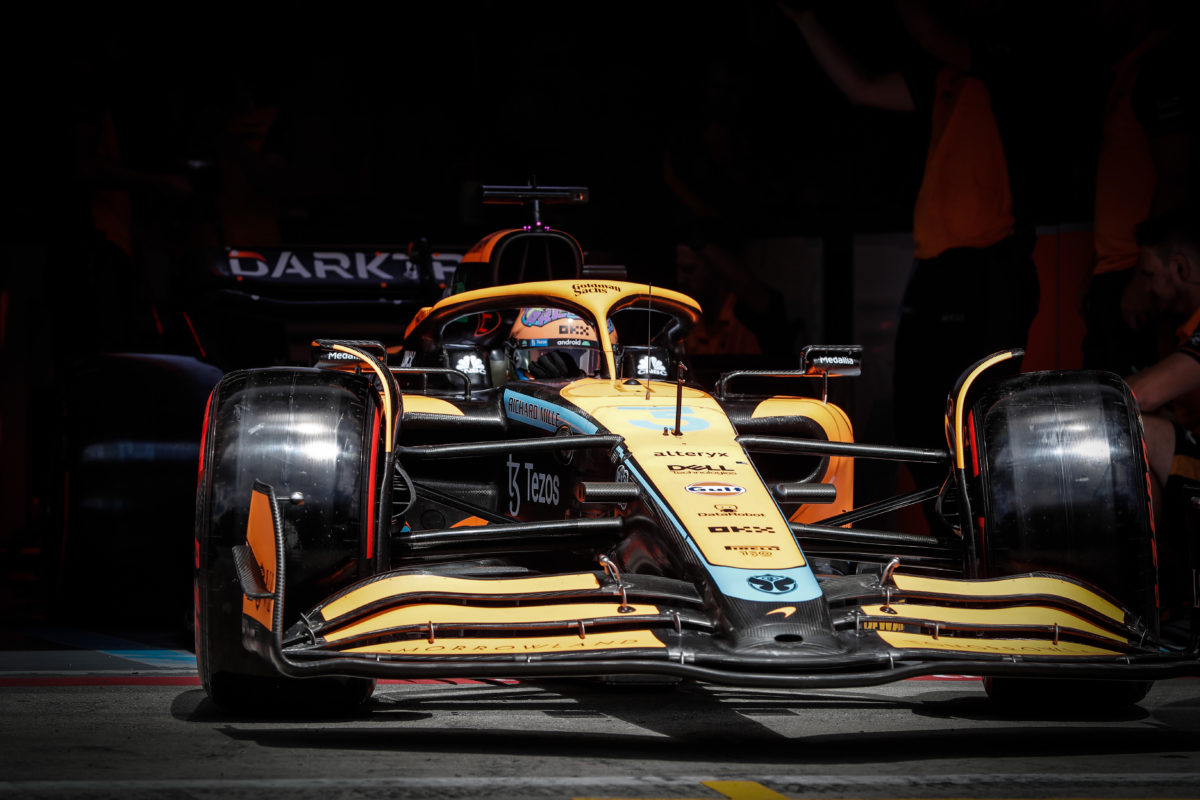 McLaren has this weekend debuted a sweeping set of updates to the car driven by Daniel Ricciardo and Lando Norris.

The duo will sport a number of new or updated components from a revised rear wing to a new floor.

It’s the second notable upgrade package the team has deployed to the car, having introduced new parts at the Spanish Grand Prix in May.

McLaren has been somewhat conservative when it comes to updates thus far and has seemingly lost ground in the tight midfield battle as a result.

Though it remains fourth in the constructors’ championship, it is only equal on point with Alpine, while the lines of Alfa Romeo Sauber, Scuderia AlphaTauri, and Haas have all proven capable rivals on occasion.

“After we brought the Barcelona package, obviously the entire team focused in the last month on bringing let’s say this next evolution of our current car concept to the track with the main focus of just increasing downforce,” team boss Andreas Seidl said.

“The idea today was to fit it first to Daniel in the morning to go through some quite specific programme in order to understand also in straight comparison with Lando still being on the old package.”

A total of seven listed changes have been made to the MCL36 this weekend, with a mixture of reliability, performance, and circuit specific changes among them.

Changes to the rear wing endplate have been made “to avoid a reliability concern,” according to the notes provided by the team to the FIA.

The remainder of the components are effectively performance related, including new sidepods and mirror stays.

“A new sidepod shape has been brought to this event as part of a more complete package update which aims at improving the overall load on both axles in conjunction with the floor,” the team noted in its description of the change.

“This includes a repositioned mirror stay on the chassis.”

The floor has also changed, with a new diffuser, underbody and edge geometry, the team hoping it works in conjunction with the sidepods to generate more downforce across front and rear axles.

There are also circuit specific cooling louvres, with temperatures set to hover at or above 30 degrees Celsius for the weekend.

Revised brake ducts have also been added to help with cooling, while there are new winglets at the rear of the car as the team investigates “the opportunity to improve flow conditioning on the scoop and the relative change on brake cooling.”

Finally there is a new engine cover for this weekend’s race, with additional cooling options included “to ensure reliable running of the PU fluids.”

McLaren isn’t alone in bringing updates to Paul Ricard this weekend, though its package is the most comprehensive.

Mercedes has delivered a new floor edge and front corner to its cars, the former for performance and the latter for cooling.

At Red Bull, there are new floor fences and cascades on the rear corner, designed to bring downforce to the RB18, while Ferrari has modified the geometries on its floor and diffuser which is claims is in an effort to widen the operating window for the car.

There are new floor edges and fences for Alpine, while Scuderia AlphaTauri has a number of updates.

That includes floor and floor fences, diffuser, and engine cover, all designed to add performance to the car.

Aston Martin, Williams, and Alfa Romeo Sauber have much smaller packages, with Haas the only team to arrive in France with the same car as it raced in Austria.