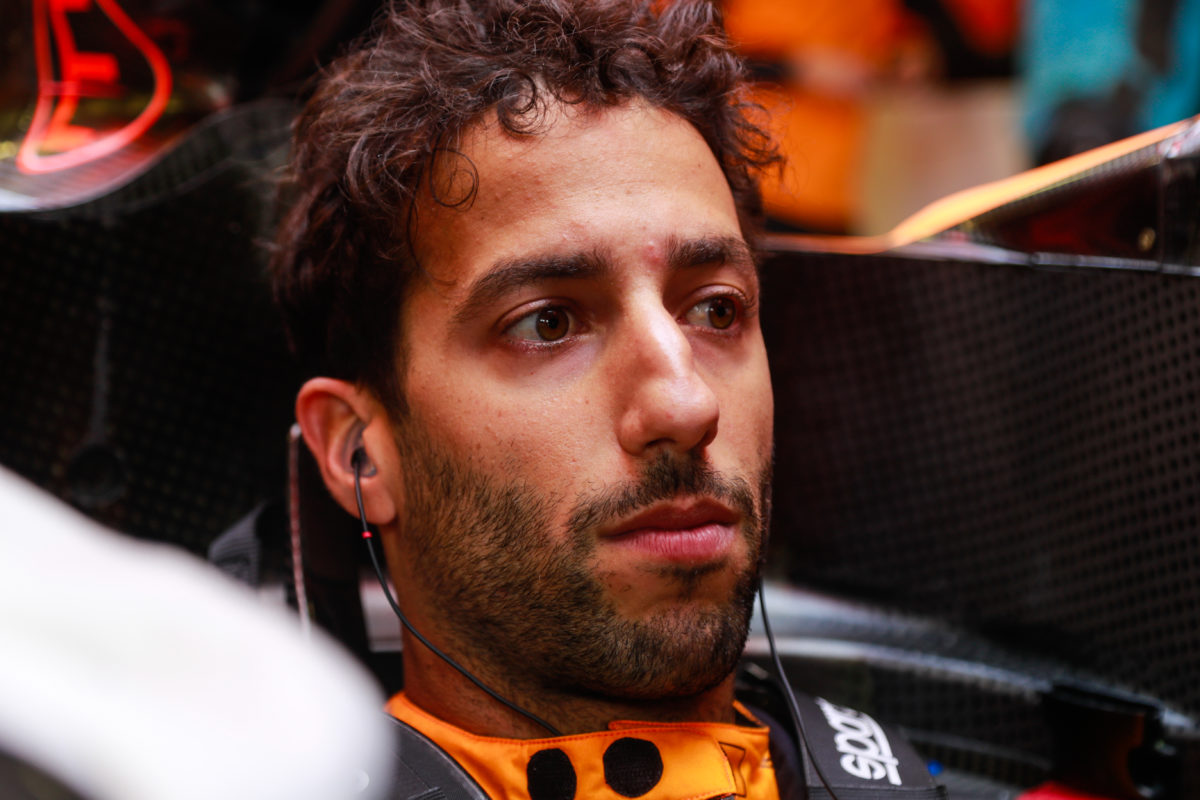 A desire to quash the speculation which has dogged him throughout the 2022 Formula 1 season promoted Daniel Ricciardo’s social media statement last week.

The Australian posted on his social channels a statement reaffirming his commitment to both the sport and McLaren.

He also reinforced his intention to see out the balance of his contract, which runs until the end of 2023.

The 33-year-old has now moved to explain the rationale behind his post ahead of this weekend’s French Grand Prix.

“I know my situation, I know my future,” Ricciardo said in an interview with Fox Motorsport host Jessica Yates.

“We get to the point where everyone’s coming up with different stories every weekend, and I’m trying to answer different ways of telling them.

“And I’m like, let me just put it straight and from the horse’s mouth, as we say.

“So it was pretty much that, so people could hear from me, and just try to put it to bed more than anything and get them to ask me something new.”

The message, he confessed, was not aimed purely at the media and his fans, but also those within the broader McLaren organisation.

“Behind the scenes, there’s so many people who are working closely with me at McLaren who are trying to understand what I’m feeling in the car, and how to develop it, and how to get me in a place that I’m obviously comfortable and then capable of winning races,” Ricciardo said.

“There’s so much work going [on] after hours, if you know what I mean.

“There’s hundreds and hundreds of people also in the factory that don’t come trackside, that I’m sure read the media, and so also for them to hear it from me – because if they’re putting all this work and then they’re questioning ‘oh, what’s Daniel going to do?’

“You obviously want everyone as well to be supporting you and on your side, and addressing that with them as well was important. So I’ve done that.

“And we as a team are not having the best year, so to let them know that I’m with them, and I’m not backing down from this challenge, and I’m going to rally through it with them,” he added.

“These sorts of things, you know, obviously carry a lot of weight, and it’s honest, and the intentions are real.”

That has seen Colton Herta behind the wheel of last year’s car since the Austrian Grand Prix, while others including in the broader McLaren family, including Pato O’Ward have also been touted as potential candidates.

Others already on the F1 grid have been linked to the drive, including Pierre Gasly and, most recently, Sebastian Vettel.

“It’s only been what the media’s made of it,” Ricciardo said of suggestions Herta could take his drive for 2023.

“Any of the IndyCar drivers that have done even like some F1 testing, as Colton’s done, their programme is fully IndyCar.

“It’s a chance for them to get behind the wheel of F1 or anything, but there’s no crossover.

“I think the media kind of sees that and like ‘oh, what’s going to happen? Is this potentially an F1 seat?’

“It’s only what they’ve made it out to be, but internally everything’s very clear about where we stand as a team and who’s driving what category.”

And that includes Ricciardo at the wheel of one of the operations two Formula 1 cars for 2023, with the Australian confident he is still capable of delivering good results.

“It’s certainly not done yet,” he asserted.

“I’m definitely confident that we can get some, I personally, can get some big results this year, and the years to come.

“Obviously I’ll wait for a big result to say that, but in terms of anyone who’s got an interest in me or supporting me, then I’m still very much here.”

Fox Sports and Kayo will carry all the action throughout the event, with the race beginning on Sunday at 23:00 AEST.