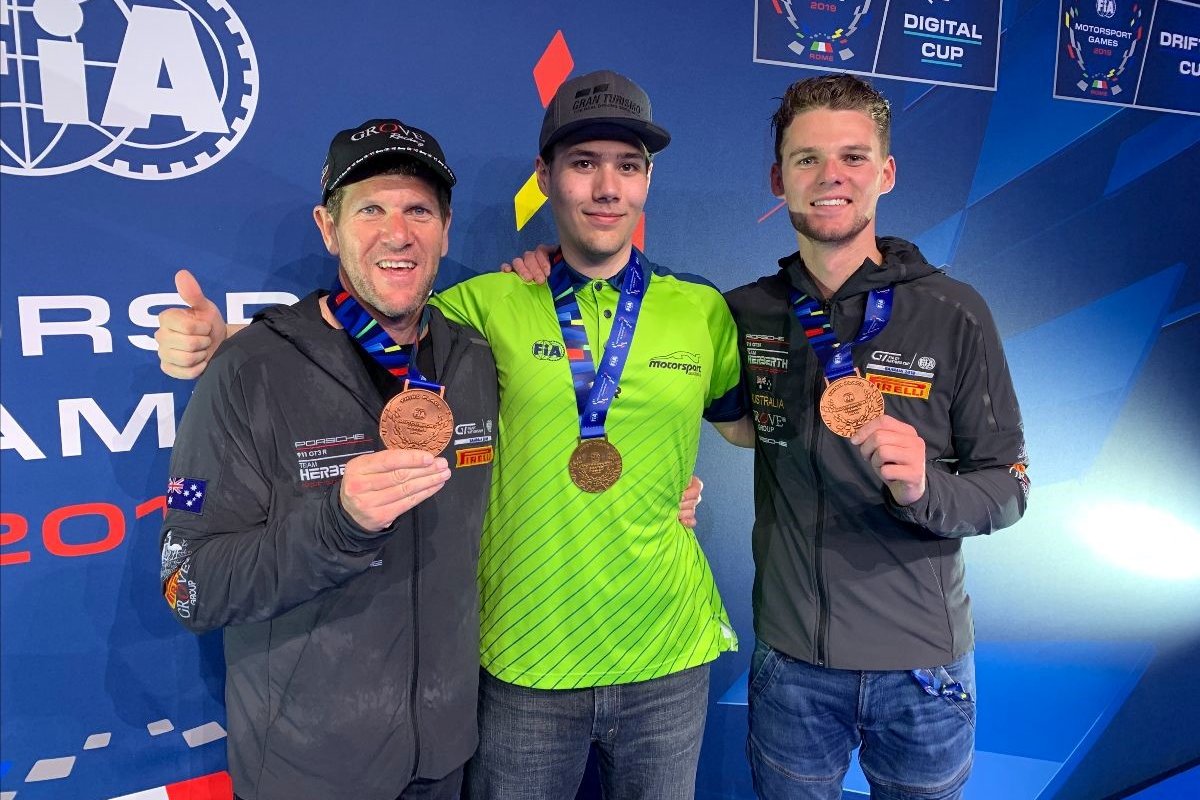 Father and son duo, Stephen and Brenton Grove, will represent Australia at the 2022 FIA Motorsport Games.

The pair, who head the Penrite Racing operation in the Repco Supercars Championship, are the first two members of the Australian squad to be named.

They’ll represent the country in the GT discipline after picking up a bronze medal at the 2019 edition of the Games, with Stephen Grove named team captain.

“I’m really excited to be returning to the FIA Motorsport Games in 2022 to represent Australia once again,” Stephen said.

“Personally, the added bonus will be the privilege of being team captain.

“I look forward to working with all of Australia’s competitors and hope we can bring home some great results for our country.”

Brenton added: “We were quite disappointed when the last two games were cancelled due to Covid, so I’m thrilled to be back in France.

“We know the car much better now and have some experience at the track so we’re hopeful of another podium finish for our country.”

“Stephen and Brenton are great ambassadors for our sport and following on from their success at the 2019 FIA Motorsport Games, we are proud to have them representing both the country and Motorsport Australia at this year’s games in France,” said Michael Smith, Motorsport Australia’s director of motorsport and commercial operations.

“Stephen is also the obvious choice for Team Captain, given his significant experience in all facets of motorsport, as well as the passion and drive he has to perform, no matter the category he might be competing in.

“We’re hopeful of announcing more competitors in the coming weeks and certainly encourage anyone else eager to take part to reach out to us to find out more.”

This year’s event, set to be held at Paul Ricard, is the second time the Games have been held in its current form.

Australia finished equal second at the inaugural event in 2019, claiming a gold medal in esports and bronze for the Grove’s in GT.

This year’s Games has been expanded, with categories including TCR, Formula 4, Rally 2, karting, and drifting, among a slew of others.

Australia’s representatives will be supported by Motorsport Australia in the lead up and during the event, which will be broadcast into locally, with details yet to be confirmed.

Stephen Grove is this weekend competing in the Porsche Mobile 1 Supercup at Paul Ricard ahead of next weekend’s 24 Hours of Spa, where he’ll be joined by Brenton, Super2 racer Matthew Payne, and Porsche regular Adrian D’Silva.