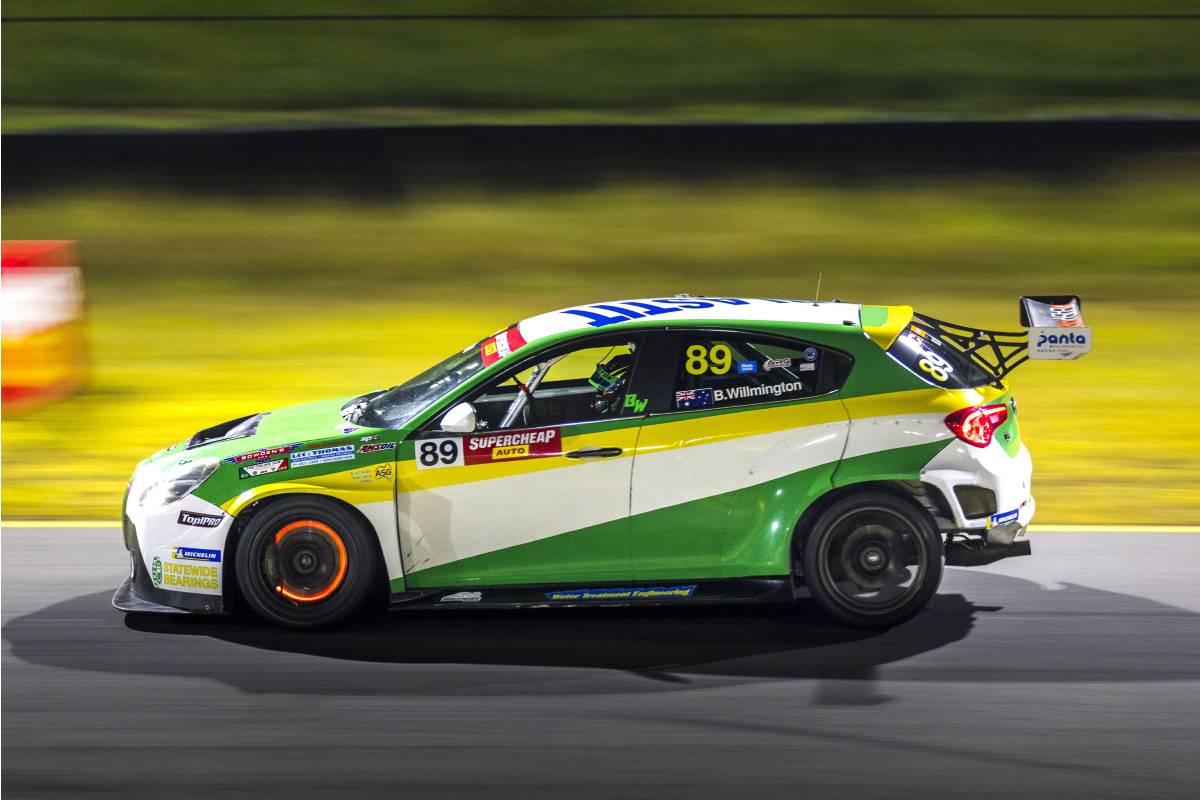 Braydan Willmington has withdrawn from the upcoming round of the Supercheap Auto TCR Australia Series at Queensland Raceway due to a budget shortfall.

The privateer Alfa Romeo racer has been struggling through the opening four rounds of the turbo-charged touring car series with little to no major sponsorship.

Willmington says that he has “made more than 300 phone calls” to rally support, but has not been able to garner enough backing to keep his family-run Alfa Romeo on the grid.

While his team battled with a turbo problem early in the Sydney weekend, Willmington showed impressive speed in Sunday’s races, passing cars on his way to the edge of the competitive top 10.

His good run on Sunday ended due to an incident, which Willmington says has only further contributed to his budget woes.

Regardless, the son of former privateer touring car legend Garry Willmington is planning to be back on the grid at the final two rounds at Sandown and Bathurst.

“It’s a shame, I really wanted to get to Queensland Raceway, but there was no feasible way I could do it,” he said.

“While I’ve had some great support from a few minor backers with product and other bits, the reality is that I have no sponsors and I’ve been funding it alone.

“It has been difficult.

“The whole season, I’ve been going round to round, struggling to get there, I’ve managed to make it work up to Sydney, but with a few things that happened in Sydney like the turbo issues and damage, we’ve had to make this call.

“I reckon I’ve made more than 300 phone calls to companies, but I just haven’t been able to find the right partners to join us.

“It has been a struggle, but I’m not giving up.

“I want to be at Sandown and Bathurst, whether we can get the money to do it or not, that’s another question.

“I really wanted to be at Queensland too, but it was just impossible.

“It’s gutting to not be there when I had my most competitive run at the last round in Sydney.

“I was passing cars, but got drilled.

“I reckon we would have been better again, and we have still done no testing, but the budget does not allow for anything at the moment.”

The next round of the Supercheap Auto TCR Australia Series will be held as part of the SpeedSeries at Queensland Raceway on August 5-7.

Racing will be broadcast on Saturday and Sunday via Stan Sport from 11am-5pm.