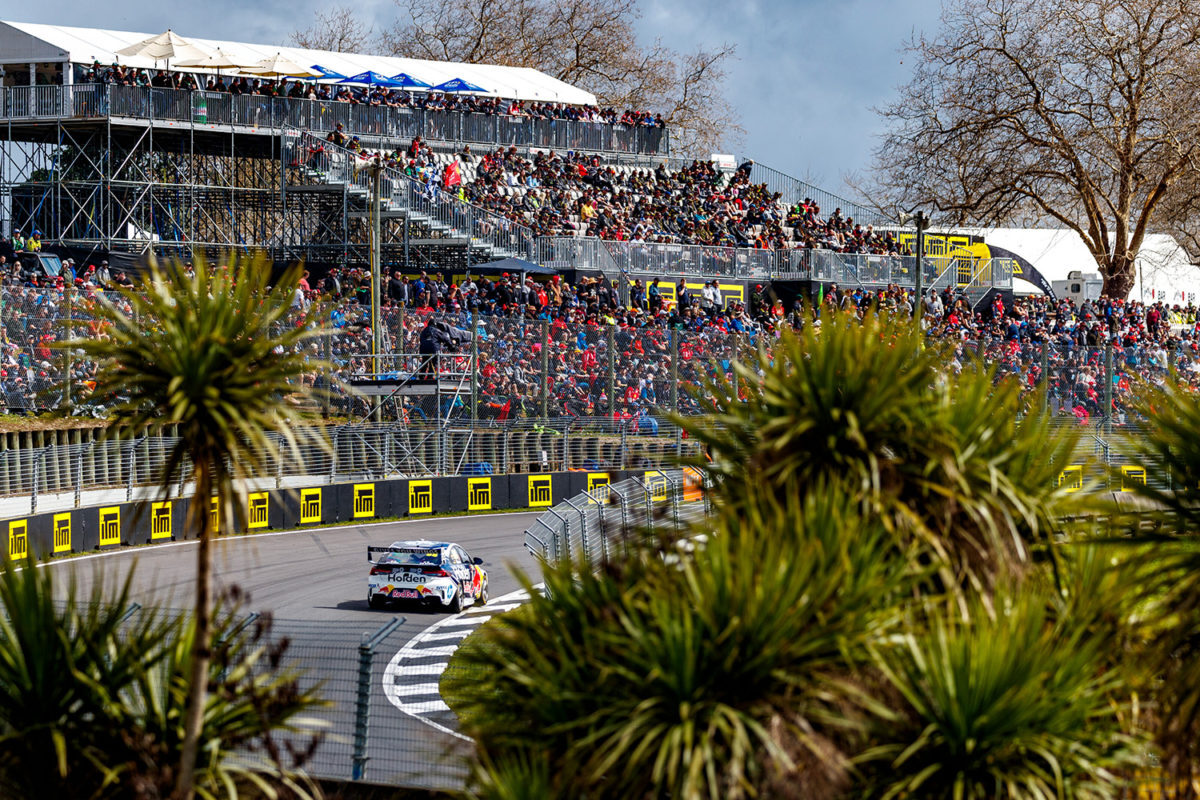 Pukekohe Park, the current home of Supercars’ New Zealand round, has announced it will cease motorsport activities in 2023.

No motorsport events will take place at the racecourse after April 2, 2023.

The venue is owned by Auckland Thoroughbred Racing (ATR) after a merger with Counties Racing Club in 2021, with the race track built around a horse racing precinct.

An announcement from ATR outlines that the end of motorsport activities next year will be to “focus” on ATR’s thoroughbred racing.

It means this year’s Supercars Championship round (September 9-11), the ITM Auckland SuperSprint, could be the last at Pukekohe Park Raceway.

In recent years there has been a large amount of development in Pukekohe and the surrounding areas.

ATR is planning to build a new thoroughbred training facility, with motorsport not fitting into those plans.

Motorsport being shut down at Pukekohe brings the end of an era, with this year’s event marking the circuit’s 20th Supercars Championship round.

The race track was originally opened in 1963, officially hosting Supercars’ first international event in 2001 (notwithstanding a non-championship round in 1996).

Aside from the Supercars round switching to Hamilton for five years (2008-2012) Pukekohe also had a two-year absence from the calendar in 2020 and 2021 due to the COVID-19 pandemic.

ATR chief executive officer Paul Wilcox said: “We can appreciate today’s announcement will be big news for many. Motorsport has undoubtedly had a strong association with Pukekohe Park, becoming synonymous with our racecourse since the first-time cars and bikes raced on it in 1962.

“However, our purpose is to facilitate thoroughbred racing at our Auckland venues with our vision being to provide a sustainable future for our sport in New Zealand.

“Part of that remit has seen us undertake a $40m+ project to deliver a world-class racing surface at Ellerslie and, during our recent merger process, we also made no secret of the fact that we hope to significantly increase average stakes money to help retain industry participants and attract growth both for our sport locally and for the long-term.

“To better support those activities and help ensure we become a financially viable, internationally recognised racing club that delivers to industry participants, we see a need to increase the training density in the region and have identified our site at Pukekohe Park as being an ideal location for that.

“As a result, we are developing plans to build additional stabling facilities at the racecourse to accommodate an increased horse population. Unfortunately, however, it is not conducive to have both motorsport activities and an increased numbers of horses stabled on site – hence our decision not to renew Pukekohe Motorsport’s lease with us from April 2023.”