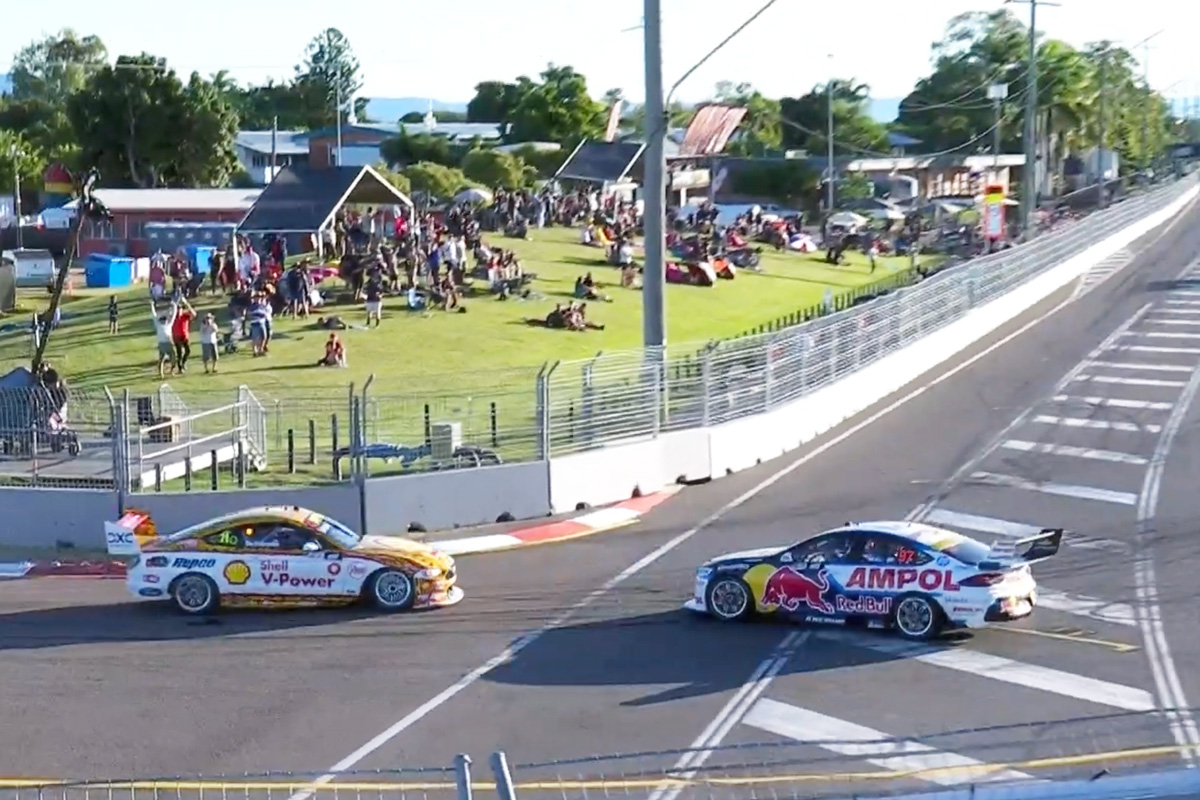 Shane van Gisbergen is now happy with how stewards dealt with his incident with Anton De Pasquale at the NTI Townsville 500.

The Red Bull Ampol Racing driver was turned around by De Pasquale in an attempt to take the lead at the final corner of the seventh event of the Repco Supercars Championship.

The Shell V-Power Racing Team driver then tried to redress by slowing on Boundary Street, only for van Gisbergen to also slow and follow the #11 Mustang across the finish line.

Car #11 was promptly slapped with a five-second time penalty which had the effect of simply reversing the positions back to how they were before the incident, given third-placed Cameron Waters crossed the line 6.6s behind De Pasquale.

The offending driver is, of course, van Gisbergen’s nearest rival in the title race and the two-time champion eventually confirmed that he was hoping for a bigger penalty at the time, which would have cost De Pasquale more points.

Now, however, in a ‘Quarterly Report’ video published online by Red Bull Ampol Racing, the New Zealander admits he has had something of a rethink.

While he maintains the move “definitely wasn’t on”, van Gisbergen is happy with the ultimate outcome, given he does not want officialdom to discourage good racing.

“I’ve obviously thought about it a lot after the weekend and I guess it’s good that he had a go, but he probably thinks as well that he could have done it more calculated,” said #97.

“I love the racing and I love that they didn’t penalise him more in the end; they just reversed the positions.

“So, that encourages it to happen more, but getting spun out wasn’t fun.”

The redress is an option which Driving Standards Advisor Craig Baird takes into account when providing his recommendation to the Deputy Race Director in the event of an incident, while stewards officially impose penalties.

It is not suitable for those in which the driver on the receiving end loses multiple positions, but is looked upon favourably in cases such as that aforementioned.

It should also be noted that while De Pasquale was pinged for Careless Driving, the same offence as that which van Gisbergen was deemed to have committed when he copped a 15-second penalty at Hidden Valley, that Darwin incident did indeed cost Will Davison multiple positions.

In his Speedcafe.com post-Townsville The Distiller column, De Pasquale wrote, “I think it sort of worked itself out as it was meant to.”