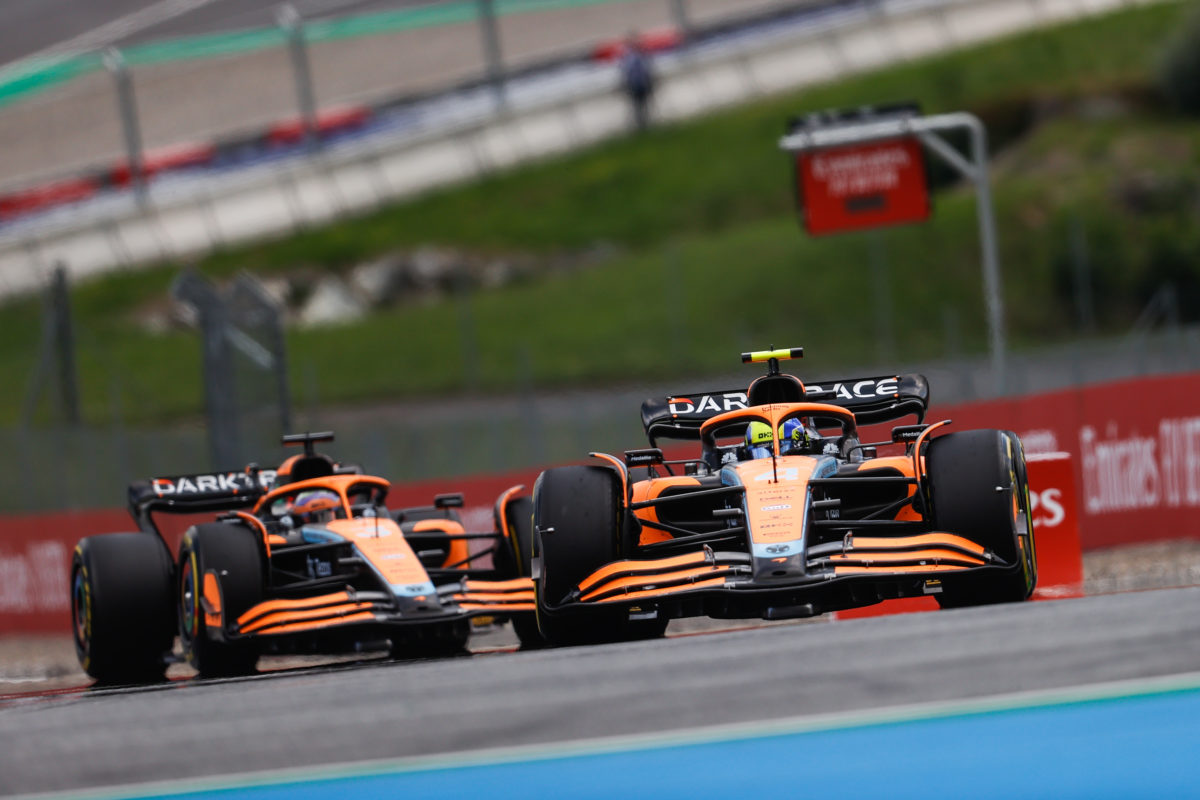 Daniel Ricciardo believes another positive result at this weekend’s Formula 1 French Grand Prix is important ahead of the summer break.

McLaren is locked on points with Alpine for fourth in the constructors’ championship at the midway point of the 22-event schedule.

Ricciardo has struggled to find consistency throughout 2022 and has just 17 points to his name while team-mate Lando Norris has 64.

The pair both enjoyed points-paying results last time out in Austria, with a repeat of the target in Le Castellet this weekend.

“It’s an open track with long straights and some interesting corners like Turn 11 which can be physically challenging.

“Small margins make a big difference and at this stage of the season, it’s important we remain consistent with positive results.

“I was pleased to be back in the points in Austria and we’ll continue to work hard to build momentum with more points in France before heading to Hungary in the double-header.”

The midfield battle among constructors has proved tight, with Alfa Romeo Sauber only 30 points back in sixth place, while Haas has been somewhat resurgent in recent races with two double points finishes for Kevin Magnussen and Mick Schumacher.

It makes competition for the top 10 places, or those left after Red Bull, Ferrari, and Mercedes most likely occupy the top six spots, extremely intense.

Alpine has shown itself to be arguably the fourth-best car, though reliability issues have tended to prevent it from maximising on that pace.

McLaren meanwhile has, largely through Norris, chalked up consistent points with eight points-paying results from 11 starts.

“With the summer break fast approaching, it’s important we continue to build on our results this season as the midfield gets tighter,” Norris noted.

“Finishing P7 and P9 in Austria was positive after a difficult start to the weekend and it’s great to remain in this battle for fourth in the constructor standings.

“Going back to a standard race weekend format in France should give us the opportunity to improve over the free practice sessions, something we didn’t have available to us at Austria’s sprint,” he added, noting the Sprint format in use two weeks ago.

“There is a lot of work to still do but we will continue to push hard on track and secure more points like we did as a team at Paul Ricard last year.”

Opening practice for the French Grand Prix begins on Friday at 22:00 AEST.