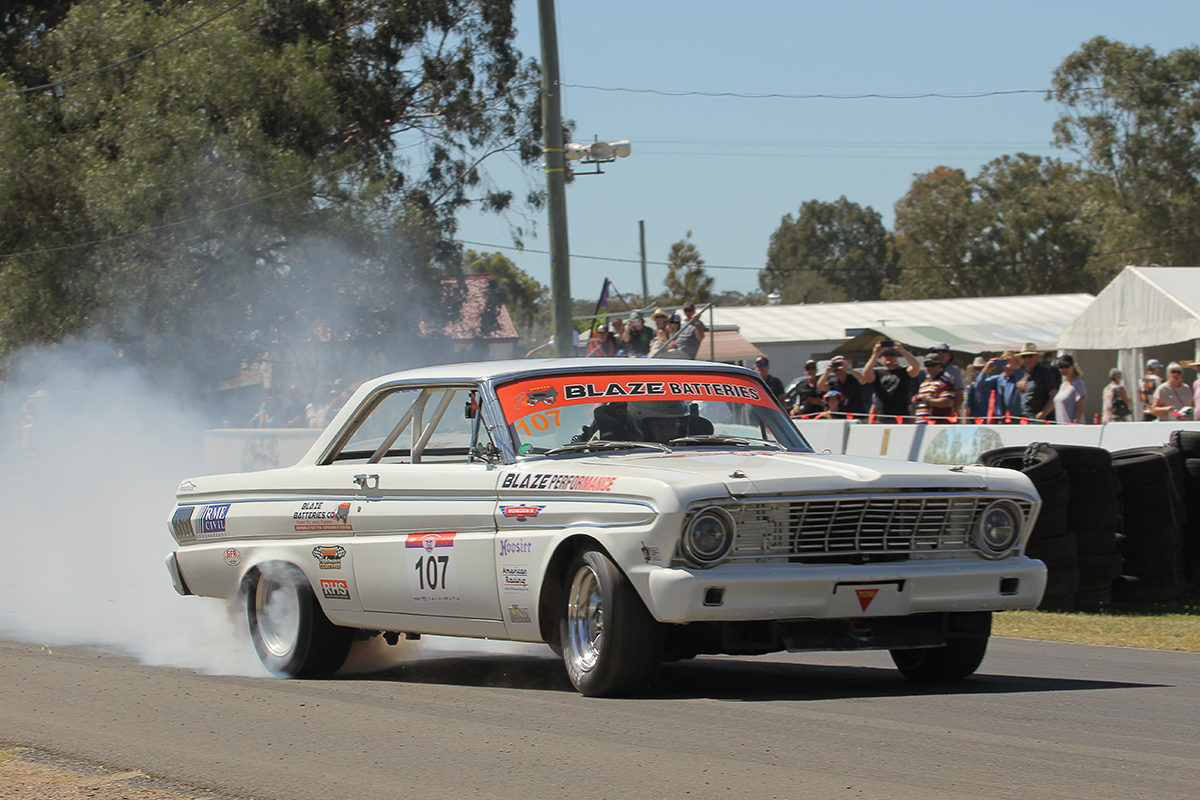 Pre-event tickets for the 26th Historic Leyburn Sprints can now be purchased online, following the launch of an all-new website.

The ability to buy tickets before the popular event is a first in the Sprints’ 25-year history.

Adult tickets are priced at $25 per day or $35 for both days can be paid for and printed in hard-copy at home or saved to a mobile phone, allowing visitors to avoid queues at the entry gate.

With just over five weeks to go until the Sprints, organisers have promised another bumper festival of motoring attractions on and off the track.

Up to 15,000 visitors are expected to pack Leyburn, a rural village 60 kms north-west of Warwick, to see more than 200 historic, classic and performance cars race against the clock around a temporary street course.

Six-time winner and record-holder Dean Amos is entered to return in his Gould-Judd racer after missing the 2021 event.

He will be challenged by a group of rapid outright contenders led by 2021 winner and four-time champion Warwick Hutchinson.

The community-run Sprints keeps alive Leyburn’s heritage as host of the 1949 Australian Grand Prix, when 30,000 people watched John Crouch win over 35 laps in a French-built Delahaye.

Seventy-three years later, the highlight will be the spectacular round-the-houses competition featuring cars from 10 decades of motoring, but other attractions also will be on offer to ensure a fun-filled weekend for everyone from enthusiasts to families enjoying an inexpensive day out.

More than 100 sparkling road vehicles of all types will compete in the Shannons Show ‘n’ Shine competition, while around 30 vintage caravans will bring colourful memories of long-past holidays.

Market stalls, trade and merchandise stands, live music and plentiful country hospitality at community-run food and drink outlets will add to the fun.

“The new website carries over all key features from the past, including live results and photo archives, and will add new features as we continue to bed down and refine its content,” Mrs Chant said.

“Souvenir hunters, especially those unable to attend the Sprints, will find a great new range of 2022 merchandise and some unusual items such as a DVD of the 1949 Leyburn Australian Grand Prix and a reprint of the original program.”

Proceeds from the Historic Leyburn Sprints are used to benefit community organisations and projects.

More than $1 million has been contributed since the event’s founding in 1996, while each year visitors and event expenditure inject an estimated $1.5 million into the Southern Darling Downs economy.