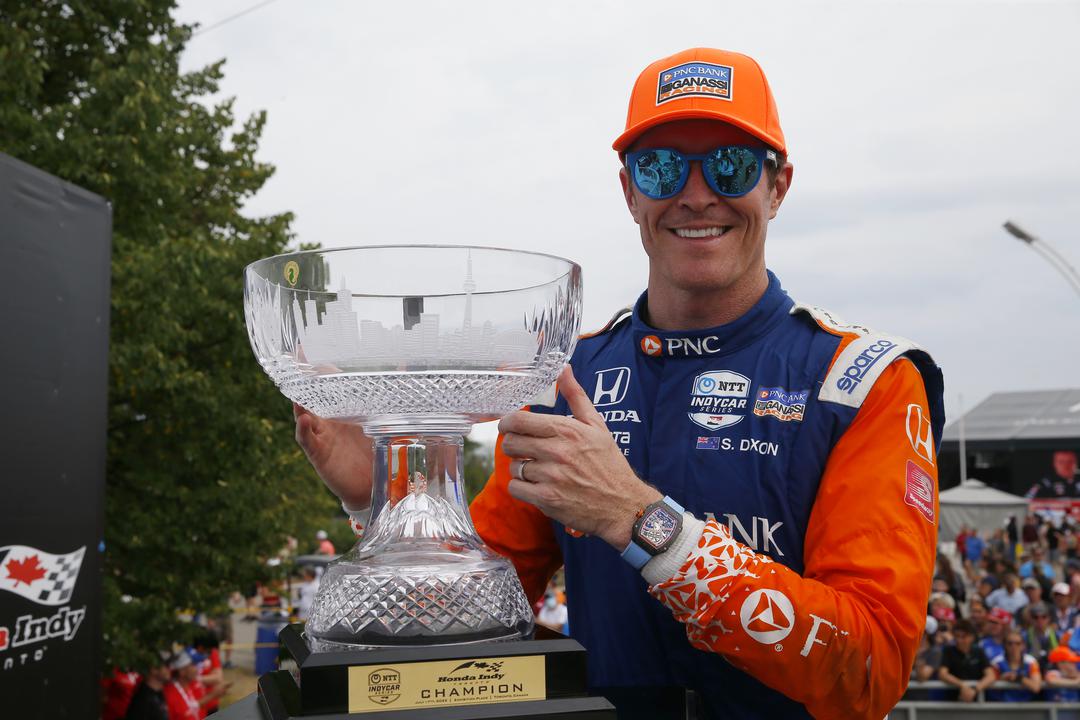 Scott Dixon says the praise he received from Mario Andretti after taking a 52nd IndyCar win of his career in Toronto “means everything”.

Dixon overtook pole-sitter Colton Herta immediately after the latter’s first pit stop, and would not be headed, at least on effective terms, thereafter.

In taking the chequered flag, the New Zealander drew level with Andretti in second all-time for top-level North American open-wheeler race wins, behind only AJ Foyt’s tally of 67.

Moments later, a tweet from the account of Andretti, who was not in attendance at Exhibition Place, expressed his “utmost respect” for Dixon.

When that was read out to the Chip Ganassi Racing driver post-race, he responded, “It means a lot.

“I love Mario, I love Mario for so many reasons; what he’s done in the sport, achieved, what he gives back to the sport…

“I feel extremely lucky to have the likes of himself and AJ here most weekends. Even to sit and chat with these guys… the generations that they raced in or the time they raced is a lot different from now.

“It means a lot to me, to even be mentioned in the same conversation as these greats. I never thought it was possible.

“For me, it’s a huge credit to obviously the team that I work with now, but also the team that I started with, whether it was Mum and Dad to my brothers and sisters, all of my family, to the Scott Dixon Motorsport Group, which were the founders of getting a group together to put forward money and enable to get me to where I am today.

“As he stated, it’s a team effort, but those words from Mario mean everything to me.”

Of those 52 wins, 51 have come with Ganassi, and the first taken just three races into Dixon’s rookie CART season at PacWest Racing.

That was in May 2001, just over 21 years before he turns 42 later this month, and hence the celebrations were somewhat questionable considering the United States’ legal drinking age.

“I remember the day winning my first race; the next day was a real struggle, probably had a few too many drinks that night,” he recalled.

“I don’t think I was even 21 at that point. That was a bit of a shock for the bar I was in that night,” smiled Dixon.

“But I remember even having the conversation with Michael Andretti about getting to his number; ‘Man, you’re crazy, it’s not going to happen.’

“The first win, there’s some numbers that are achievable.

“But I think when you look at even getting to the Unsers, then Mario, this sport can be super tricky. You can be in it one minute and out the next.

“I think having the consistency and the understanding with the team, having that common ground of trying to win, it becomes the life of it being more achievable that comes.

“Honestly, at the age of 20, man, trust me, I had other things on my mind at that point. I was just trying to keep my job.”

Dixon is now fourth in the series, 44 points off top spot, which is held by team-mate Marcus Ericsson.

More than 100 points are on offer this weekend at Iowa, which hosts the only double-header of the season.