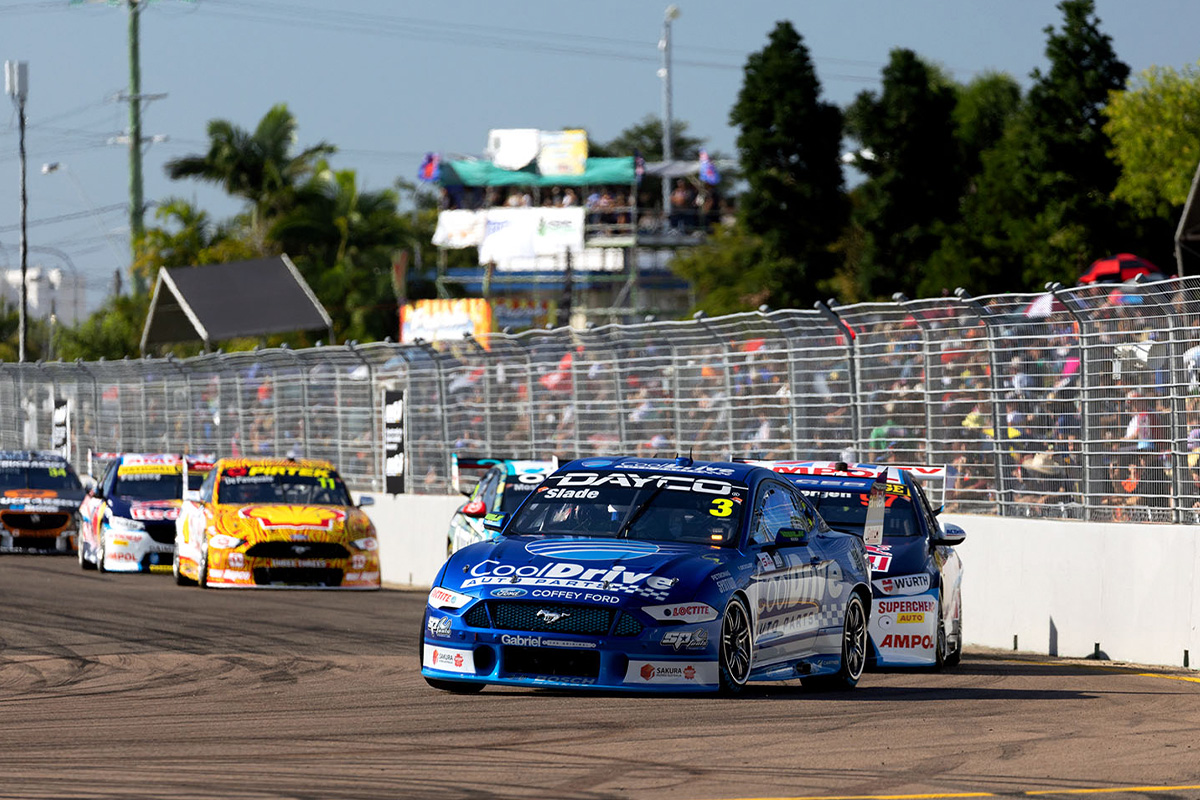 Plans for Blanchard Racing Team to expand to a two-car squad for next year’s Supercars Championship are on the back-burner amid uncertainty over Gen3.

BRT went out on its own as an independent single-car Ford Mustang team for the start of the 2021 season, with driver Tim Slade as its figurehead.

That structure rolled over into this season, with Slade clocking up more consistent results for the squad, sitting 10th in the drivers’ championship after seven rounds.

Team boss Tim Blanchard has long held an ambition to expand to a two-car operation under the CoolDrive Racing banner.

The former Supercars full-time driver had aligned those plans around the introduction of Gen3 in 2023, expressing as much in February this year.

However, it appears the timeline of Supercars’ new Gen3 era may have curtailed those aspirations, for next season, at least.

“If we had our first Gen3 car finished now then I’d be happy to run two cars next year,” Blanchard told Speedcafe.com.

“But we haven’t even started building the first one yet, so it’s just not realistic to have two cars on the grid at this point really, unless something changes.

“Whether you do it Year 1 or Year 2 of Gen3 it doesn’t really matter; just making sure we do it in a way that’s not going to impact the performance of what we’ve already been doing.”

Blanchard has been clear that any expansion would have to wait for the right moment, saying the team needs to walk before it can run.

In any case, BRT would need to get its hands on an additional Teams Racing Charter (TRC), with only one sitting on Supercars’ shelf (formerly known as Racing Entitlements Contracts).

It’s up to Supercars’ new owner Racing Australia Consolidated Enterprises Ltd (RACE), as to if that TRC even gets put on the market.

Blanchard has been impressed with how ‘supportive’ the category’s new owner has been, describing it as a breath of fresh air.

Obtaining the 26th TRC needed to compete as a two-car CoolDrive Auto Parts squad is not the most significant hurdle in the way, according to Blanchard.

“There are a number of issues, I guess the timeline required to build Gen3, having the right staffing levels, and quality of staff,” he commented.

“They’re probably the main ones; there’s a number of issues but we’re not going to move to two cars until we can do it without impacting what we already do.

“You see a lot of the time people expand too quickly and the team takes a step backwards because of it, so we don’t want to be one of those.”

Blanchard explained that with the expansion plans unlikely for 2023, the goal post has now shifted to the year after.

“It’s still definitely on our radar,” he enthused.

“It’s definitely something we’re planning on moving to as we move forward, but I guess in terms of it happening next year it’s a little bit slim.

“With Gen3 coming in and the workload that’s required in implementing that, we’re not in a position to make that happen for next year.

“It’s definitely high on our radar when the stars align.”