SVG ruled out of Trans Am drive by Triple Eight

SVG ruled out of Trans Am drive by Triple Eight 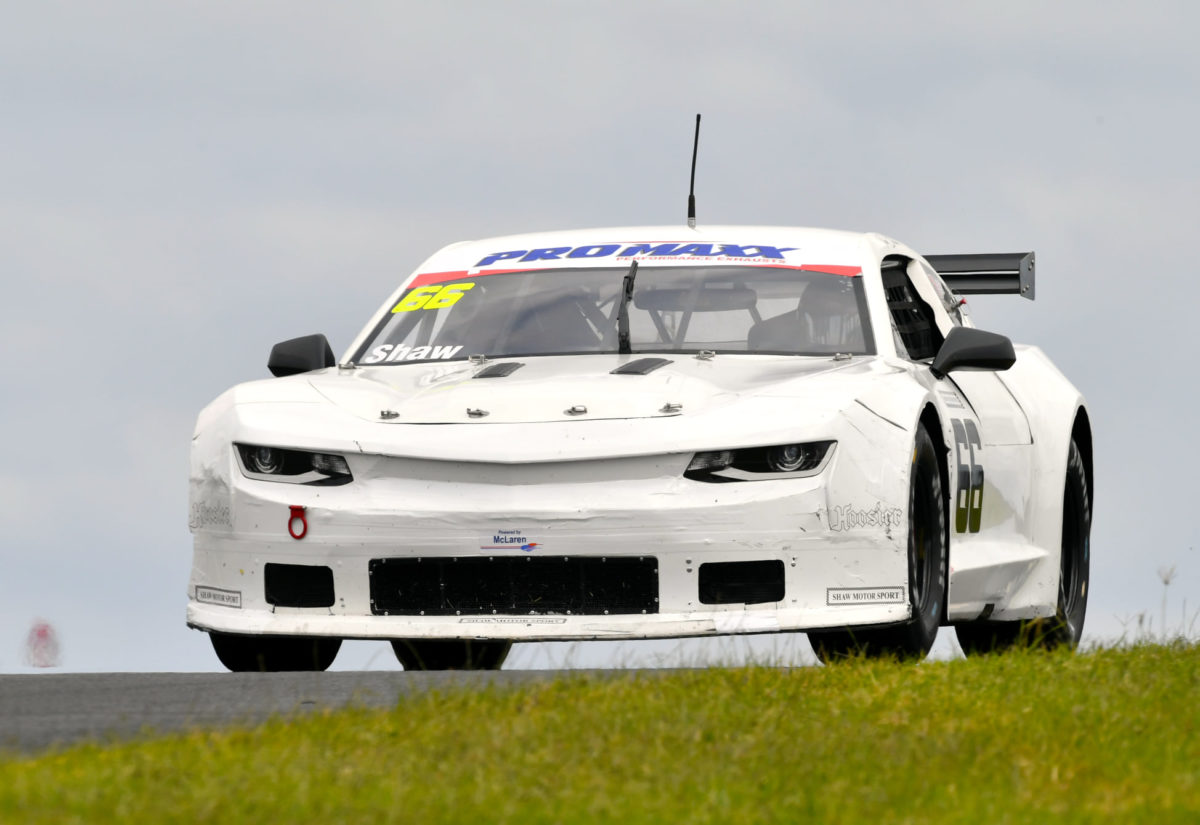 Shane van Gisbergen will not race in the Turtle Wax Trans Am Series next month at Queensland Raceway due to a decision of Triple Eight Race Engineering.

Following what car owner Tim Shaw described as “political pressures”, the two-time Supercars champion will no longer drive the Paul Morris-prepared, Chevrolet Camaro-bodied TA2 vehicle, having once been slated to do so for multiple rounds this season.

Instead, Shaw himself will take the wheel for Round 5 of the season at Ipswich, which takes place on August 5-7 as part of the Shannons Motorsport Australia Championships.

“It’s disappointing for us,” said Shaw.

“We put a lot of effort into getting Shane in the car. We had a successful test with him, it was a great day, and we were looking forward to a very competitive outing at Queensland Raceway.

“Shane contracted COVID just before the Bathurst round, so that put paid to that, and now political pressures have put a complete end to it.

“It’s just very disappointing for motorsport, because the fans love to see Shane in the car.

“One of the reasons that he is the best is because he is the modern day Peter Brock – he drives everything.

“At the moment, my car is still entered for QR, so I’ll jump back in and I’ll drive instead of Shane.”

Triple Eight has confirmed to Speedcafe.com that the decision was theirs.

“The decision was made by Triple Eight for Shane to not compete in the Trans Am Series – there was no external pressure on this decision,” the team advised.

No further explanation was given, although Triple Eight is the homologation team for General Motors and its Chevrolet Camaro Supercar.

Additionally, while van Gisbergen has shown an eagerness to compete in an almost endless array of motorsport categories in recent years, it is not the first time his employer has reined him in.

The New Zealander has been planning for a summer of speedway at home during the 2020/21 Supercars Championship off-season, only for that to be blocked by Triple Eight.

As Shaw noted, he was, however, set to drive at Mount Panorama in April, when he would have gone for back-to-back victories in the Hi-Tec Oils Bathurst 6 Hour itself in Shane Smollen’s BMW M4 production car, but missed out due to a COVID-19 infection.

Still, the New Zealander has not been lacking for miles in 2022.

He will contest this weekend’s Rally Hawke’s Bay, a round of the New Zealand Rally Championship, after winning the Far North Rally in his homeland earlier this month and finishing second in the RSEA Safety Motorsport Australia Rally Championship’s Netier National Capital Rally in April.

Those outings are preparation for his World Rally Championship debut in the same Skoda Fabia R5 when Rally New Zealand returns to the calendar this September.

He has also competed in the Liqui Moly Bathurst 12 Hour and Fanatec GT World Challenge Australia Powered by AWS in a Triple Eight Mercedes-AMG GT3, plus made his debut in the 24 Hours of Le Mans driving a Ferrari 488 GTE Evo, so far in 2022.

In his full-time programme steering a Red Bull Ampol Racing ZB Commodore, the 33-year-old will be looking to extend his Repco Supercars Championship lead when the OTR SuperSprint unfolds at The Bend on July 29-31.