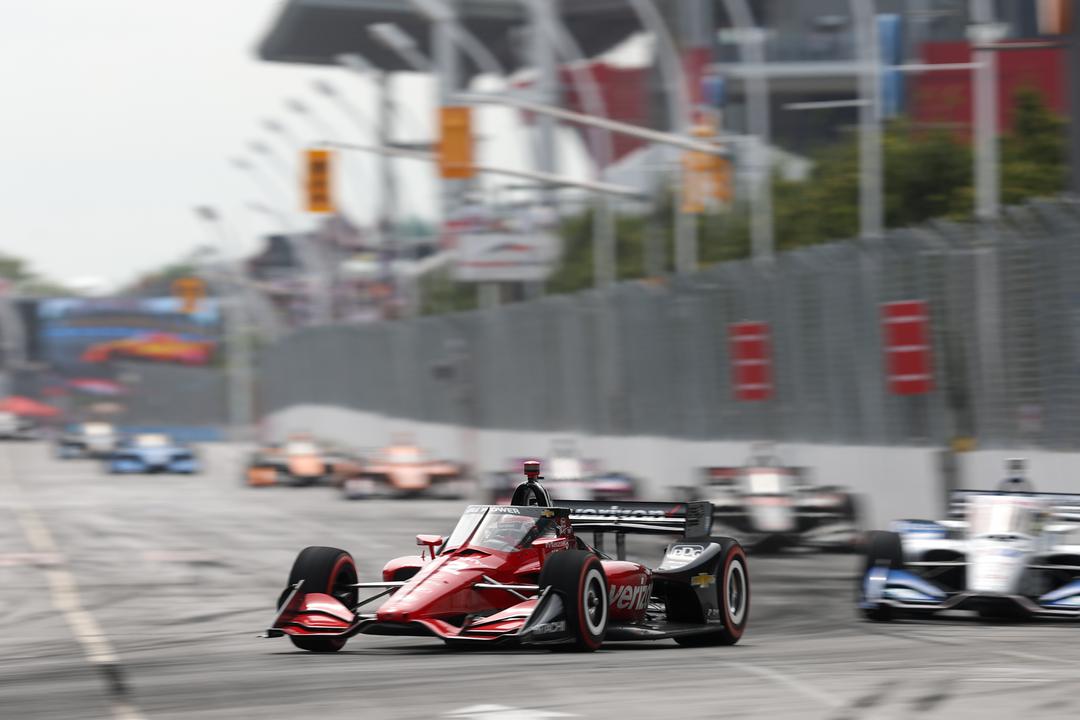 Will Power has described his Toronto IndyCar race as a “Pretty bad day” after he finished 15th.

Power was already on the back foot when he qualified 16th and while he made four positions on Lap 1, he ceded two of those by the time he pitted for the first time on Lap 12.

The Queenslander soon found himself stuck behind Devlin DeFrancesco on the Canadian’s out lap, and emerged 17th once the first pit cycle was eventually done.

It hardly got any better from there for Power, who would go on to record just his third finish outside the top four this season.

“I pitted early when the left-front tyre was destroyed, then just getting caught behind people and it’s difficult to pass so couldn’t do anything but maintain 15th. Pretty bad day.”

Power had started so far back when he got trapped by a red flag in Qualifying, although he took some of the blame on behalf of himself and his crew.

“That’s after a bad qualifying,” added the 2014 champion.

“Every single bad thing that can happen in qualifying this year has happened, whether it’s traffic, a red [flag], or a penalty, and a couple of times even lack of pace.

“Good lessons for the next few races.”

Scott McLaughlin was Penske’s best finisher in ninth, one position ahead of team-mate Josef Newgarden.

Both had their own tales of woe to tell, the latter’s centred around a slow second pit stop which dumped him from third position to an effective 11th with just under 40 laps to go.

“We had a good car and a good start to the race for the most part and then just didn’t have a good second stop.

“It was pretty jammed up and lost a lot of time in the pit stop.

“Went sort of in the middle of the field and just kind of stuck at that point.

“Team fought hard but just not a good day.”

Power remains second in the series, now 35 points behind Marcus Ericsson, while Newgarden is in a tie for fourth at another nine points back.

Next up is a double-header in Mid-Ohio, for which the action starts this Friday (local time), with live and ad-free coverage on Stan Sport.