Power: McLaughlin showing Supercars drivers can make it in IndyCar

Power: McLaughlin showing Supercars drivers can make it in IndyCar 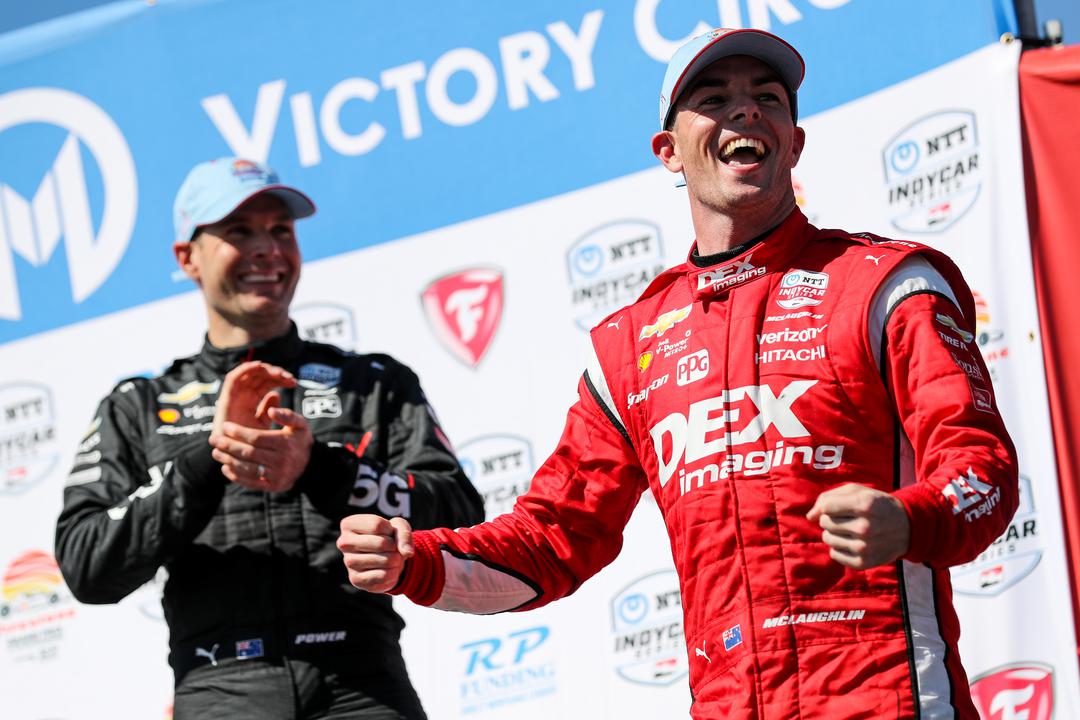 Will Power believes that team-mate Scott McLaughlin is proof that other Supercars drivers could successfully make a career switch to IndyCar.

McLaughlin broke through for his first IndyCar race win at the start of this, his second full season at St Petersburg, and doubled his tally a fortnight ago at Mid-Ohio.

While his was not a conventional path to the top level of North American open-wheeler racing, notwithstanding Team Penske’s six-year partnership with Dick Johnson Racing, the three-time Supercars champion is now thriving in his new category.

He is not the only Antipodean doing well overseas in an open cockpit car, with Oscar Piastri now an Alpine Formula 1 reserve driver and Daniel Ricciardo a veteran of the world drivers’ championship now, to name two examples, but Australian motorsport is still very much touring car-focused.

Power, who has spent the vast majority of his career overseas, admits “I don’t know what’s going on down in Australia so much these days” but believes Supercars’ dominance of the domestic landscape is not a barrier to a greater IndyCar presence, thanks to Penske’s Christchurch-born steerer.

“I think having Scott come over and do really well from Supercars, I think kids would see that and go, ‘Maybe I want to go that route,’” said the Queenslander.

“If you do some Supercar driving, doesn’t mean you can’t come and race open-wheels; you’ve seen how well Scott adapted pretty quickly.

“Yeah, I would love to see more Australians over here.”

McLaughlin is not the only New Zealander who cut his teeth on the other side of the Tasman and is now performing in the United States, with 2018 Australian Formula Ford title winner Hunter McElrea recently becoming a race winner in Indy Lights.

On McElrea, Power remarked, “I was really happy to see Hunter McElrea doing so good.

“I think he’s a super-fast driver; definitely [has] the potential to get to IndyCar and do well.”

According to Power, Drive to Survive is also a boon for IndyCar, notwithstanding that it is a Formula 1 programme.

“I’m sure Drive to Survive is helping just open-wheel motorsports in general,” opined the 2018 Indianapolis 500 winner.

“When they see an IndyCar, they can identify, ‘Oh, yeah, that’s just like a Formula 1 car.’”

McLaughlin has qualified sixth for this morning’s Toronto race, while Power got stuck in 16th due to a crash for Kyle Kirkwood.