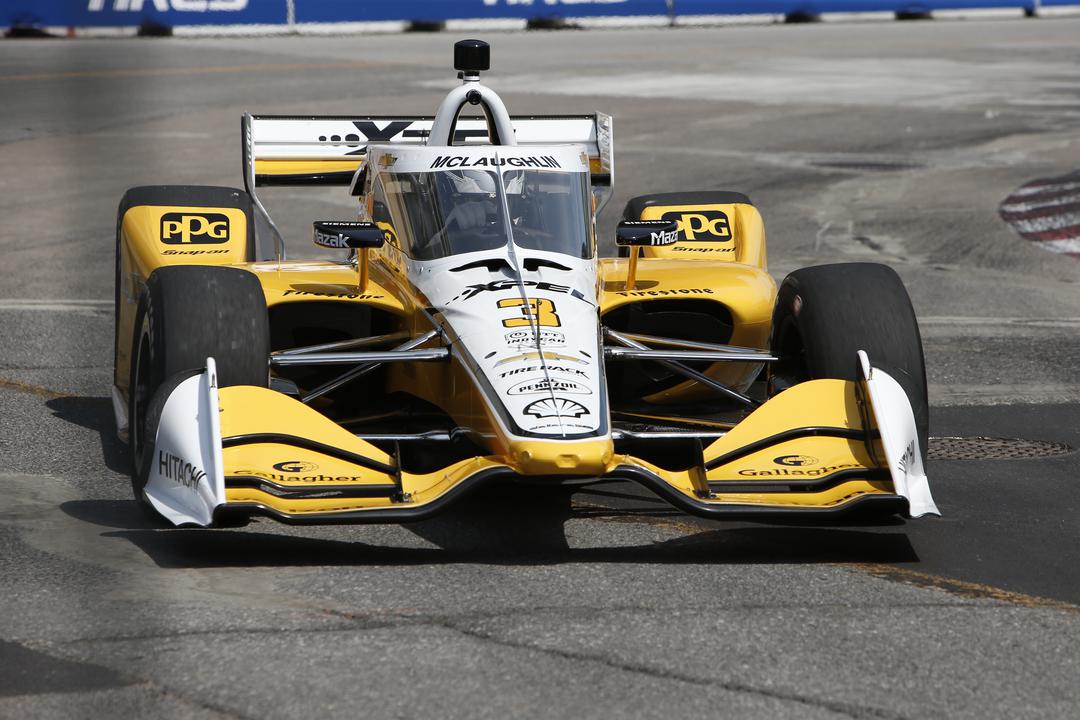 Scott McLaughlin admits he was “caught … off-guard” when he sank to ninth at the fourth and final restart at the Indy Toronto.

McLaughlin had hovered around the cusp of the top five all afternoon and was fourth on merit when the IndyCar field took the green flag again on Lap 67 at Exhibition Place.

However, a dive from Graham Rahal held the Team Penske driver wide through Turns 1 and 2, where he hit the marbles and got a poor run down Lake Shore Boulevarde.

He dropped all the way back to ninth by the time he negotiated Turn 3, and that was where he remained for the final almost 19 laps.

“The restart caught me off-guard a little bit,” said McLaughlin, who qualified sixth on his first visit to Toronto.

“I checked up and just making certain mistakes, but we had pace which is the main thing.

“Just have to put a race together, at least when I’m deep in the pack like that.

“We should have had a fourth. Unfortunately, I didn’t put it together.”

As it happened, the New Zealander was Penske’s highest-finishing driver.

Josef Newgarden got home in 10th after a slow second pit stop dropped the #2 Chevrolet from third position to an effective 11th with just under 40 laps to go.

Will Power recorded a result of just 15th after losing all of his early progress from 16th on the grid and then some, running as low as 17th in effective terms.

In the series standings, however, the Penske trio are in the opposite order, with Power second at 35 points behind Chip Ganassi Racing’s Marcus Ericsson, Newgarden fifth (tied for fourth) at nine points further back, and McLaughlin seventh at 77 points off the pace.

More than 100 points are available this coming weekend, given Iowa will play host to a double-header.

Practice, Qualifying, and both races will be live and ad-free on Stan Sport.