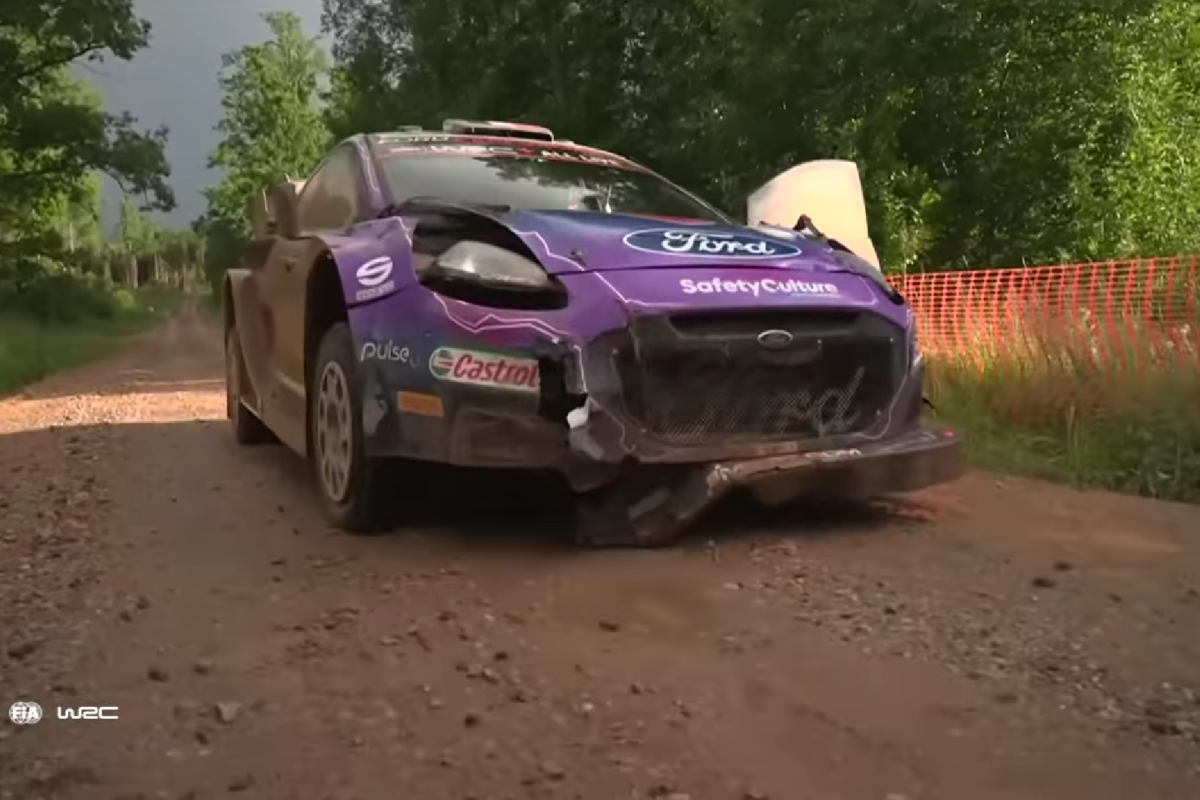 Pierre-Louis Loubet may have rolled his Ford Puma Rally1 Hybrid on Stage 9 of Rally Estonia but, thanks to some help from spectators, that was not going to stop him.

The Frenchman slid into an embankment after a jump on the second run through the Vastsemõisa test at the end of Friday’s afternoon loop at Round 7 of the World Rally Championship.

He and co-driver Vincent Landais were helped back onto their wheels by rally fans, and the #7 M-Sport Ford entry is now eighth overall at the completion of the penultimate day of action.

New Zealander Hayden Paddon, who had been competing in the WRC2 class, withdrew at the Friday service due to a positive COVID-19 test.

The final day of Rally Estonia starts this afternoon (AEST), with live and ad-free coverage of Stage 21 on Stan Sport from 16:00 AEST.