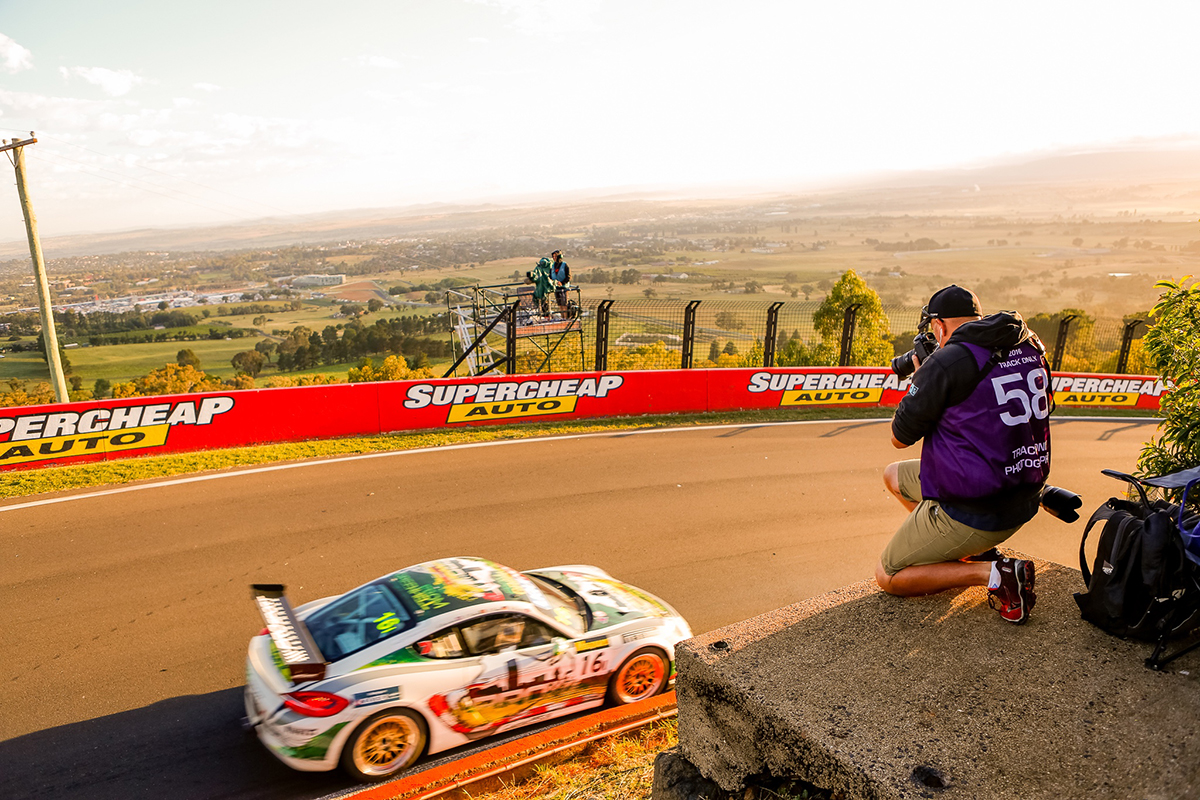 Rhys Vandersyde has been one of Australia’s leading motorsport photographers for many years now, and has been there to capture historic moments in motor racing.

Founded in 2013 by Vandersyde, InSyde Media specialises in photography, videography and media services within the motorsport industry.

Vandersyde’s passion for photography all began with using disposable cameras as a young child, and continued on.

“I went overseas and got quite disappointed with some of the photos I took, so I went out and bought myself an expensive DSLR camera,” Vandersyde said.

“Once I had that, I just took it wherever I was going.

“When you go and do that and you’ve got a passion for motor racing as well, eventually the two are going to collide.”

Vandersyde keeps the purpose of his company very “loose” as he presents himself with a large range of media skills and lets motorsport drive the direction of his business.

He has worked with leading publications such as Auto Action, Carsguide, Motor Magazine, as well as with world-renowned motorsport brands including Ferrari, Porsche, Mercedes, and more.

Vandersyde considers his start in the industry as “lucky” as he attended a Motor Magazine event at Sydney Motorsport Park, posting his photos on social media and getting his start from there.

“I don’t take for granted how fortunate I am to be able to do this stuff, just going to race tracks and photographing things,” Vandersyde said.

“I feel so lucky to be able to work with core manufacturers and amazing drivers.

“It gives you a bit of a perspective, being able to do this sort of stuff, and not doing a ‘real job’.”

Some of his biggest career highlights include working with top tier manufacturers, shooting international events, such as going to New Zealand with the Repco Supercars series.

“Working with big manufacturers and series like that, and having those companies come to me, create very surreal moments for me,” Vandersyde said.

“There’s no one stand-out highlight, but there’s lots of little things where you go ‘woah that’s pretty special’.”

Vandersyde is looking to work at more international events, particularly with COVID-19 restrictions easing up.

He still greatly enjoys working with Supercars and Supercheap Auto TCR Australia, but he is looking to expand his horizons and have new experiences.