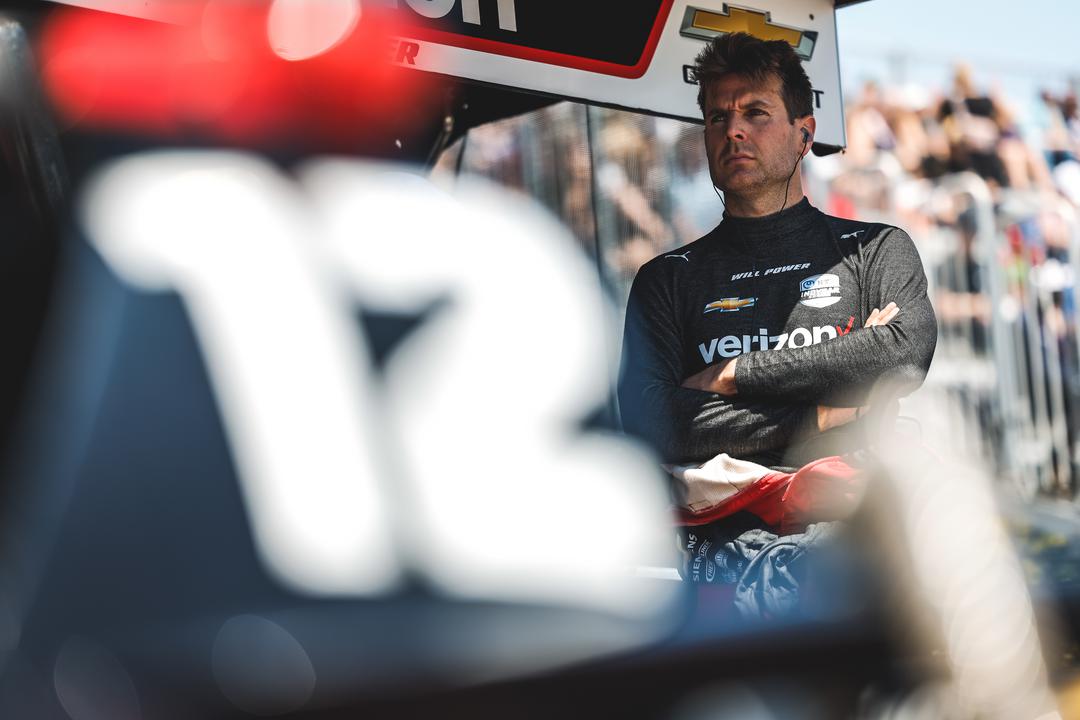 Will Power has admitted partial blame on behalf of himself and Team Penske after a Kyle Kirkwood crash consigned him to Row 8 on the starting grid at Indy Toronto.

The Queenslander failed to advance from Round 1 of IndyCar Qualifying at Exhibition Place after setting a lap time which left him only eighth-fastest in Group 2 at a full two tenths of a second outside the top six.

It was that group which produced two red flags, raising the stakes given how much those stoppages ate into the 10 minutes which were allocated for the stanza.

Power had only just set a 1:00.7974s to go to eighth position when Devlin DeFrancesco ran into the tyre barrier at Turn 3 and Alex Palou stopped on the back straight with a suspected engine failure.

Ordinarily, eighth position at the end of the first runs would not be cause for much concern given most roll out on primary compound tyres, but several factors were stacking up against those who were not in the top six when officials called the red flag, for which Palou was pinged.

Practice saw some needing multiple laps to bring their alternate compound tyres up to temperature, yet the stoppage left drivers with the chance for only an out lap and one hot lap once they were released again.

Some did not even get that much in when Kirkwood spun into the barriers at Turn 8, just in front of the alternate start-finish line which is used for Qualifying, as a result of damaged sustained when he glanced the wall two corners earlier.

Power was among those who were following the #14 AJ Foyt Racing entry and hence would not in fact get the opportunity to lift himself above the cut.

Despite screaming into his helmet in a departure from the ‘new’ Power which IndyCar has come to know this year, the 41-year-old claimed some responsibility for the fate which had befallen him.

“I guess I should know [that] you must update in the top six every time because this can happen,” he admitted in his post-session interview on the Peacock stream which is carried on Stan Sport.

“So, yep, yep, yep, just had to be more on… It’s crazy, but I had a really fast car again and it’s crazy, that’s three races in a row we’ve been like P2 in practice before Qualifying, and then like 19th… between 15th and 19th or 20th.

“[It is] frustrating, man; frustrating. Definitely had the car, even was on a lap, got to Turn 6 and was up four tenths, so would have got us through.

“But, that’s also a result of bad qualifying; you’re at the back so you’re behind everyone, so if someone creates a red, you’re not across the line. So, it just keeps adding up.

“We’ll see. Obviously, we’ve had some great races from the back and we’ve just got to do it again, unfortunately.”

A mega lap gone bad.@KKirkwoodRacing ends the session spinning which keeps @12WillPower out of the next round.#INDYCAR // @hondaindy // #IndyTO pic.twitter.com/ceLRJvOAZv

In addition to not banking a top six lap time on his black tyre run, Power’s comment references the consequences of the #12 crew’s unforced error last time out at Mid-Ohio.

There, he also failed to advance from Round 1 of Qualifying, getting classified 21st overall due to an impeding penalty after not being warned that Helio Castroneves was coming around the track.

However, that has a knock-on effect because qualifying position determines pit box selection priority at the following event, and the #12 Chevrolet is in Box 21 at Exhibition Place.

The #14 Chevrolet of Kirkwood, on the other hand, is in Box 7 after he qualified ninth a fortnight ago at Mid-Ohio, and hence he would normally roll out ahead of Power on track.

The latest drama means that the 2014 champion has not qualified any higher than 15th for the four most recent events, Toronto included.

However, he is still second in the series after converting 16th into a win at Detroit and that 21st into a third place at Mid-Ohio, while the 19th at Road America ultimately had more to do with being punted by DeFrancesco than his starting position.

Power has therefore not given up on another solid result in Canada.

“It’s definitely a track known for a lot of mayhem, so who knows?” he mused.

“I mean, I’ll try and keep out of trouble and, once again, try and get in the top 10, not try to lose too much points-wise, and see how we go.

“It’s so frustrating, man; I can’t tell you how frustrating it is, especially when guys at the front, guys you’re racing in the championship, are up there every week.

“This is making our job so tough, so tough, especially with a fast car, so I’ve got to be on it.

Stan Sport’s live and ad-free coverage of the 85-lap race commences on Monday morning at 05:00 AEST.