Podium the dream for Lowndes/Fraser wildcard

Podium the dream for Lowndes/Fraser wildcard 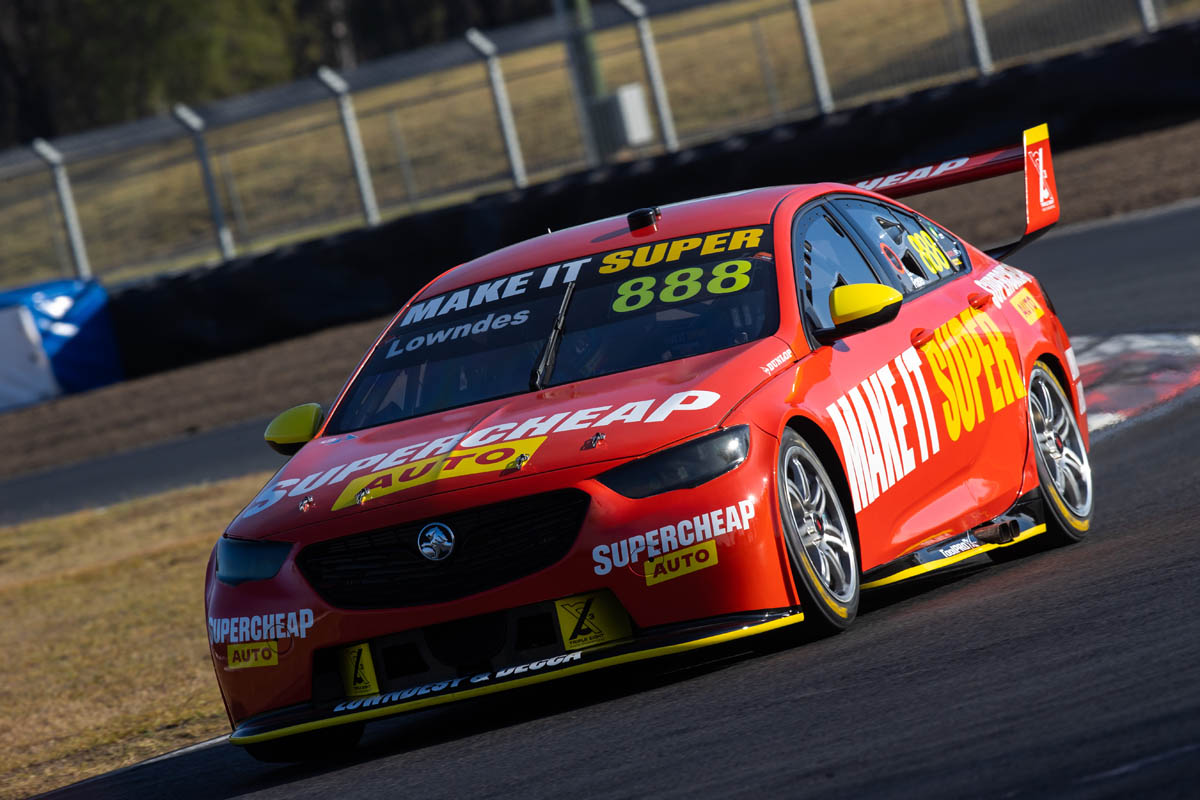 Supercheap Auto managing director Benjamin Ward has declared his company’s wildcard entry will be a “serious contender” at this year’s Bathurst 1000.

Flowing on from momentum gained last year when the popular parts retailer fielded a Triple Eight Race Engineering-run entry for Broc Feeney and Russell Ingall, it has renewed the concept albeit now with different drivers.

Seven-time Bathurst 1000 winner Craig Lowndes is the face of the programme, taking young gun Declan Fraser under his wing.

Roland and Jessica Dane will lead the third Triple Eight car, and Romy Mayer has been selected as race engineer.

All the pieces add up to genuinely high hopes.

“We love the sport, we love Bathurst and we love to go fast, and we’re a serious contender in the wildcard,” Ward told Speedcafe.com.

“I think Lowndesy and Decca will absolutely be a top 10 competitor; let’s see if they can go for a podium, that would be a dream come true for us and for them.

“But yeah, we’re never there to make up the numbers.”

Feeney and Ingall last year were on for a top 10 finish before the former crashed out late.

Nevertheless, Supercheap Auto was left proud of its effort and the platform that was subsequently laid for Feeney heading into his rookie main game campaign this year.

Although it will now be featuring in consecutive Great Races, Ward stopped short of formally committing to an annual Bathurst 1000 project.

“We’ll see. With the Gen3 introduction next year, we won’t have access obviously to the chassis we’ve had for the last two years, so we’ll have discussions,” he said.

“But we have got a great partnership with Triple Eight and we’ll see what the future brings.

“But right now we’re just focused on making this year’s Bathurst super with Lowndesy and Decca.”

Triple Eight will run Chevrolet Camaros in the 2023 Repco Supercars Championship, with the ZB Commodore model being passed down to the Dunlop Super2 Series.