McLaughlin declares himself a contender for Toronto IndyCar win

McLaughlin declares himself a contender for Toronto IndyCar win 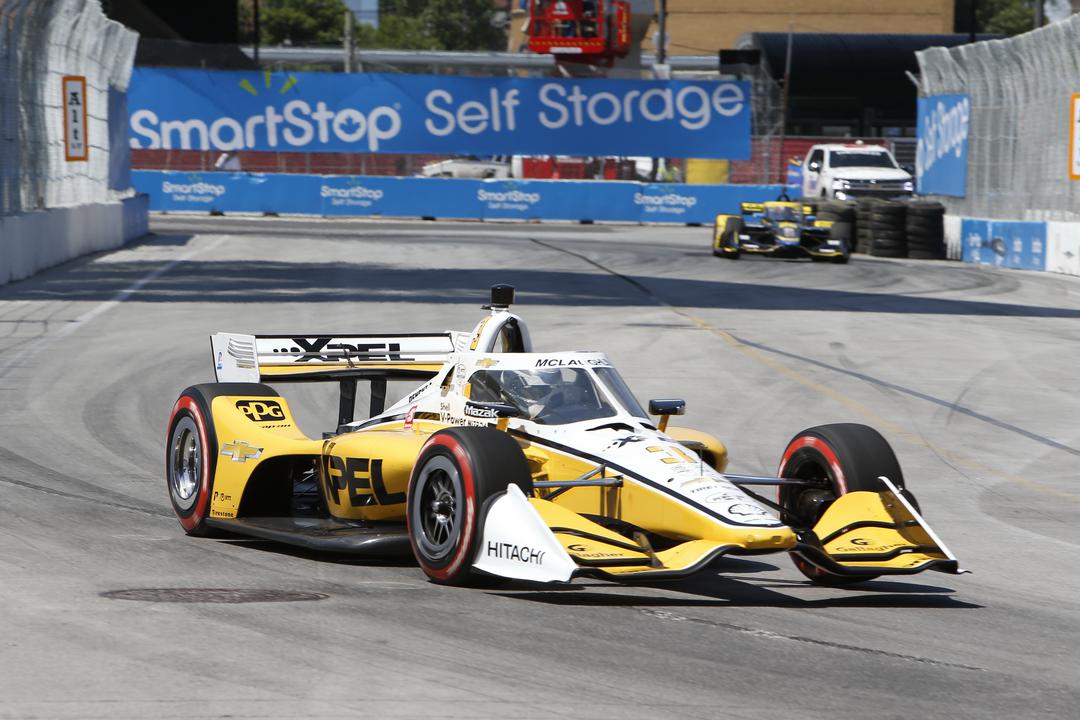 Scott McLaughlin is confident he can win the Toronto IndyCar race after qualifying sixth.

The New Zealander was one of two Team Penske drivers to make the Fast Six, an effort which he hailed as “awesome” given his inexperience at the Exhibition Place circuit.

The Toronto event was not held in either of 2020 or 2021 due to the COVID-19 pandemic, while this year marks only McLaughlin’s second full season in IndyCar.

Despite having thus never driven the track before, he snuck through the first two phases of Qualifying, taking sixth in Group 1 and again in Round 2.

McLaughlin clocked a 0:59.9558s straight out of the box in the Fast Six, and where there was no improvement thereafter, he was chuffed with his performance.

“Awesome first qualifying session here in Toronto for Xpel Team Penske Chevy, and to qualify in the Fast Six at a new track is a lot better than I did at new tracks last year so I’m very proud of that,” said the three-time Supercars champion.

“We’ve made some gains since 2021 and continue to gain with the team and car.

“I’m looking forward to tomorrow and think we can win the race from there.”

McLaughlin crossed the Canadian border as the most recent race winner, after qualifying on the front row at Mid-Ohio and leading the bulk of that race.

There, team-mate Will Power hauled his way from 21st on the grid to a podium finish, and the Queenslander is hoping for similar heroics tomorrow after a Kyle Kirkwood crash trapped him in 16th in Qualifying at Toronto.

In the #2 Penske Chevrolet, Josef Newgarden has earned third for the start of Race 10 of the season, after an engine problem in Practice 2, earlier in the day.

“It was a good recovery from our crew,” said the American.

“They put a whole new engine in this thing really fast after that second session and the car was great.

“I felt on that Fast Six lap that we were on a good one, a really good one, and then I ended up messing up at Turn 6.

“I overcooked the entry, tried to recover all of it on the exit, ended up touching the wall, and then it was kind of unravelled at that point.

“Really pleased with these guys, they did an amazing job, and so with Hitachi and Team Chevy, I think we’ve got something to fight with tomorrow.

“I’m really encouraged by that.”