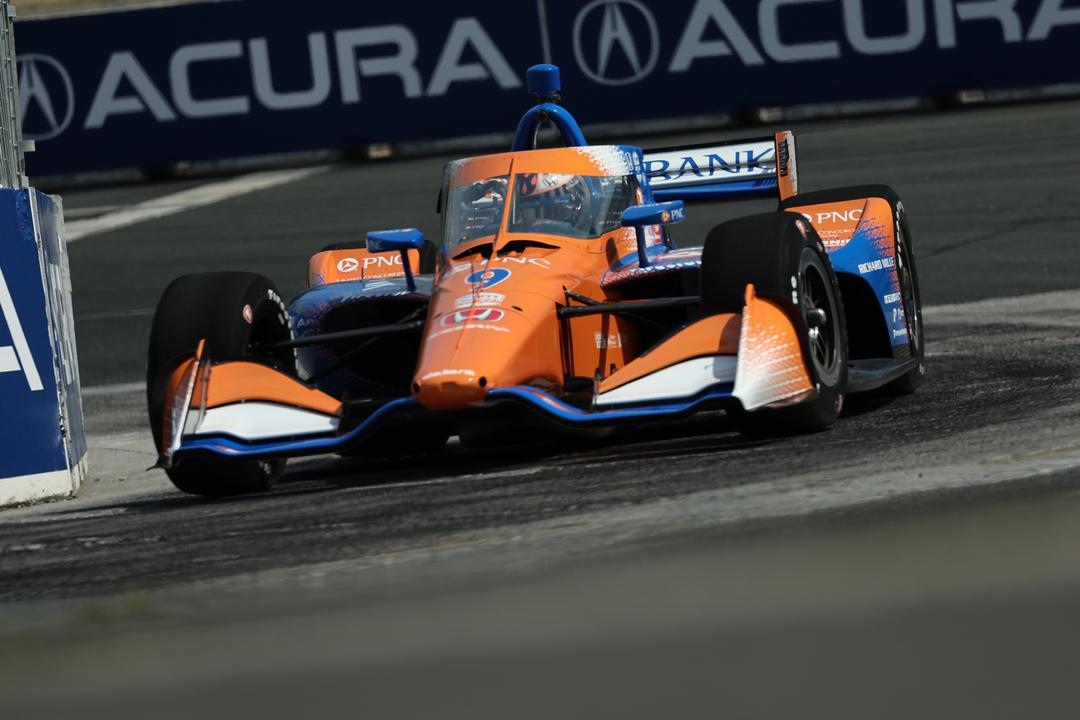 Scott Dixon expected the IndyCar field to be slower than it has proven to be in its first Toronto event with the aeroscreen.

The Chip Ganassi Racing driver qualified on the front row for Race 10 of 2022 in the series’ return to Exhibition Place after two full seasons away due to the COVID-19 pandemic.

The aeroscreen, which was introduced in 2020, has added considerable heft to the front half of the Dallara chassis and its impact in this year’s visit to Canada was a talking point on the way up.

“The track has been pretty quick,” said the New Zealander.

“I thought we were going to be a fair bit slower than what we had been running just with the added weights, the deficiencies that it adds to it.

According to Dixon, there is no discernible difference with how his car ride the bumps compared to three years go.

“In some ways, yeah, I would say it hasn’t really affected it at all,” he remarked.

“Maybe all of us have gotten used to it now because we’re a few years into using it.

“Again, that’s what I was saying about speed-wise, just the car is, to drive it, pretty similar to when we were here a couple years ago.”

Dixon has not qualified on pole position at any event other than the Indianapolis 500 since IndyCar went to Watkins Glen in 2016, and not won a race this year.

The six-time champion is, however, buoyed by how the #9 Honda rolled out of the truck on Friday, as he seeks to wipe out the 67-point deficit to team-mate Marcus Ericsson in the series standings.

“It’s been a good weekend for us,” commented Dixon.

“I think all the cars rolled off really well. Just trying to keep up with the track was a little bit of it.

“Q3 [Fast Six] was good; [I] Probably over-attacked on the last lap there, lost quite a bit of time in [Turn] 6. There’s always things you can improve.

“Congrats to Colton, it was a great lap. Looking forward to starting close up to the front and hopefully have a clean day.”